Sony has announced it'll partially restore most PlayStation Network services at some point this week, but confirmed at a Tokyo press conference that PlayStation Store will not return until "this month." 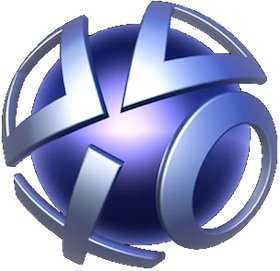 Two weeks after it went down, PSN will partially return this week with most services

PlayStation Store, however, will not. Sony says it will return only "this month."

10 million PSN users out of 78 million had credit card information.

Compensation includes free content and 30 day subs of PlayStation Plus to all PSN accounts.

An exact day wasn't confirmed other than just this week in a press release published on the EU PS Blog, but services to return include:

It's also confirmed that access to PlayStation Store will return at some point this month.

In terms of securing PSN further, actions taken by Sony to protect the network include:

And to compensate users over the downtime, Sony will give all PSN users a Welcome Back pack, which will include 30 day subs to PlayStation Plus for all users with current subs to get an additional 30 days, region-specific selected content for free and Qriocity subs will receive additional 30 day subs. Additional content offerings will be rolling out as PSN and Qriocity comes back to a "quality standard users have grown to enjoy."

It announced as well that 31 million US PSN accounts, 9.2 million UK accounts, 7.5 million accounts in Japan and 3.5 million Canadian accounts for the network. 5,898 accounts were also made in Ukraine. There's a full breakdown here.

In terms of hardware units being connected to PSN, close to 37 million PS3s and 16 million PSPs are connected worldwide, according to SCEI boss Kaz Hirai, although he insisted they weren't exact numbers.

"This criminal act against our network had a significant impact not only on our consumers, but our entire industry. These illegal attacks obviously highlight the widespread problem with cyber-security," he said.

"We take the security of our consumers’ information very seriously and are committed to helping our consumers protect their personal data. In addition, the organization has worked around the clock to bring these services back online, and are doing so only after we had verified increased levels of security across our networks.

"Our global audience of PlayStation Network and Qriocity consumers was disrupted. We have learned lessons along the way about the valued relationship with our consumers, and to that end, we will be launching a customer appreciation program for registered consumers as a way of expressing our gratitude for their loyalty during this network downtime, as we work even harder to restore and regain their trust in us and our services."

Hirai took to the stage in a media briefing to address the hacking crisis that has seen the service go down, personal user data compromised and the company as a whole under serious criticism.

The press conference, which began at 2pm JST (6am BST, 7am CET, 1am EST, 10pm PST, 4pm Sydney), was expected to speak about the breach, as well as the management plan and when we could expect PSN to go back online.

The full speech was being streamed on the Sony website here.

Hirai first began by apologising for what has happened before going into a timeline of what had happened in regards to the PSN downtime.

PSN seen an "external intrusion" by hackers two weeks ago, and was brought completely offline due to it. Since then, Sony has confirmed that personal user data has been compromised, and has not ruled out the possibility that credit card data was stolen.

The news has been reported worldwide on mainstream press as well as specialist outlets.