Let’s forget the fact that you play as a sleeper agent who goes around killing looters in a quarantined city for a moment and look at the core message of The Division.

Tom Clancy’s The Division (yes, the devoutly Republican Tom Clancy who wrote political thrillers that fetishised the military) kicks off when a pandemic sweeps New York. A terrorist group has infected banknotes with the smallpox virus, timing the attack so it coincides with the busiest shopping time of the year: Black Friday.

Oblivious to the connotations of a society being undone by a virus transferred via capitalism, Ubisoft would likely tell us it just wanted to make a game with Christmas decorations in it. The developer has a weird tendency to select a setting based on aesthetics alone. 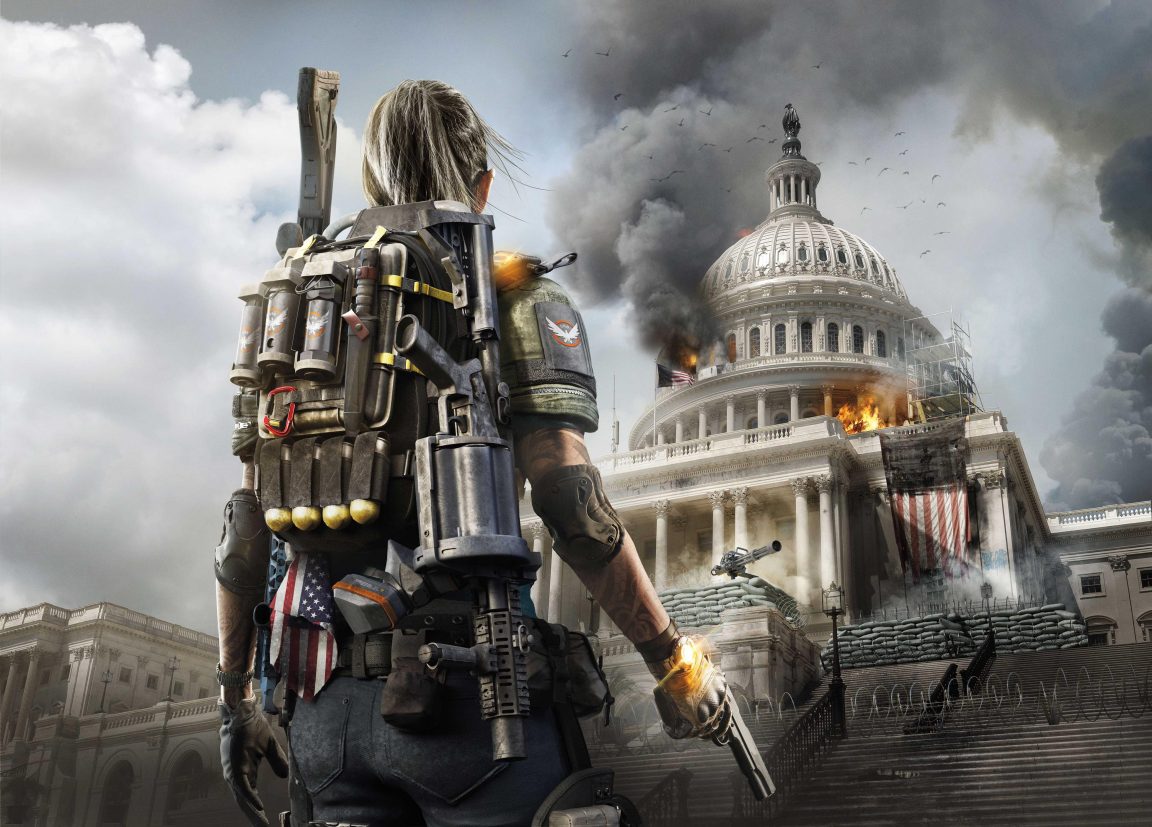 Ghost Recon Wildlands has you invading Bolivia as a group of US special forces in a bid to rid the world of drugs, taking part in pitched battles through civilian-populated villages. But enough about that, check out those salt flats. The developers went to Bolivia and took loads of pictures and everything.

The only game the studio has released in recent memory with any self-awareness is Watch Dogs 2, which looked into San Francisco's obsession with tech, highlighted privacy concerns, and touched on race and class in a city of wealth divides.

Next up it’s Tom Clancy’s (yep, his name is still attached to the series) The Division 2, a game about taking back the American capital from a corrupt government. Only it’s not really about that at all, according to Ubisoft. No, it’s a game about unity, apparently. It’s about coming together in a world where civil war rages in the US and the only way to stop it is to shoot people lots of times until their health bars deplete.

“We’re definitely not making any political statements. Right? This is still a work of fiction, right?” creative director Terry Spier told Polygon in a recent interview. “It’s not a political statement. No, we are absolutely here to explore a new city.”


Ubisoft has partnered with military-grade gear manufacturer 5.11 Tactical to include its items like backpacks and gloves in The Division 2.

According to Speir, the new setting is about contrasting against New York and maybe seeing some landmarks people recognise. “I loved the coldness of the first game and to be able to go to DC and actually get to feel the humidity and hot summer of East Coast weather. That’s what I’m most excited about,” he said.

It’s about feeling the heat in a medium where you can’t physically feel anything at all. We would potentially feel something emotionally, but forget that - gamers don’t have emotions, thoughts, or feelings. We’re not here to be moved.

What makes this whole situation worse is how the marketing team apparently didn’t get the memo. Ubisoft already apologised for sending out a joke email about the US government shutdown, and now it’s just put out this bullshit:

THIS JUST IN. Mexico responds to the deteriorating situation in the US. pic.twitter.com/xassgLoXLF

Yeah! Let’s just make light of children being ripped from their families, shall we? After all, it’s a freebie, since the game is apolitical and therefore can’t be criticised for its politics. Presumably that’s the logic at play here.

Marketing teams never shut up about brand identity. Somewhere along the lines, the marketing side decided that The Division 2’s brand identity is in how the game mirrors real-world politics. Its brand identity is political to its very core. Ubisoft has a shipping crate full of cakes and it’s stuffing each and every one of them into its huge fucking mouth.

Perhaps the real division is the gaping chasm separating the marketing team from the product it’s trying to bump up pre-order numbers for. Or, even more likely, Ubisoft knows exactly what it’s doing and it’s trying to hook people in with the promise it will have something to say, while at the same time pandering to those who don’t want to engage with themes in their video games.

In the end, we’ll likely get a product that says things by complete accident because the Washington Monument looks cool in screenshots. Grab a portable heater and position it so it blows directly into your face for the optimal experience.