Save big on Street Fighter 5 and grab a stack of PSN games with the latest Humble Bundle. 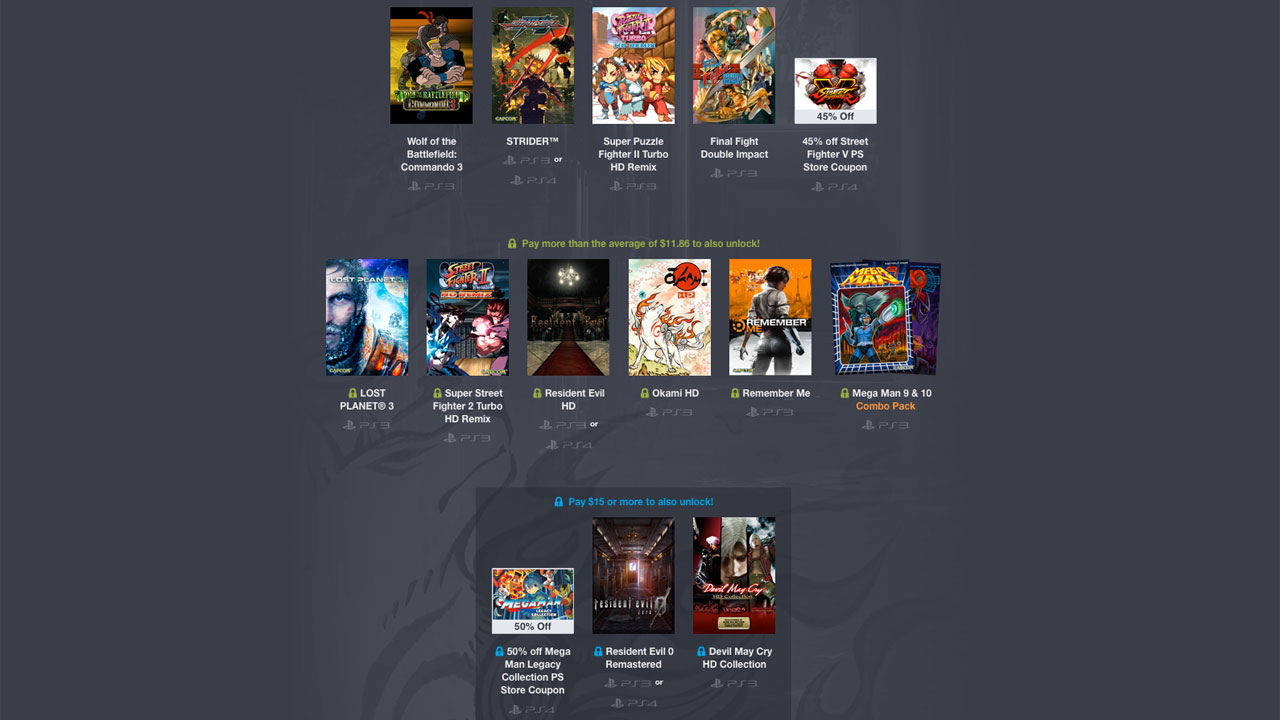 Humble Bundle and Capcom have teamed up to deliver the first of the pay-what-you-want scheme's packages for PlayStation consoles.

Although it's not the first time console games have featured in a Humble Bundle (Nintendo fans have lucked out a few times), it's certainly the largest console bundle so far and a very interesting development indeed.

Cough up $15 and you'll also get Resident Evil 0 Remastered (PS3 or PS4), Devil May Cry HD Collection (PS3) and a coupon for 50% off Mega Man Legacy Collection in the PS Store. The goodies in this tier probably explain why purchasers are coughing up a bit more than usual.

Although there are no DRM-free games in this one, the bundle remains true to the Humble Bundle spirit in another way - you choose how your payment is split between Capcom, Humble and charity. This week's beneficiaries are the International Rett Syndrome Foundation, American Red Cross, and Save the Children. Looks like you can't namer your own beneficiary this time.

Before you run off to take advantage, be aware that this bundle is only available for PSN accounts in the territories listed below. That said, in my experience if you have a spare email address lying around it's pretty easy to set up a US PSN account (it's free; you don't need PS Plus) as an alt log in on your PS3 or PS4. You can then install the games on that log-in.

Here are the eligible territories: