An ad in the latest Game Informer has outed Hitman: Sniper Challenge, suggesting the spin-off is likely to be the big announcement teased yesterday from IO this coming Thursday.

The Sniper Challenge spin-off will be available to those who pre-order Absolution at GameStop.

It'll offer a replayable sniper mission, an exclusive riffle with upgradeables that'll in all likelihood be in Absolution and prizes for the best snipers. Those prize haven't been detailed yet.

IO confirmed yesterday it would have a massive announcement for this coming Thursday, May 10. It's all but likely this is to be it.

Square had previously trademarked the Sniper Challenge name back in January.

Hitman Absolution launches later this year for PS3, 360 and PC. 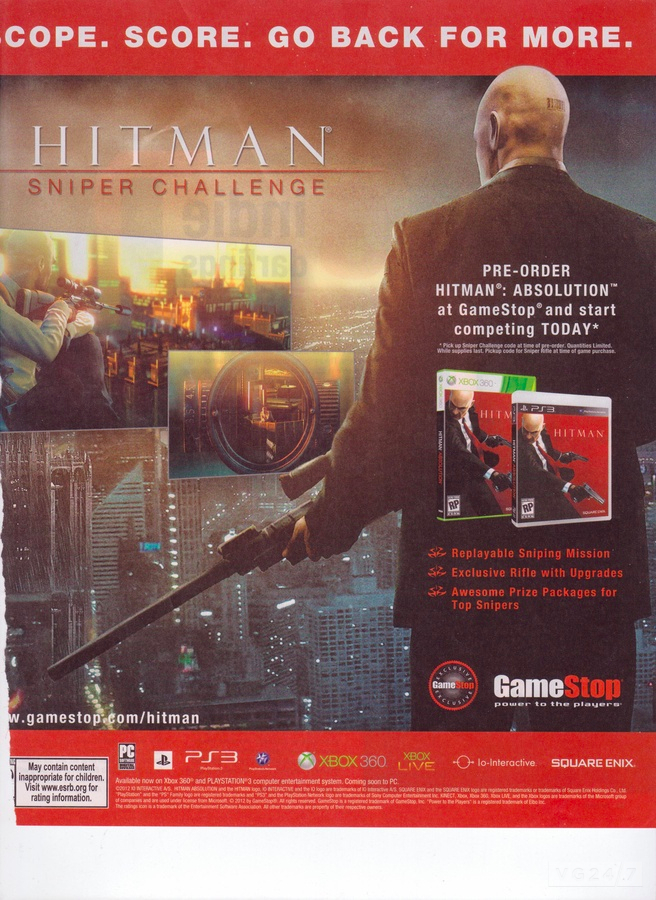