ArenaNet has announced the departure of two of its Guild Wars 2 writers - Jessica Price and Peter Fries - after they were involved in a Twitter to-do with YouTuber and Twitch streamer, Deroir, who is a partnered Guild Wars 2 content creator through ArenaNet's content creator program.

PC Gamer reports that writer, Jessica Price, created a Twitter thread on the topic of writing characters in MMOs vs. single player games, saying that it's easier to write "compelling" characters in the latter because they're rounded out characters as opposed to avatars that each player personalises.

Deroir replied to the thread, suggesting that branching dialogue options could be a way to allow players to "meaningfully express their character". 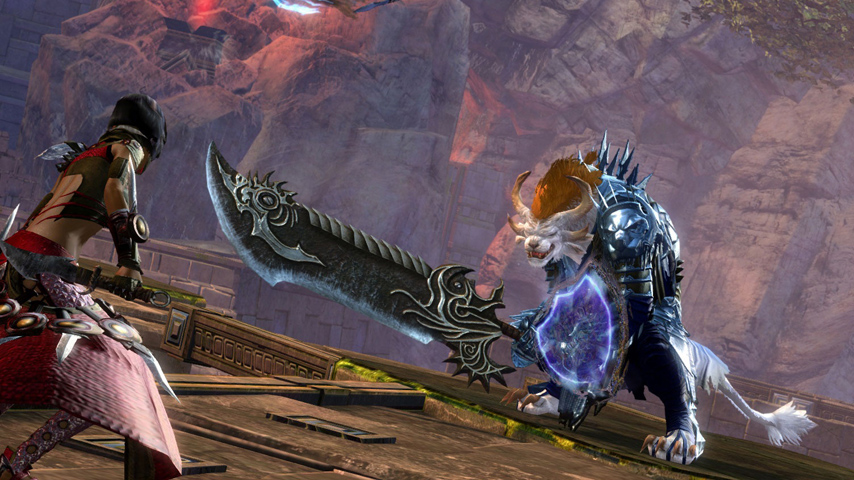 Price replied directly to Deroir, saying, "thanks for trying to tell me what we do internally, my dude," before retweeting his response to her thread in a tweet that indicated his feedback was unwanted because of his presumed lack of knowledge of her job.

Today in being a female game dev:

"Allow me--a person who does not work with you--explain to you how you do your job." https://t.co/lmK0yJWqGB

Deroir had already apologised, and apologised a second time, after which Price received criticism for how she handled the interaction, with a number of people suggesting that making the issue about gender was unnecessary. The sentiment was echoed in the subreddit.

Price's fellow Guild Wars 2 writer, Peter Fries, chimed in on the debate on Twitter - the tweets have since been deleted but nothing is ever really gone on the internet - saying that "she never asked for his feedback".

Since the brouhaha, ArenaNet president Mike O'Brien announced that both Price and Fries are no longer with the studio.

"Recently two of our employees failed to uphold our standards of communicating with players. Their attacks on the community were unacceptable. As a result, they’re no longer with the company.

"I want to be clear that the statements they made do not reflect the views of ArenaNet at all. As a company we always strive to have a collaborative relationship with the Guild Wars community. We value your input. We make this game for you."