Grand Theft Auto 5 pre-order artwork was snapped over the weekend, along with a 'Spring 2013' release window. An employee at GAME's Brighton branch has snapped their store's own pre-order art, confirmed the release window, and Tweeted it to the masses. See the new art below.

IGN reports that the Brighton branch of GAME tweeted the photo below, along with the message 'Pre-order now!!!!' 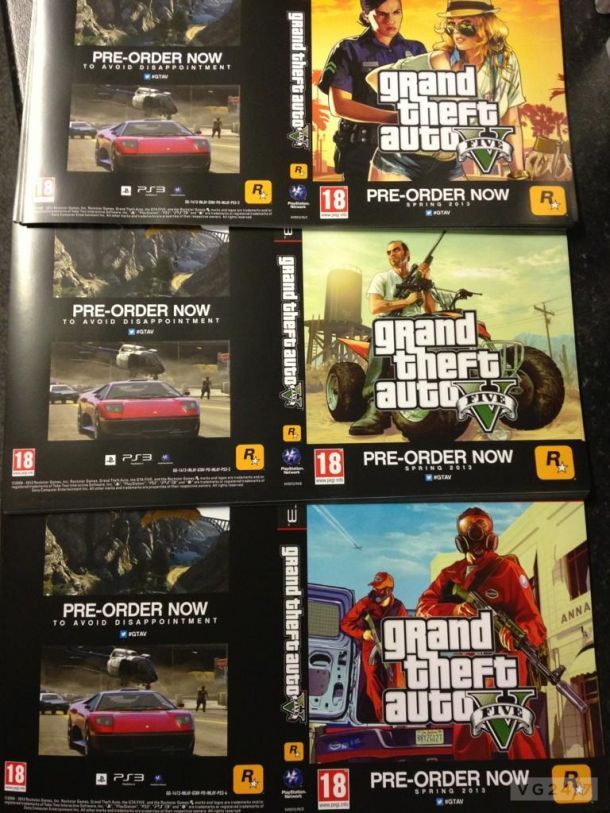 Not that the PC format is not listed on any of the artwork, suggesting a later release for PC.

The photos follow similar snaps that appeared over the weekend from the US. Check out the different artwork - involving a mean-looking dog - here.