There are quite a number of side quests to complete in the opening hours of Greedfall, each with their own moral dilemma.

The inhabitants of Serene are inflicted with an illness called the Malichor, and folks are facing some desperate times. As Lord or Lady de Sardet, you have the choice of helping the various factions in the port-side town or just rescuing your cousin and bailing on your noble duties.

During a conversation with Sahin, the Bridge Alliance Ambassador in Serene, he'll ask you to get rid of a Charlatan who is prompting a supposed miracle cure. He boasts that it is a cure for everything, except for the dreaded Malichor.

Completing this quest will have an impact on your standing with the Bridge Alliance, so here's what you need to do. Also, consider this your one and only spoiler warning.

Greedfall: what to do with The Charlatan 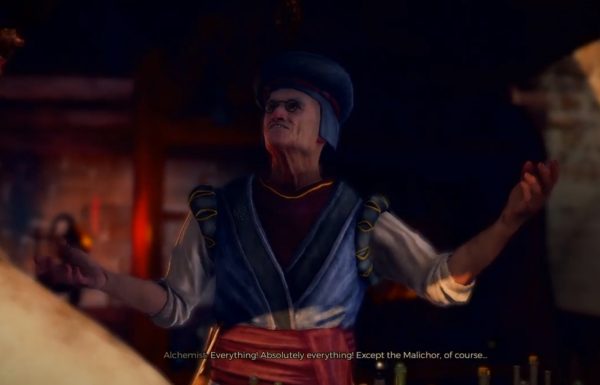 You can find the Charlatan to the right of the merchant and around the corner from the crafting table surrounded by a group of people. You can challenge him to drink the product, but he'll drink from a personal flask instead.

You'll then be prompted to grab a bottle of his snake oil. Go to the alleyway to the right of the cart, take a left and another left until you see his cart through the gate. Approach the cart and take a vial of his potion and take the letter from the Innkeeper from the chest nearby.

When you return to the Charlatan, he'll make an excuse and then run. He runs into a hotel room in the tavern, so that's where to head next.

If you head into the tavern, head through the door to the left and go upstairs. Go through the door to your right and you'll find the Innkeeper's Storeroom Key on a table. Then, head downstairs and to the right of the storeroom, you'll find the servant's door. Use the key to enter the room to find the Innkeeper's Key. Now, it's time to challenge the Charlatan. 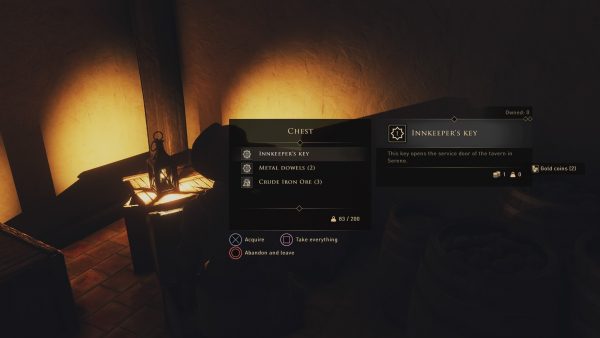 You have two choices here: arrest him, or help him flee the city.

He'll reveal that he's an Alchemist and that Sahin forced him to flee the Bridge Alliance as he disagreed with his peers poisoning prisoners in the name of science. You find a letter corroborating that behind him on a stand.

If you arrest him, you'll gain three Reputation points with the Bridge Alliance as well as 50 gold coins.

If you choose the other option, you can either try to negotiate with the crowd if your Intuition is high enough or sneak him out of the building. You'll need six health potions in order to negotiate or use your Intuition to convince them to leave with nothing lost on your part. If both attempts fail, you're in for a fight and will lose a Reputation point with the Congregation of Merchants.

To flee, head back and speak to the Charlatan and have him follow you outside. You need to climb the fence to the right and follow the path round back to his cart. He'll make a few comments about an angry mob and you'll encounter at least two groups of enemies depending on what difficulty level you are playing on.

You'll want to try and avoid the larger angry mob, so once you've climbed over the fence, follow the path to the right until you reach his cart. 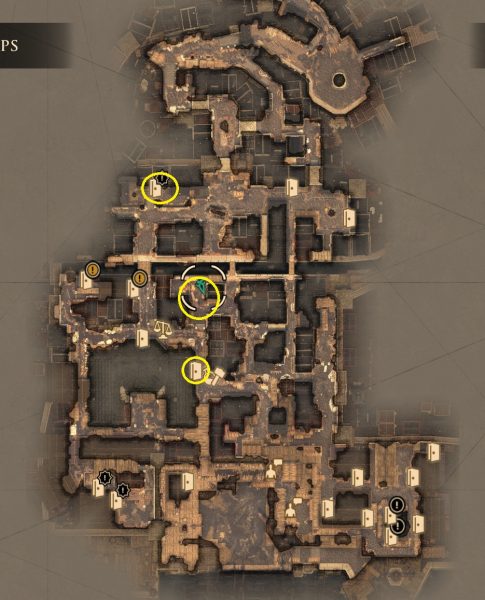 If you call out Sahid, you'll lose a Reputation point with the Bridge Alliance and receive 50 gold coins. If you say nothing, you'll gain one point and 50 gold coins. Regardless of which outcome you choose, you'll get 1000 XP for completing this mission.