PlayStation's acclaimed VR game Astro Bot is bundled with the VR headset for under £200 smackers - if you move quickly.

This bundle has reached an all-time low price of £199.85 on ShopTo. Although currently out of stock, it’s definitely worth waiting on shipping for a saving of such magnitude. 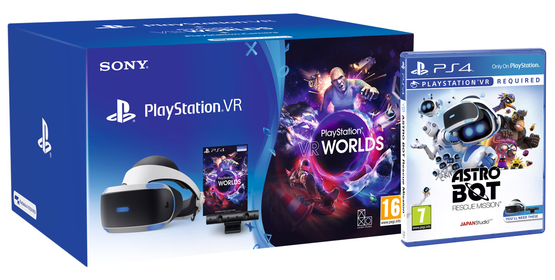 PS4 VR headsets originally cost around £350/$399 during launch in late 2016. These days you’re generally looking at around £240/$299 for a starter kit. For the most part the sets will come bundled with a games title, camera and as is the case of the now discontinued DOOM VR set, a controller accessory.

As the festive season draws ever closer, we’ll be sifting through incoming PS4 deals over at our Black Friday deals hub. There you’ll find the latest and greatest deals on Playstation consoles, games, VR and accessories.