To celebrate the impending release of Fallout 4's Nuka-World DLC, Fallout Shelter has been updated with some Nuka-World-themed content. 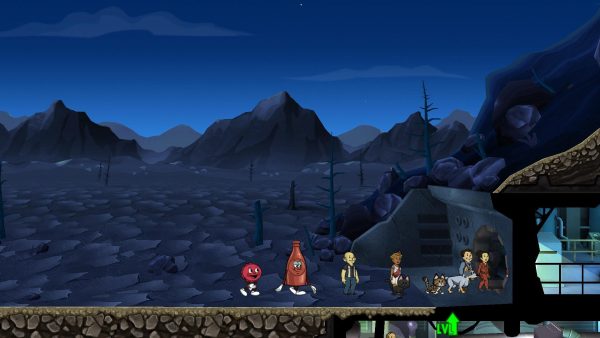 Update 1.7 has been released for Fallout Shelter. The update adds new quests, and introduces new Weekly and Special Event quests.

Bottle and Cappy, the mascots from Fallout 4's Nuka-World add-on are now part of the game. To celebrate the launch of the DLC, the first Special Event quest players get will be themed around the expansion.

If you complete this mission, Bottle and Cappy will appear in the vault. If you tap on them during their visit, you'll get free caps and Nuka-Cola Quantum. Weekly quests appear every Friday. Special Event quests will now occur on holidays, in the form of Holiday quests.

The update also allows you to skip quests by spending Nuka-Cola Quantum.

Fallout 4 Nuka-World DLC is out August 30.