Fable Anniversary developer Lionhead Studios is now accepting fan submissions for the game's achievements ahead of the game's release later this year, and one winning entry will make it into the actual game. 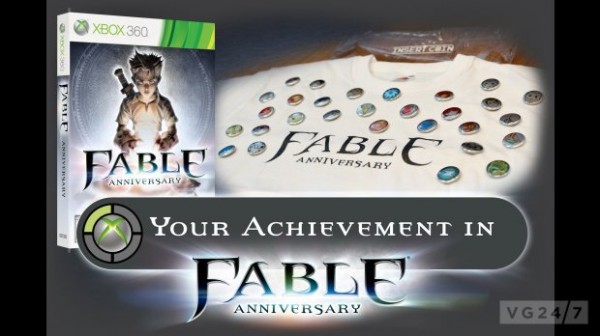 All you need to do is head over to the Lionhead forum and shout your idea at them in post form before July 14. Note: actually shouting at the forum with your voice will not count as an actual entry, it'll just make you look like a wally.

The top five suggestions will be picked by Lionhead, then pushed back to the public for voting. Once voting ends the winning achievement will make it into the game, its creator will be credited in the game's staff credits, and they'll receive a free copy of Fable Anniversary.

Each of the five finalists will get a game t-shirt and a set of E3 badges for their trouble.

What do you make of the above? Let us know if you have any mad ideas in the comments.