2004 was a long time ago - a whopping fifteen years, plus 2020, the year that has felt like a decade. That's basically twenty-five years (or sixteen, if you're a stickler for real linear time). In the fast-evolving world of video games such a period has the potential to feel longer still - a game of that age can feel so cripplingly old as to be unplayable. But not Evil Genius.

Evil Genius, the dungeon-building management sim that basically casts you as a Roger Moore era Bond villain, holds up well. It's one of those games that I still boot from time to time - like Lionhead's The Movies, it's a unique, open-ended PC game of the era that still charms today.

Because of this I was obviously pretty excited to hear that Rebellion Developments had begun to work on a sequel. With such a gap there's always a risk of the magic being lost, obviously - but this was still a game concept deserving of further expansion. Now, finally, I've seen Evil Genius 2: World Domination in action - and I'm pleased to report it doesn't miss a beat, gleefully picking up where its predecessor left off.

Indeed, were it not for the huge leap in graphical fidelity and complexity, you might think this were an expanded sequel from the same team and the same era. The unique tone and flavor of the original is retained - gloriously camp and silly, but also an unabashedly complex management and building game.

If you're unfamiliar with the series, Evil Genius casts you as a, well, Evil Genius, and you're basically tasked with managing a network of nefarious criminal activities, earning cash and building up resources in order to build a world-conquering doomsday device that'll make the governments of the world bend the knee to your superior vision. It's all private islands with hollowed-out volcano lairs, the innards bustling with evil minions in brightly-colored, matching uniforms. 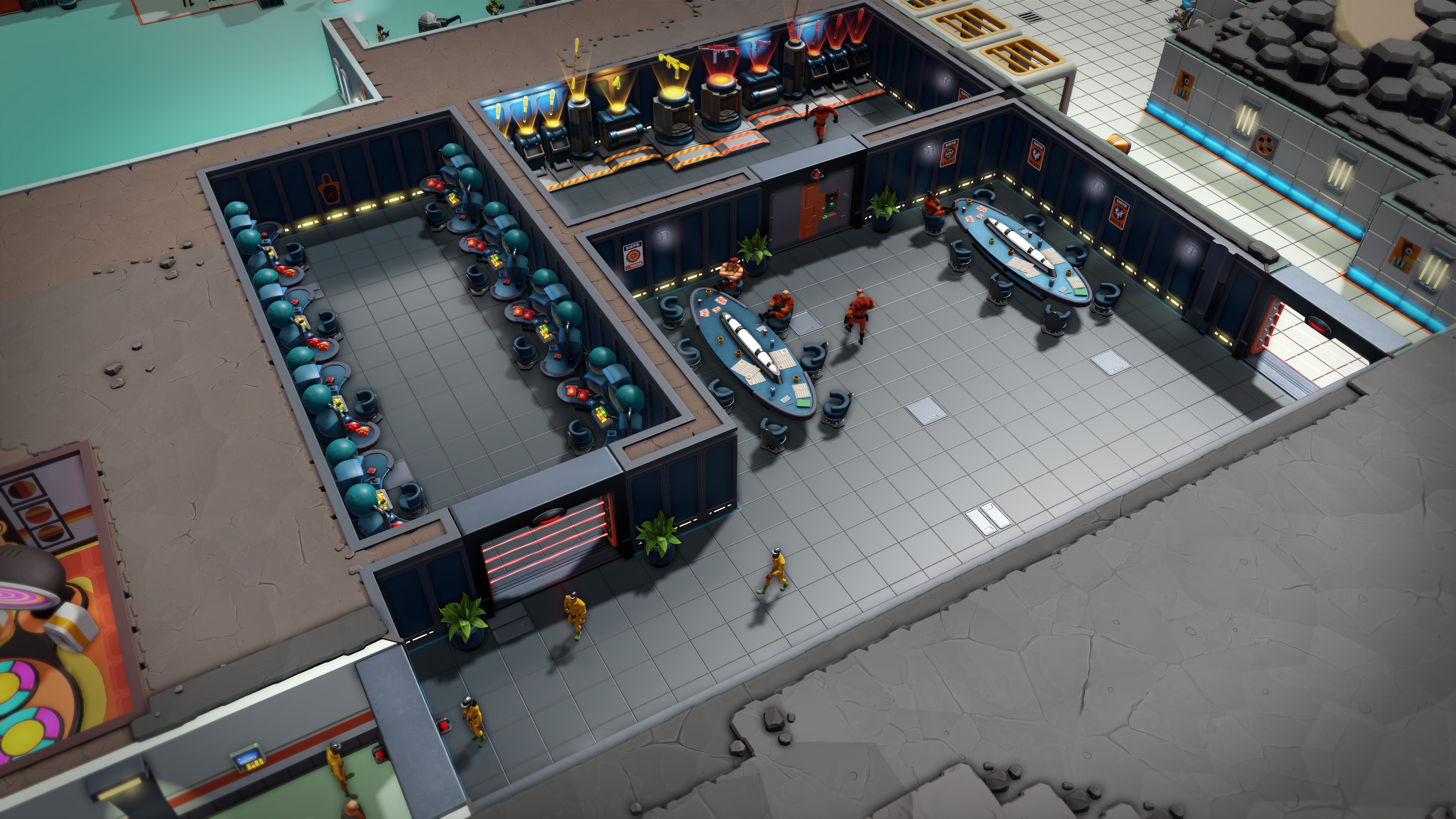 You'll start out by choosing one of four evil geniuses as your player avatar, and then one of three unique islands that'll form the heart of your evil empire. Each genius has their own skill set, bringing with it a specific playstyle you'll probably want to angle towards. There's more of a narrative around the anti-heroes, their henchmen and the spies who try to stop them this time around, but at its core this is still a management game driven by interlocking systems that bounce off each other rather than strictly by story.

It's your job to manage all of this. Your titular Evil Genius of choice is a live unit you can order around the map with unique abilities that grow and level up, but most of your time is spent thinking about things on a deeper level. You have to balance the needs of your cover operation - a casino on a luxury island - with all of the various criminal activities going on. Casino guests and enemy spies will become suspicious if they catch too many glimpses of illegal activity, rooms like science labs or armouries, or extreme defences like laser cannons - and suspicion is bad. Striking the right balance is key, because if an enemy agent makes their way into your base, they'll now be able to wear disguises that make them harder to detect.

At the core of Evil Genius 2 is managing your minions - employees of your evil empire. They're in many ways at once the first and last line of defence of your base, and depending on their skill level, they'll do a bit of everything - deal at the Blackjack tables to keep guests distracted, develop new evil technologies and equipment as scientists, or chase down enemy spies as guards and muscle. You determine what areas a minion trains in, which sends them down branching specialism career paths.

Each minion you hire into your evil organization has their own stats and attributes which determines what they might be good at. We see a guy who has Flower Pressing as a noted hobby, for instance - the sort of delicate soul who might not be the best fit for dishing out violence as a guard. It's up to you to manage minions, promoting them into the right jobs to maximize their abilities - and terminating those minions who let you down. Putting the right minions into the right job is vital; a particularly perceptive guard might see through a spy's disguise and raise the alarm before they can do too much damage, for instance. 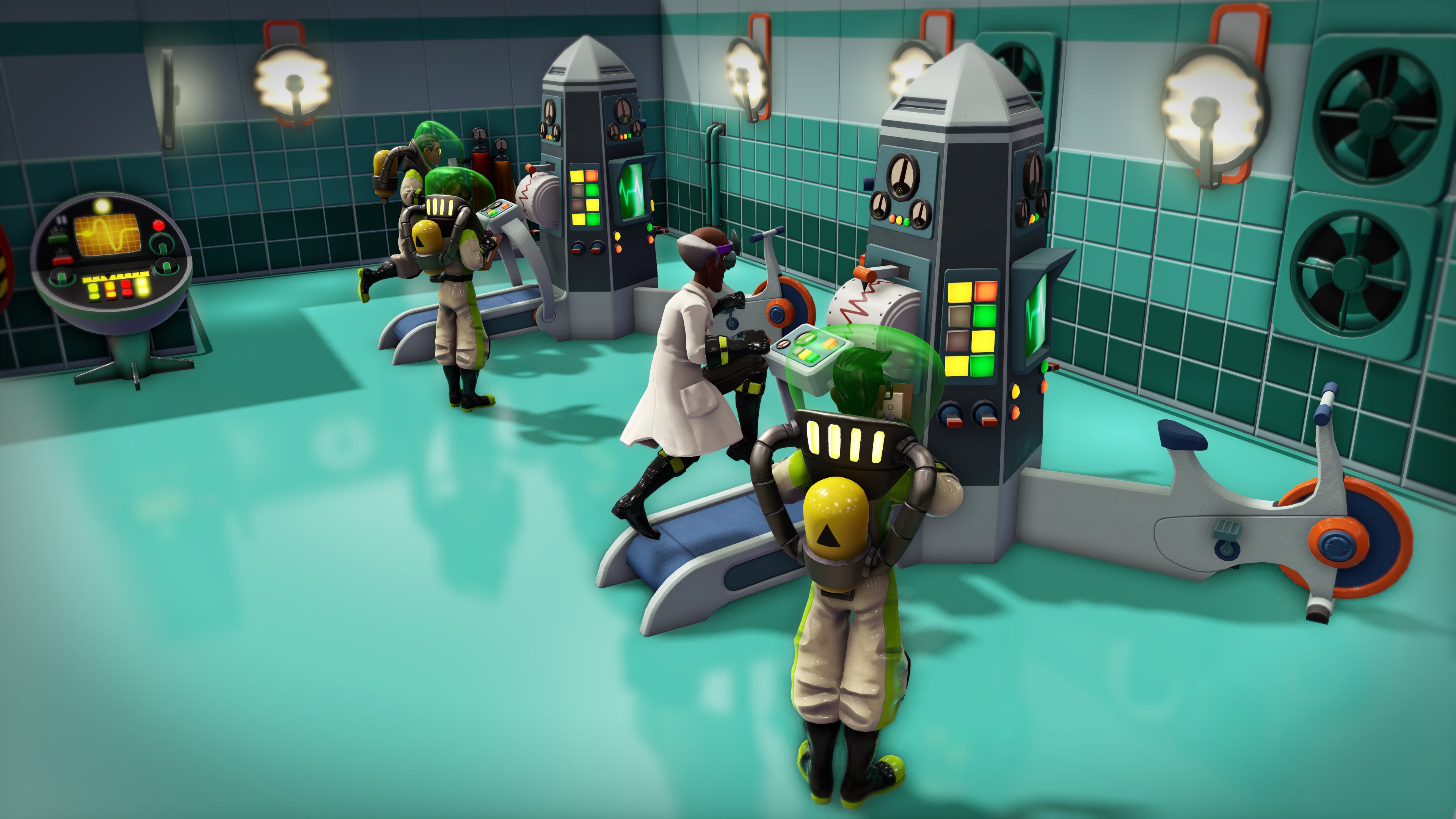 You'll be focused on your base, but you can send minions and henchmen out into the wider world to commit crimes. You might steal famed world artefacts - in this demo, the doors to the lair's treasure vault are actually the doors from Fort Knox, stolen in a raid - or you might try to expand your criminal empire by performing major crimes or staging hostile take-overs of existing criminal ventures.

As you do all this, you'll be constantly pursued by the Forces of Justice - including a variety of Bond-like super-spies. You have to set up your lair with traps and distractions to keep them at bay and help out your security forces, but as previously noted the spies are now smarter than ever, making use of disguises and other advanced methods to evade capture.

This is the loop, and to players of the original Evil Genius it'll all be quite familiar, albeit here in a significantly expanded format. This is a game that is dedicated to its source material despite the passage of time. The time between games is even referenced - a similar amount of time has passed in the Evil Genius world, which means some characters have aged appropriately based on that. One henchman, Red Ivan, is now an Evil Genius in his own right. In other cases, you might come across the offspring of a familiar face from 2004, carrying on the family legacy. These are small touches, but they demonstrate the smarts of the sequel's development team to not mess with a formula that created a cult classic.

Current restrictions make hands-on time with unfinished builds of games difficult, but even just watching, it's clear that Evil Genius 2 fulfils my long-time hopes for a sequel: an expansion on what made the original brilliant, with all the camp humour and unique mechanics intact. The original has been rightly regarded as sacred and used as the absolute foundation of the design of this very belated sequel - and that's fine. It wasn't broken, and it didn't need fixing - and that means this could be another cult classic in the making. Evil Genius 2 is set to arrive at some point in early 2021.