We haven't seen official confirmation of what the Nintendo NX is yet, but we've got an increasingly long list of the games that will be available on it. 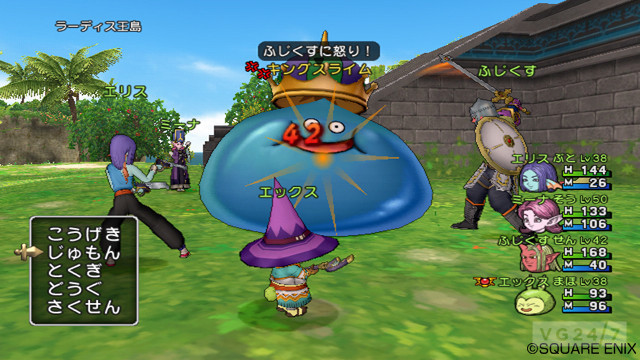 The latest confirmed title, according to the latest Famitsu (as reported by DualShockers), is Dragon Quest 10.

Dragon Quest 10 is an MMO that has already appeared on the original Wii and Wii U, as well as the 3DS, PC, and on Android devices. It's also coming to PS4.

Currently, Dragon Quest 10 is only available in Japan, despite reports four years ago that it would eventually release worldwide.

The NX version would presumably be version 4.0, with the game having undergone numerous iterations since launch. It's currently in version 3.3.

It also seems likely that Dragon Quest 11 is hitting the NX, although there seems to be some dispute online about whether this is absolutely confirmed or not.

Dragon Quest 10 thus becomes the 4th confirmed NX title, after The Legend of Zelda: Breath of the Wild, Just Dance 2017, and the upcoming Sonic game, even if we're not likely to see a release outside of Japan.