Dead Island: Riptide will take you back to tropical zombie hell next year. VG247's Dave Cook speaks with Deep Silver about the flooded paradise of Palanai, the game's plot, co-op play and much more. 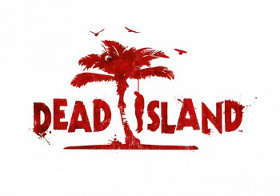 The original game is set on the resort island of Banoi. It launched in September 2011.

Weapons were a big focus, giving you wide crafting options. Electrified Katana? No problem, as long as you have the ingredients and cash to make it happen.

Interest in the game began when its first teaser trailer surfaced. It's emotional and caused quite a stir. Watch it here.

Techland's Dead Island is an oddity of sorts. It's not the most polished game of the generation, nor could anyone state that its bug-free, but it was refreshing to see gamers overlook things like visuals and stability in the name of a fun co-op experience and their love of the undead. The concept worked.

The game's debut trailer courted controversy for its grandiose depiction of a hotel resort under siege by zombies, culminating in the slow-motion, reversed death of a young girl. Whatever one thinks of the subject matter, the clip got people talking and propelled expectations higher.

Of course the final game bore none of the trailer's sentiment and devolved the tone down into more of a brash swagger, but when experienced in four player co-op mode, it was a blast. It was pretty clear from the outset that the Polish developer had a franchise on its hands, and speculation began about where the series could go next.

Some theorised that 'Dead City' could see the action go inland, or that 'Dead World' would place an MMO spin on the formula. VG247 asked Sebastian Reichert, creative producer at Dead Island: Riptide publisher Deep Silver why his company and Technland opted to stay in the tropics for now.

"Of course this is a very important question that we also asked ourselves," Reichert explained, "But the request from the fans after the success of Dead Island was very clear - they want more and they want it ”now”. However, creating a whole new setting will take a lot of time.

"So the question shifted to, 'Do we have enough ideas in the same setting to offer another great experience, or do we have to shift the setting to deliver a full experience?' Dead Island Riptide is the answer to that. We changed the setting partially, built in new features fitting to this different environment and now we make sure the experience rocks again." 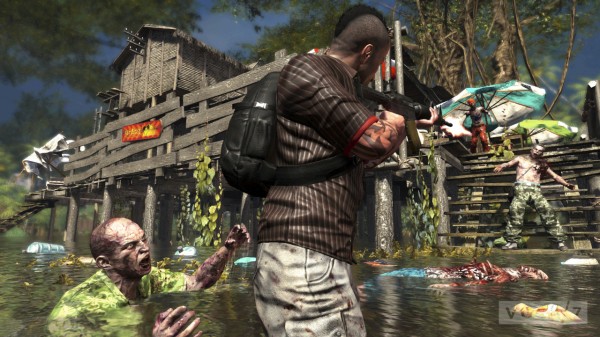 Visually, this is looking like a step up over the original.

The new setting is Palanai, another island on the Banoi Archipelago. It's an upper class port island where the rich peddle their yachts and life the high life. It's also frequently battered by monsoons which has led to intense flooding and decay, making it hard for the game's survivors to travel.

Water will play a big role throughout Dead Island: Riptide, as players must use row boats to cross bodies of water while fending off wading or swimming zombies. If anything it adds more pressure on survivors to move and act with caution. As such, the new city hub of Henderson promises to be a water-logged maze of hazards.

We ask Reichert if sticking to an island setting may cause the game to feel slightly stale, but he reassured us, "No worries guys, with the flooded jungle the whole experience of this game will feel really different. The additional defensive gameplay, the boat, and the advanced character development will make sure that you are diving into a different experience."

“Plot-wise, ‘darker’ is good description of where we’re heading, but of course we stay bright and beautiful on the outside. We are taking a very special step in this instalment and we are looking forward to see how the fans react to it.”

"For example," he continued, "in Dead Island, the beauty of the island was often created by man - Beach Resorts, Hotels and such - and the terror was created by the zombies. This main design theme has changed. Palanai is an island full of natural beauty such as wonderful waterfalls, contrasted by natural destruction, storms, monsoon, rain, and of course the zombies."

Reichert gives us a sly wink to remind us that there is still an undead element at play here, and that hasn't changed a bit. If anything the zombie threat and the environmental challenge will make for a more challenging experience. Another constant is the original survivors, so we ask Reichert why Techland didn't opt for a new cast.

"We saw how much people actually played the game," Reichert replied, "we realised that they really like those characters, and they invested a lot of time into building them up. So it was clear to us that we should give them the opportunity to keep exactly those characters from Dead Island and import them into Dead Island: Riptide."

The issue of save importing has been shrouded in mystery so far, and both Techland and Deep Silver refuse to budge on the issue, but we managed to tease some information out of Reichert, "we will expand the characters skill sets to higher levels and to broader skill trees. We have to create a skill system that stays interesting over the course of the whole game, when the starting level could be already 43. 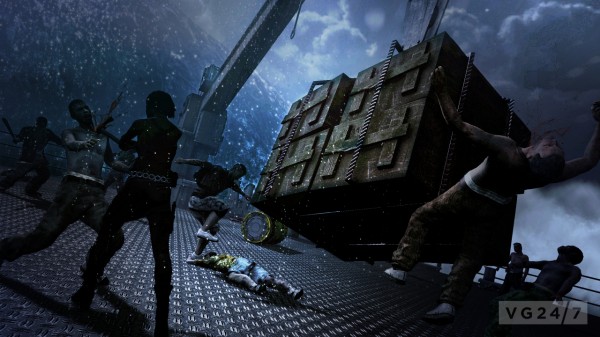 'Darker and with more rain' seems to be the remit here.

Reichert added, "In case you want something new, we will also offer a new, fifth playable character." The new character in question is John Morgan, Dead Island: Riptide's resident melee specialist. He's a failed US-Navy recruit who ended up in a less-glamorous ship cook job. When his Navy craft approaches Palanai he hops overboard and begins destroying things with his fists. He sounds like a lovely guy.

With a grittier setting and increased difficulty, Dead Island: Riptide is falling closer to the tone of its CGI trailers, but we had to ask Reichert if this really is the case once people get past the trailers and actually start playing.

"Plot-wise, 'darker' is good description of where we’re heading. But of course we stay bright and beautiful on the outside. We are taking a very special step in this instalment and we are looking forward to see how the fans react to it."

“The trailer, like the one for the first game,” Reichert explained, “tells a story from the world of Dead Island. Its purpose is to set up an atmosphere – show the desperation, the seeming feeling of helplessness that exists for normal human beings in this world after the zombie outbreak.”

Reactions are important, and few trailers got quite the same reaction as the debut Dead Island teaser did last February. As we've mentioned earlier in this piece, the grandiose atmosphere presented in the clip simply didn't resonate in the final product, and Techland has opted for the same approach in Dead Island: Riptide.

The new teaser trailer shows a couple huddling in their moored yacht as the undead horde descend on it. They lovingly look into each other's eyes as they prepare to light a stack of gas canisters, blowing themselves and several brain-chompers sky high. It's emotional sure, but we asked Reichert if it gives off the wrong message.

"The trailer, like the one for the first game," Reichert explained, "tells a story from the world of Dead Island. Its purpose is to set up an atmosphere – show the desperation, the seeming feeling of helplessness that exists for normal human beings in this world after the zombie outbreak. But of course, with the player as the hero the situation changes completely as you will be delving directly into the fight against the zombie hordes."

So it's not a complete representation, but just one of many tales to be told on the island. Rather than present an emotional take on what's happening, Riptide's actual gameplay will once again include crafting, violent zombie slaughter and co-op play. Multiplayer made the original game vastly more enjoyable, so we asked Reichert for his thoughts regarding online play.

"Our co-op approach is clearly a huge reason for the success of the game," Reichert admitted. "Everyone can play with everyone. Players can play together, but they don’t have to. It is also possible to roam around on your own, while the multiplayer experience is still there. Of course we thought of some nice improvements for Dead Island Riptide."

Reichert continued, "Since Co-op is one of the most important elements of the Dead Island experience, communication between players is a topic we particularly want to address. Therefore we will add features that will enhance the way players can interact with each other in co-op mode."

All of the ingredients of a solid sequel are present in Dead Island: Riptide, but we had to ask if Reichert feels that the zombie bubble may burst one day, and how Techland is looking to keep the format fresh. Zombies are seemingly everywhere after all.

"We offer the terror of a zombie outbreak with all its implications," Reichert explained, "while we also give the player the chance to fight it. Riptides creates the zombie apocalypse the way it should be. While we show the horror, we give the players the chance to experience it as desperate heroes. You are not a super soldier - at least not in the beginning - but you are also not dying from one little bite, and a very important thing is: zombie killing can be fun."

Empowerment is important in many games, and few can deny that running through pack of zombies with a motorised circular saw strapped to a baseball bat is fun. Zombies give us endless, guilt-free enemies to mow down, maim or shoot without repercussion, and Reichert - as well as many of you reading this - wholeheartedly agrees.

Dead Island: Riptide launches across Europe on PC, PS3 and Xbox 360 from April 26.