Thanks to some clever showmanship from Sony, E3 2013 was a PR disaster for Microsoft. What effect will this have on the next generation of console wars? Almost nothing, Brenna argues.

Eventually, as Microsoft irons out the wrinkles, the inconveniences of the Xbox One will become less and less apparent, and the benefits of the licensing system will become obvious. It’s entirely possible that Microsoft is actually ahead of the trend on this – as it was when it focused on online multiplayer, coming into this last generation well ahead of Sony. We’re expecting discs to be gone entirely within the next two generations.

As everybody piles on to the Microsoft hate train, there are a few dissenting voices. Microsoft itself, of course. A few rare opinion pieces from industry types brave enough to handle the storm of Twitter abuse that follows from breathing a word of support for the Xbox One. And most interestingly, the analysts whose job it is to know where the money is.

I'm no Xbot, kids; I was a rabid Sony fangirl before I saw the light of platform agnosticism (otherwise known as tax deductible hardware purchases). It took me years to pick up an Xbox 360 and I barely use it, since I don't like the control pad (small hands, see) or have time for many multiplayer shooters. But I know I'm going to get an Xbox One eventually, and truly I think if you are the kind of person who invests in more than one console, you probably will too.

Sure, the Xbox One online stuff is inconvenient but just look at these games. If Sony had announced it would also implement a used-games blocking licensing system - and if publishers had gotten behind it - that would have been an entirely valid argument. Xbox One checks in online once a day - but it has Halo 5. Xbox One won't let you rent or borrow games at launch - but it has Titanfall. In a not very alternate world, Sony did the same thing and we ran pretty much the same article twice, once for each conference, CTRL+F-ing in the appropriate first- and third-party exclusives.

Xbox One seems, at this point, to have some quite annoying restrictions - you need a solid Internet connection and you can't swap and trade your games as you've grown accustomed to. This last one is a real hassle for hardcore fans as games aren't exactly cheap, and if they abide by the system they'll be stuck playing fewer games - that's not a good scenario for anybody, as it means less diversity and more of the focus on blockbusters which has made the end of this generation such a grim time to be working in triple-A console games.

But "quite annoying" could also easily be applied to PC gaming. Many of the restrictions Microsoft is introducing have been common in PC gaming for years, where the idea of trading used games is only just cropping up as a possibility again.

Although he had plenty of praise for Sony,
Rob argued in his analysis of its E3
presentation that all Sony had to do to "win"
was capitalise on Microsoft's PR bungles.

This video is a perfect example of how it did
precisely that.

Over the last two decades PC gaming has, if you look at retail sales charts, dwindled to practical non-existence. And yet you and I both know that's not the reality. Digital distribution has exploded despite the fact that decent Internet connections aren't as common as the fortunate tend to believe, and while the triple-A space is still fraught with frustration like late releases and shifting DRM policies, in general you can pick up any major game, often more cheaply than on consoles, and play it with virtually zero hassles. On top of that, the indie, mid-tier and experimental scene on PC (and to a less degrees Linux and Mac) is incredibly robust. It's fair to say that the vast majority of truly innovative, exciting design, stuff that will inform the industry's future for generations, is happening on PC first, and nowadays, almost everybody has some kind of PC.

As Valve got better and better at what it does - expanding to new markets, improving its services - the excuses began to run dry, and eventually Steam became a thing accessible to everyone but a handful of people in extraordinary situations and those in neglected territories, where there are a lot of potentially more serious problems to contend with, too. It still has its vocal opponents - die-hard anti-DRM advocates who will never get on board - but for the most part Steam has become not a hassle but a convenience and a thing we celebrate. Valve is the Good Guy, the white knight of video gaming.

If you were there, if you dipped into the oily vitriol that greeted Steam's debut, did you ever expect things to turn out like this? Maybe it shouldn't have. Maybe we should all be die-hard anti-DRM advocates. Maybe DRM really is purely anti-consumer in all its forms. I'm in two minds on that issue, and I'm not interested in debating it here. What I am interested in is whether the same thing is going to happen to the Xbox One. Will this storm blow over, as so many have before it?

There's nobody better at moaning and complaining than People On The Internet, and gamers are among the best at it. Fronting excellent arguments against anti-consumerist behaviour, we fill messages boards with our anger - but come launch day, we promptly forget our intentions and buy right into the hype. 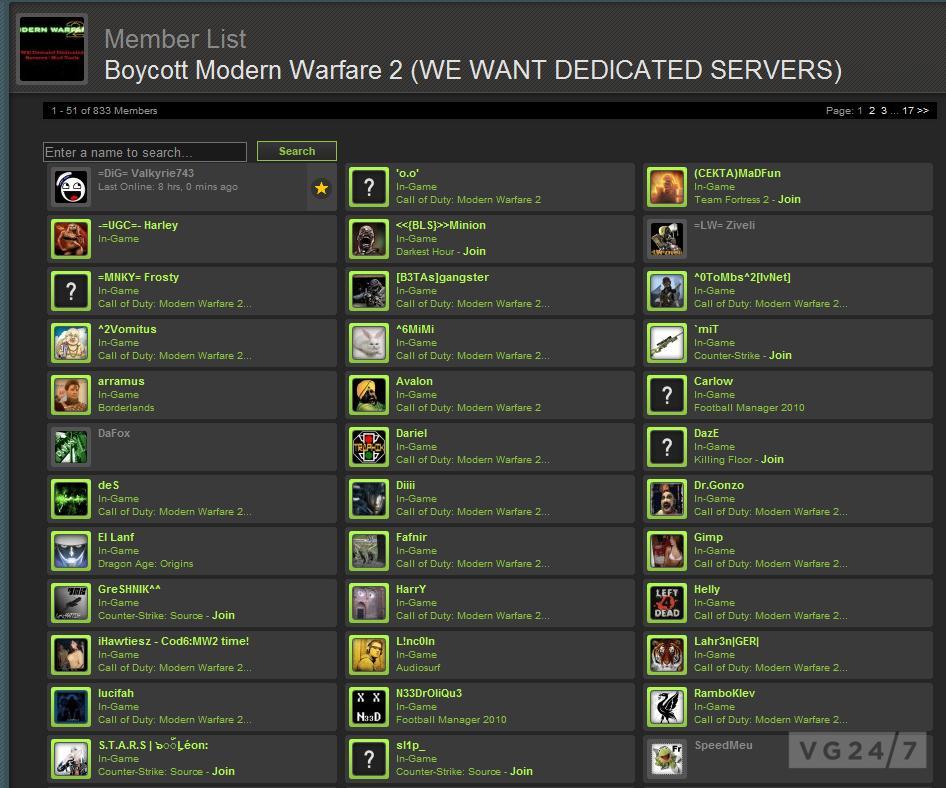 I think it will. The Xbox One's daily online authentication is difficult to justify, it's true. By essentially turning the discs you buy at retail into an easier way to get games onto your console's hard drive than downloading it every time you decide to reinstall, Microsoft is, potentially, opening the doors for piracy, and of course it's going to try and lock that down. But that's not a popular thing to do, and in general is less successful than adopting a friendly stance like CD Projekt's, and I suspect that if anything changes about Microsoft's licensing systems, it'll be that - the anti-piracy daily authentication will be axed in favour of a softer system like Steam's, with an offline mode.

I expect you'll eventually be able to rent and trade in games, too. Microsoft has already said it's exploring it, and probably was before you started howling for blood; it's a complicated legal issue which Steam is only just starting to pay attention to, and it will take time to sort out. Apart from a few vocal outliers, nobody inside the industry really seems to want used games to go away. EA, the publisher voted most unfriendly to consumers and the most trigger-happy on the online pass and DLC front, has publicly distanced itself from Microsoft's talk of a fee to trade games. Nintendo has said publishers aren't really that bothered about blocking used games. Retailers are backing the console strongly, a thing they wouldn't do if they feared the used-games trade was on the way out (remember that platform holders still really, really need retailers to sell hardware, which always makes almost no money for the shop; it's a complicated business relationship).

Eventually, as Microsoft irons out the wrinkles, the inconveniences of the Xbox One will become less and less apparent, and the benefits of the licensing system will become obvious - easy access to your entire game collection without having to haul discs around, lots of cloud support features, and one day maybe even cheaper games as a digital focus lowers production and distribution costs. It's entirely possible that Microsoft is actually ahead of the trend in chasing a digital future - as it was when it focused on online multiplayer, coming into this last generation well ahead of Sony. We're expecting discs to be gone entirely within the next two generations, really, and online multiplayer really has become a major thing.

We’re not the 35 million who buy Call of Duty and Madden every year; we’re not the people who actually fund the games industry. We’re the grumpy, cynical, noisy minority whose voices echo back and forth in a closed circuit, magnified by the narrative of games media.

I think that the violent anger Microsoft has triggered will be forgotten, just as so many gaming "scandals" are. (Remember Modern Warfare 2's dedicated servers protest group? And the screenshot - see boxout - showing that the day the game launched, most of the members were playing Modern Warfare 2?) Maybe it shouldn't be forgotten -I don't know - but the Xbox consumer base is so much bigger than the core gamers who are educated on the topic of and disgusted by DRM (especially when we narrow that group down further to the ones who will actually stick by their avowed intention not to buy in) and we don't know what that broader audience thinks and wants. We don't hear from them. They weren't watching E3; they're not arguing on this website.

If Apple produced a living room box with exactly the same parameters as the Xbox One it would sell enormously to non-core gamers, and its a similar consumer base Microsoft will get on board to help the Xbox One gain acceptance - keen on gadgets and services, but not passionately dedicated to the hobby. I'm sorry, my friends, but you and I here in this space are the minority when it comes to spending money on video games. We're not the 35 million who buy Call of Duty and Madden every year; we're not the people who actually fund the games industry. We're the grumpy, cynical, noisy minority whose voices echo back and forth in a closed circuit, magnified by the narrative of games media.

No matter how strongly we rail against the Xbox One, how much we all focus on the negatives instead of embracing the positives, the Xbox One will sell and it will be successful. After all, it's got Halo. It's got Titanfall. It's got all your Xbox Live friends. And it's got your Gamerscore. Eventually, it will have you.