Code Vein has been sold as anime Dark Souls, but it's more than just that.

From almost its very first trailer Code Vein earned a little nickname from me: Anime Souls. That's no bad nickname, either. Some people love the Souls games and some people love anime, so there's certainly an audience out there for whom this is the perfect, exciting game. But there's a lot more to it than that.

The newest game from the minds behind the successful God Eater action RPG series, Code Vein represents a chance for those creative minds to clean the slate with a new kind of game - and one that is more keenly targeted at a worldwide audience. God Eater is a little like Monster Hunter but with more story bells and whistles - large-scale battles against huge enemies with RPG progression attached to satisfying real-time combat. It's the closest rival to Monster Hunter in Japan and has even spawned a successful anime, but it's never received enormous recognition in the West.

Code Vein and God Eater director Hiroshi Yoshimura explains that Code Vein aims to pair the challenging thrill of "high pressure" Souls-like combat gameplay with some of the elements that set God Eater apart from its rivals - deep story, anime visuals and a winding plot. Recently I had the chance to sit down with Yoshimura, where we talked about setting Code Vein apart from the Dark Souls comparisons, combos, and an interest in Western expansion for his work. 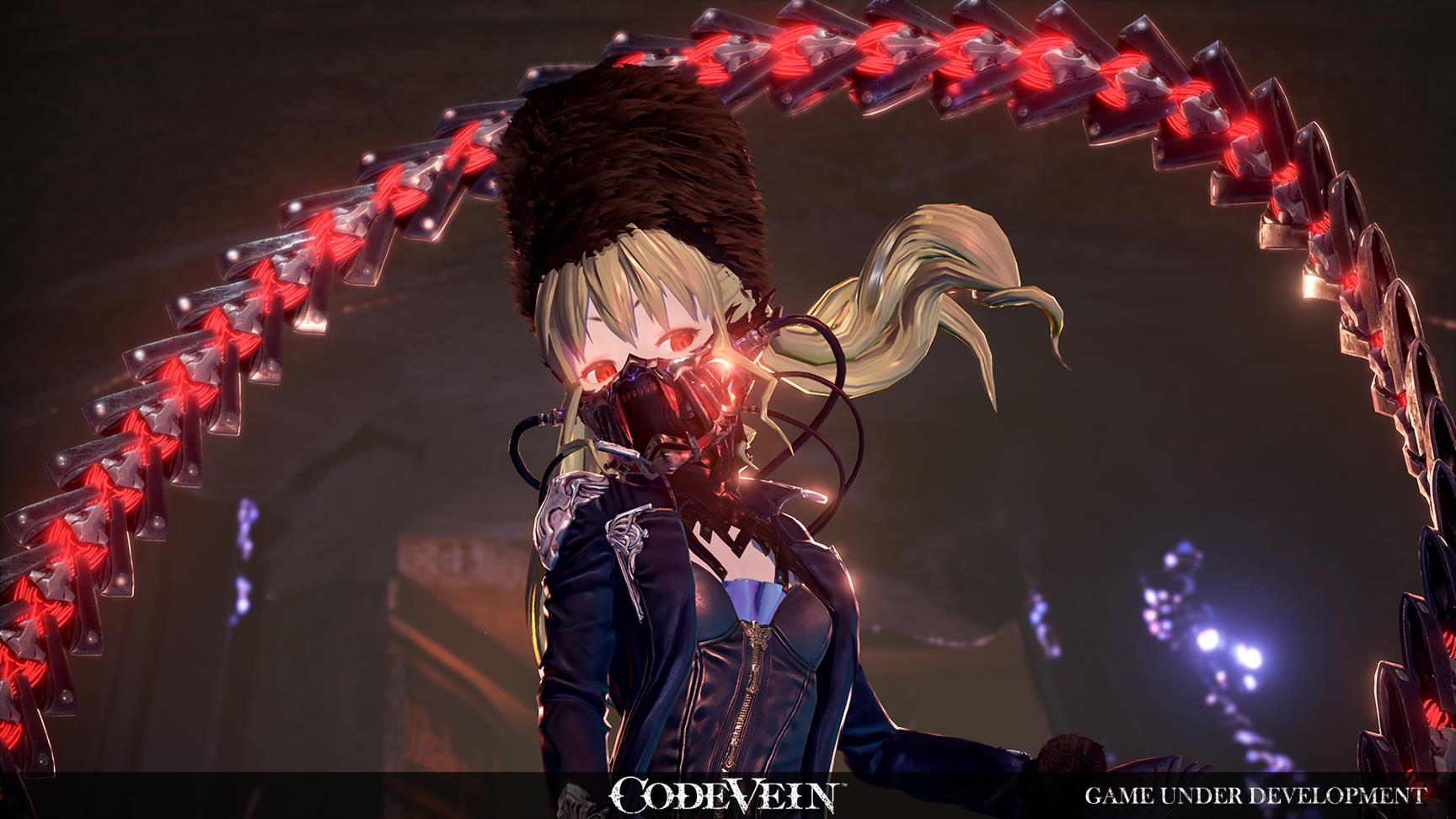 VG247: This sort of genre - the difficult, challenging action RPG - it's had a surge in popularity. We've had a science fiction one, a gothic ones... but you're the first to pair that with an anime look. What was the thinking behind taking this path?

"There's a lot of character behind the story and drama behind the story, too. We do have that unique flavor of narrative in there, so we wanted to feature that within the dungeon action RPG genre."

This is a post-apocalyptic world. You can see from the artwork - it's chaos. These characters we have are vampires. They're very strong individuals, but they have the drawback where they need blood in order to survive. Once they reach a point where they don't have that blood supply, they turn into these ghouls called Lost.

The problem in this world is that the supply if blood is depleting, and so more and more Lost are appearing as vampires turn into them, and the humans are turning into vampires when they get bitten. This creates a chaotic world where characters are trying to figure out where they can find blood - especially when monsters are everywhere, where it's dangerous everywhere.

Most of the enemies in this game are Lost - they used to be your allies. These vampires turned into these ghouls, and within the game you'll find bigger, stronger Lost, and as you fight and conquer them you'll learn their backstory - there are whole new stories that unravel. It's not just about going through the dungeon and completing it, but also about getting these whole new story lines that add depth to the game world.

The shortcut I've heard used to describe this game is 'anime souls' - but in your words, what sets it apart from the games it's been compared to so far? Putting the Dark Souls comparison aside, what most excites you?

[laughs] That's a good term! But yes, the battle system is driven by very tense one-on-one battles, kind of like Dark Souls. The thing that separates us from Dark Souls is really.. well, like I said, it's because they're vampires. Because of the blood they suck, they can use these special abilities called gifts. These gifts allow you to for instance speed up or create shields to block enemy attacks.

By using these gifts, it gives you that very fast-paced action that you'd see in other games also. It becomes a combination of the Dark Souls style high tense battle with a very high pace action - that's what sets us apart.

You mention the pace - where do you think you find yourselves on the scale from full-blown action game like a Bayonetta, down to a more traditional straight-up, methodically paced RPG? How was it for you finding a balance between action and RPG?

When we decided on action RPG - yeah, it's challenging. It's really a fusion of that very one-on-one high tense battle with the Devil May Cry or God Eater very fast paced action. That's the action part of it. The RPG side of it we're really focusing on is the element of growth - so your parameters are going to go up.

Maybe dexterity will go up and you'll then move faster. Maybe strength will rise and you'll be able to wield heavier weapons and swing weapons faster. As such you'll have that element of bringing your character and leveling it up - that's the RPG side, and we're trying to balance that with the fast action in the game.

Something we don't see as often in action RPGs is the ability to do more action game style combos to a full degree - is that something you see potential for here, or does it clash too much with the high tension side of things?

Well, the main focus of this game is vampires. As you can see in the art, she has that kind of metallic stuff... that's special gear that the characters have called a blood veil, and that's used to suck the enemy's blood. There are different kinds of blood veils in there, and they're used in the action. You need to figure out the right timing to use those abilities to suck the blood - you're going to get attacked if you don't do it correctly!

There are ways where you watch the enemy's actions you can wait until after they've attacked and use it in their moment of weakness, or you can do something like a combo where you attack and actively create that moment of weakness in order to use the blood veil to suck the enemy's blood. That's the kind of combos we've providing. 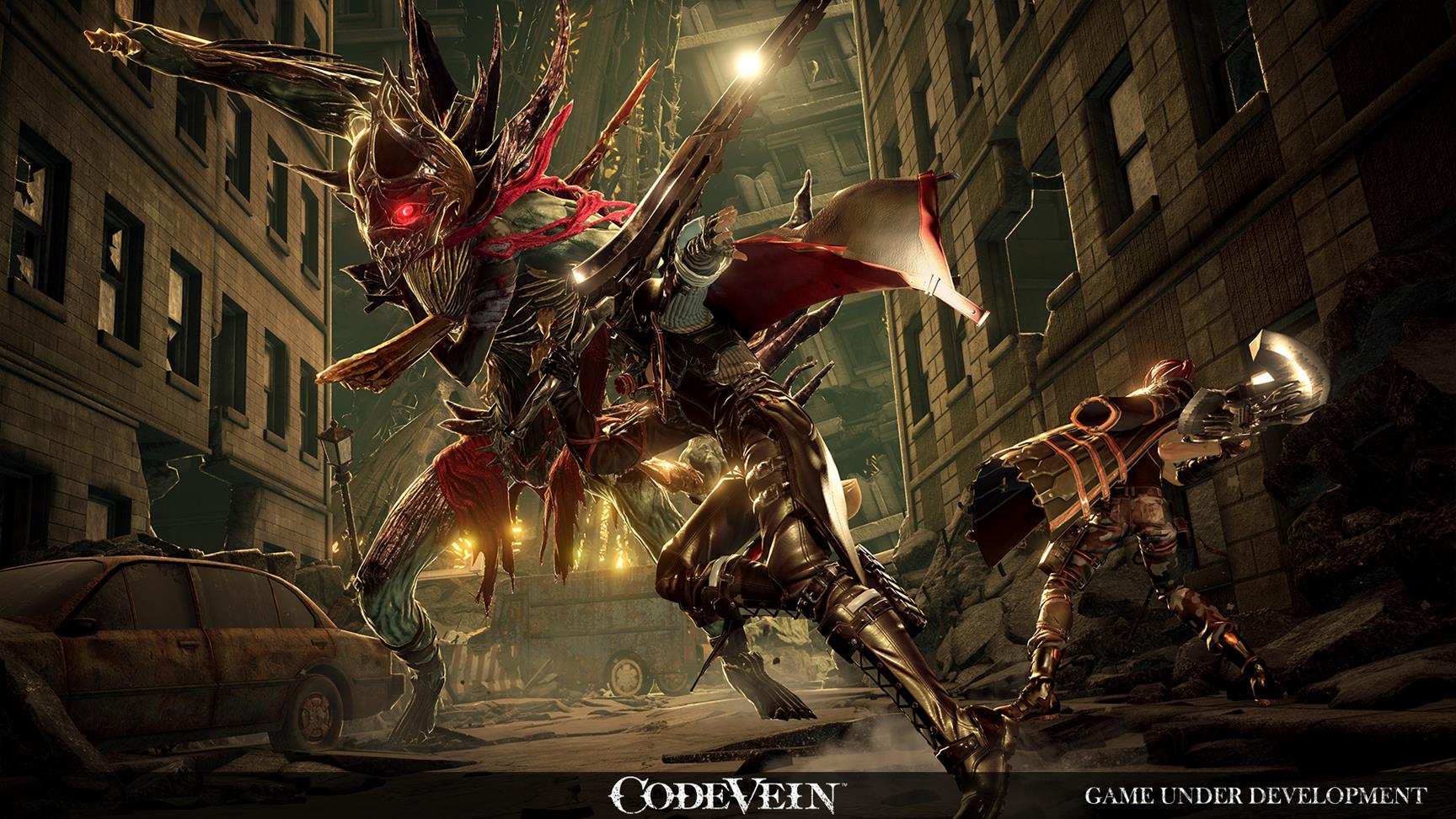 "Since it is a worldwide release, we did try to focus a little bit more on the Western audience in terms of gameplay."

Do you have particularly high hopes for a Western audience for this game? What do you consider your main target?

Definitely on the gameplay side - since it is a worldwide release, we did try to focus a little bit more on the Western audience in terms of gameplay. But since we are still a Japanese game company, by bringing that unique character and story that Japanese developers really bring in we're trying to draw in the Japanese audience also. Since anime is so popular now worldwide, we hope to get a lot of the Western audience involved in liking that side of the franchise also.

Obviously after years working on God Eater - this is quite a switch. What's changed for you as a developer?

So, first off... I just want to say... God Eater's not done yet! We're still working on new stuff, so look forward to that! I just want to let you and everyone know that. But... what we've learned from the God Eater series is that whole user communication - getting feedback from the users and really trying to make something that the user would really like. Using that and also wanting to start a new franchise from zero - I wanted to work on that, a new idea but with communication in mind. That's why I started Code Vein.

For the God Eater franchise, we focused on the Japanese users and what their feedback was, but for Code Vein we're looking worldwide - we want the feedback from everywhere, and we'll try to create something that everyone will like.