Trademarking ‘Cyberpunk’ doesn't mean no one other than CD Projekt Red will be able use the world in their games. 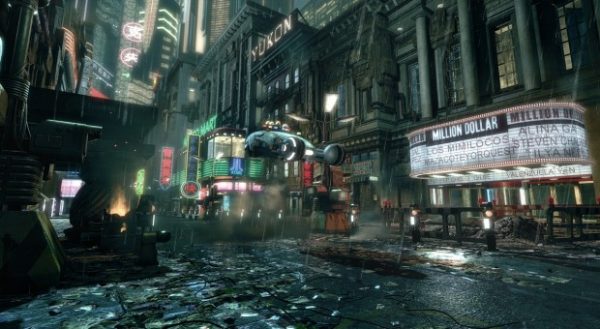 Over the last few days, it came to light that The Witcher 3 developer CD Projekt Red had filed a trademark for the word "Cyberpunk" in Europe.

The hubbub was in large part to a Reddit post where fans shared concerns the trademark registration, if successful, will end the use of the word in any context, such as other game names. Though the practice of registering trademarks of words pertaining to intellectual property is certainly not new, fans of the studio believed the move to be un-CD Projekt Red.

The studio has now responded on Twitter, explaining the reason behind the registration, hoping to assuage some of these concerns.

"We want to protect our hard work and we don’t plan on using the trademark offensively - It’s a self-defence measure only," wrote the developer, before going on to outline why the move was necessary.

Basically, CD Projket Red wanted to make sure no one else will be able to use the exact name "CYBERPUNK" and naming scheme, such as "CYBERPUNK 2077" "CYBERPUNK 2078" and so on. This was done after the studio bought the rights to other Cyberpunk trademarks previously owned by the author whose work the game is based on.

"A trademark is not a copyright or patent - these are totally different rights and they should not be confused," CD Projket Red wrote. Owning this trademark does not prohibit all uses of the word, according to the developer, only its commercial use.

The more interesting point here, and the reason why people were up in arms on Reddit, is that this registration has the potential to prevent other games from having the word "cyberpunk" in their titles. CD Projekt Red says this should only be a problem when there's a risk of consumer confusion, but it does not extend to using it as a descriptive term.

"The role of the trademark is only to protect words, signs used as titles of games, names of products etc," the statement reads.

"If someone names their game 'John Smith: Adventures in a Cyberpunk Soctiy' or '20 short video games set in cyberpunk worlds' none of them should be treated as infringement of our rights.

This is because, despite being part of the title, there is no risk that consumers would associate these games with CD Projket."