Stainless games has confirmed that Carmageddon: Reincarnation will release as a downloadable title in 2012. 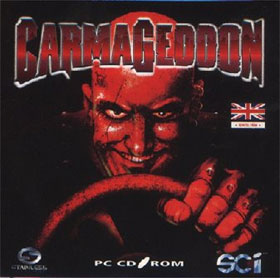 First released in 1997, and achieved notoriety by getting censored in many countries, including the UK and Germany.

Stainless is the original developer, and has since created downloadable titles based on existing IP, such as Magic: The Gathering and Risk.

It's now official that Stainless has "reacquired" the Carmageddon brand from Square Enix, following previous rumours. Stainless is the team that developed the original PC titles Carmageddon and Carmageddon 2: Carpocalypse Now.

The new game is described as being in "early development" and will release as a download. No platforms have been confirmed.

Stainless is "actively seeking a partner with whom to move the project on to full production."

"Carmageddon has returned to its Indie developer roots, and the time is right to bring the game to a new audience,” said Patrick Buckland, Stainless co-founder and CEO.

“Originally an ambitious title that tested the hardware limits of its day, we’re excited that the game will finally get the showcase it deserves on today’s platforms.”

Fellow studio co-founder Neil Barnden added: “Carmageddon: Reincarnation will feature the same black humour and comic violence that made the original game such a success.

“All the laughs, the crazy power-ups, and extreme destruction will return. We will make sure the existing fans get what they want and expect from a Carmageddon game, and a new generation discovers the delights of sliding into a Cunning Stunt.”

Check out the game's site and Twitter feed for further updates.