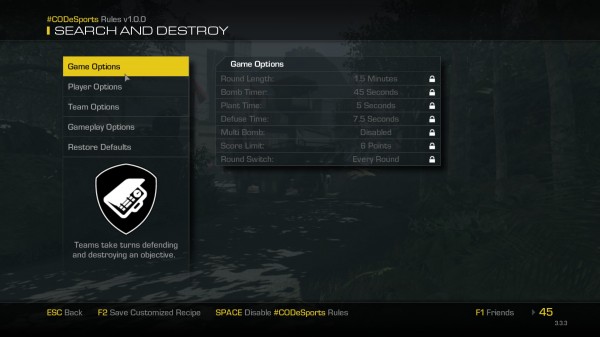 It follows the leaking of several new Call of Duty: Ghosts DLC map names. If the leak is correct, Modern Warfare 3 map Dome will return.

According to Reddit user mkapex1, the update removed menu stutter issues, and that the, "6GB requirement to launch the game has been waived for 4GBs.”

They added, "Some cod esports stuff in private match was added," and, “In game stutter still exists (tested on amd parts) the framerate still caps to 91 confirmed.”

Infinity Ward's update also adds eSports rules to various game types, and broadcasting mode that gives announcers control over viewing matches. We've got images of both additions below, courtesy of MP1st and mkapex1.

What do you think of these changes?