Playing Burnout Paradise today, one thing is clear: it was a trailblazer. This is a racing game that released a decade ago, where players battle for rankings across an open world map populated with seven actual humans. You can dick about, you can be social, you can be competitive.

Peering into your rearview mirror as you play Burnout Paradise in 2018, you can see the ghost of modern game design zip past in a barely detectable blur before jumping through a billboard. Where’s Xur this week? He just smashed into oncoming traffic. See you later, Xur.

Not only did it have the ideas, Burnout Paradise’s original incarnation on PS3 ran like a dream, managing 60fps on the notoriously finicky hardware. You can tell the developers poured their essence into it. After speaking to Criterion GM and executive producer, Matt Webster, it is clear the racer still holds a special place in the hearts of those who birthed it.

“We put so much into Burnout Paradise,” Webster says. “You can play it as an arcade racer, you can play it online as a hyper-competitive racer. There was a ranking system for the ranked races, there were Freeburn Challenges which are social, cooperative type experiences for up to eight players. We had rivalry tracking, and asynchronous play - competing for Road Rules times.” 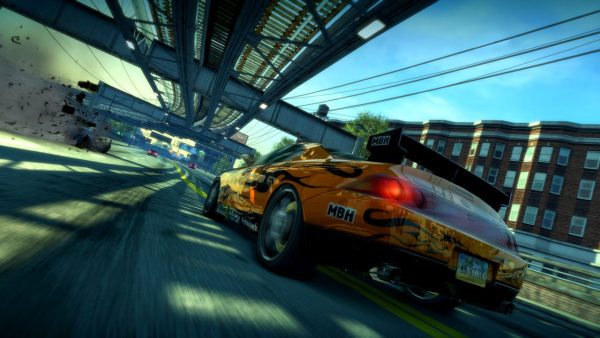 A couple of years back, there was a flash of possibility that we would see a return to the searing speed of Burnout Paradise in an unnamed racer Criterion showed off at E3. In it, boats, helicopters, and cars all battled for first place across an untextured, blocked-out map. It was only a prototype, but it never saw the light of day. Webster is reluctant to share the reasons behind its cancellation, but he says it isn’t the death knell of the arcade racer. Not by a long shot.

“There’s a whole bunch of reasons about why we moved onto different things, which we’ll talk about over a pint maybe,” Webster says. “I think we will learn a bunch from Burnout Paradise reaching a new audience. The reason why we’ve done this is a lot of fans are constantly asking for us to remake one of the games we’ve made in the past. The reason we went to Paradise was because there were so many things that were ahead of their time - there are features in there that are as fresh today as they were ten years ago, particularly the online stuff. That game came alive online.”

That is crucial, that online connectivity. Ultimately, that is why it was Paradise Criterion and EA chose to remaster over the older games in the series. Releasing Burnout Paradise again to a completely new audience is not just an exercise in putting money in the bank - Criterion wants to learn from the re-release. “The maturity of the platform networking is super helpful,” Webster admits. “That area in particular will find a fresh audience. It will teach us a huge amount.” 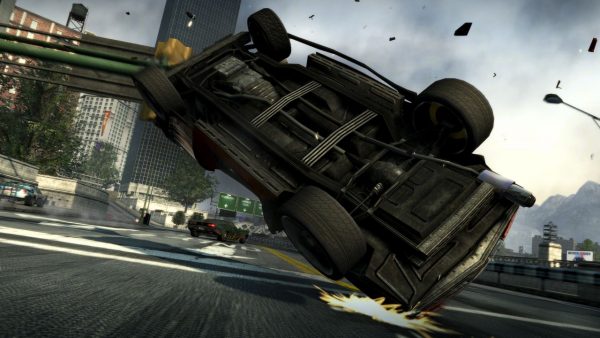 “With everything that we make there’s a throughline, from Burnout to Need for Speed: Most Wanted, and even the work we did in Battlefield and Battlefront recently with the starfighter stuff,” Webster says. “There’s a throughline there from cars to starfighters, which I think is an interesting story.

“The opportunities we have here and the things we are making are informed by where we’ve been in the past. That’s why going back in time with a game like Burnout Paradise is so interesting. I can chart our history, and I can also see inspiration in there that we would imagine in different game types in the future. I don’t know - well, I do know, but I’m not going to tell you - what our future holds.”

For now, why not read our Burnout Paradise Remastered review.