The gloves are off in ZeniMax's suit against John Carmack, Palmer Luckey, Oculus and Facebook, with a series of allegations levelled against all parties. 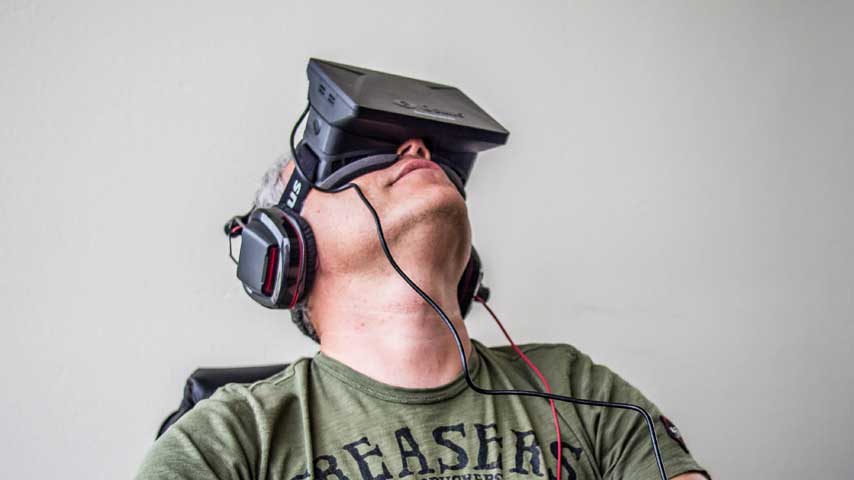 Bethesda parent Zenimax's suit against Oculus has kicked up a notch with a recent amendment.

In the new filing, which you can read on Scribd, ZeniMax's lawyers have upped the ante. ZeniMax claims Carmack not only handed over ZeniMax's tech to Oculus - he went back to clean ZeniMax out even after he had officially left the company.

"Instead of complying with his contract, during his last days at ZeniMax, [Carmack] copied thousands of documents from a computer at ZeniMax to a USB storage device. He never returned those files or all copies of them after his employment with ZeniMax was terminated," Zenimax's filing claims.

"In addition, after Carmack's employment with ZeniMax was terminated, he returned to ZeniMax's premises to take a customized tool for developing VR Technology belonging to ZeniMax that itself is part of ZeniMax's VR technology."

ZeniMax has also ramped up its claims that Oculus Rift is based on technology developed by ZeniMax, rather than ideas put forward by founder Palmer Luckey, and protected by a non-disclosure agreement (NDA) Luckey signed as an individual, promising not to share ZeniMax proprietary tech with other parties.

"Oculus ... disseminated to the press the false and fanciful story that Luckey was the brilliant inventor of VR technology who had developed that technology in his parents’ garage. In fact, that story was utterly and completely false: Luckey lacked the training, expertise, resources, or know-how to create commercially viable VR technology, his computer programming skills were rudimentary, and he relied on ZeniMax's computer program code and games to demonstrate the prototype Rift," the filing alleges.

“Nevertheless, this fraudulent tale was frequently reported in the media as fact. Luckey increasingly and falsely held himself out to the media and the public as the visionary developer of the Rift’s VR Technology, which had actually been developed by ZeniMax without any substantial contribution from Luckey."

So yeah, things are getting pretty serious there - but ZeniMax is also now gunning for Oculus parent Facebook, a company with more than 17 times the total equity of ZeniMax. According to the suit, Facebook "was provided by Oculus with a copy of the Non-Disclosure Agreement executed by Luckey" in May, when ZeniMax originally filed suit against Oculus, and went ahead with its acquisition knowing all about it. ZeniMax says Oculus and Facebook are both bound by Luckey's NDA, and have both violated it, thereby interfering with a contract.

I can't help but wonder whether ZeniMax's legal team is up to the task of facing off against Facebook's enormous resources. It seems to be making some very serious allegations, so it must be pretty confident. The suit requests a jury trial, so settle back for a saga.

Update: An Oculus spokesperson provided us with this statement on the matter:

"This complaint filed by ZeniMax is one-sided and conveys only ZeniMax's interpretation of the story. We continue to believe this case has no merit, and we will address all of ZeniMax's allegations in court."