People said this day would never come. They said it was a pipe dream. But hey - they said that about Sonic, too. Banjo and Kazooie are heading to Smash.

Microsoft-owned mascot characters Banjo and Kazooie, from the game series of the same name, will be one of the upcoming line-up of Super Smash Bros. Ultimate downloadable content, Nintendo has revealed.

The pair got their start on Nintendo consoles, first appearing together in Banjo-Kazooie and then Banjo-Tooie on the Nintendo 64. Banjo made his debut prior to that in Diddy Kong Racing, a spin-off from Nintendo's Donkey Kong. At the time, Banjo creators Rare were majority-owned by Nintendo - but a few years after Banjo-Tooie the development house was sold to Microsoft, who bought all shares from both Nintendo and the company's founders. 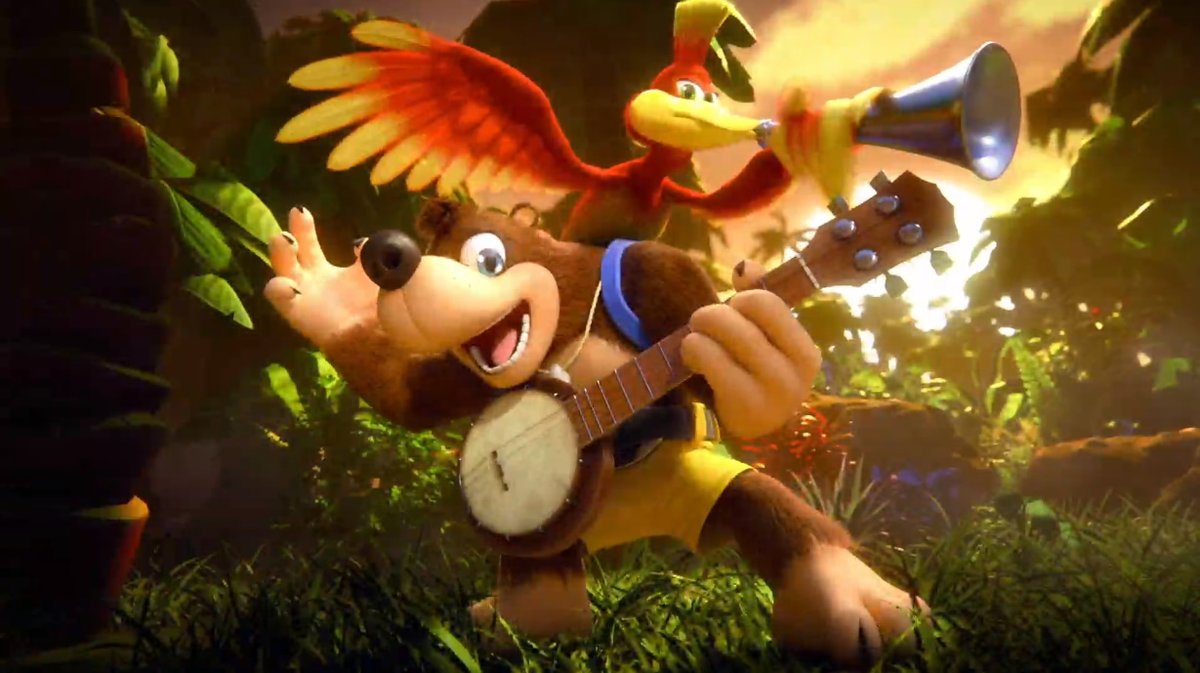 Nintendo passed development of Nintendo franchises that'd been handled by Rare such as Donkey Kong Country and Star Fox to other studios, while Microsoft retained the rights to any original Rare creations. For the longest time it appeared that was that for that relationship: but with the seemingly increasingly close relationship between Nintendo and Microsoft, the Xbox mascots are now set to appear in Smash Bros. alongside other Nintendo all-stars.

Banjo and Kazooie are the third character announced as part of Smash Ultimate's 6-character strong season pass. The first was also an interesting choice for Nintendo - Joker from Persona 5, a character whose primary series and game is broadly associated with PlayStation. Joker isn't the first outlier like that, either - the game also features Final Fantasy 7's Cloud and Metal Gear Solid's Snake - arguably PlayStation icons - as well as other third party characters from Namco, Sega and Konami.

The addition of Banjo-Kazooie to Smash through Nintendo and Xbox collaboration will buoy hopes and speculation for deeper collaboration between Nintendo and Xbox, with fans and the rumor mill clamoring for more ports of Xbox titles on Switch after Cuphead made its way to Switch complete with Xbox Live support. Other frequently-seen long-term hopes also suggest that Microsoft's streaming xCloud service could enable Xbox Game Pass and other Xbox games and services to be played on Switch. The Nintendo Direct announcing Banjo also featured Super Lucky's Tale, an Xbox title, coming to Switch.

If you want to get better acquainted with Banjo-Kazooie and their adventures, Microsoft just added 4K enhanced versions of Banjo-Kazooie, Banjo-Tooie and Banjo-Kazooie Nuts & Bolts to the Xbox One backwards compatibility suite as part of the scheme's final update.