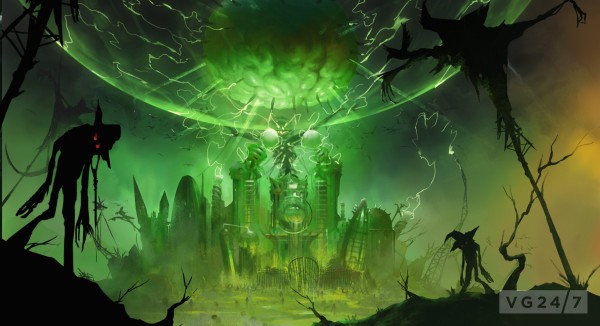 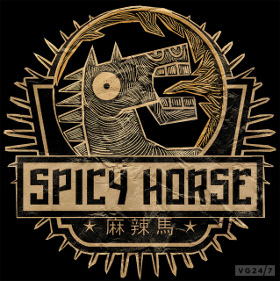 McGee began his career at id Software and is now founder of Shanghai-based studio Spicy Horse.

The studio is known for the Alice series, and is currently working on Akaneiro, as well as concepts for Alice: Otherlands and OZombie.

Only one of the two concepts will make it to Kickstarter, but we won't know which until the team is ready to announce the funding campaign.

You can check out early OZombie concepts and art over at the project's Facebook hub.

Off the back of its successful Kickstarter campaign for Akaneiro: Demon Hunters, Shanghai-based studio Spicy Horse is looking at two potential follow-up projects to take down the crowd-funding route.

The first is tentatively titled Alice: Otherlands, which would be the third instalment of the popular trilogy based on the works of Lewis Carroll, and the second is OZombie, a twisted adventure based on the Wizard of Oz.

I caught up with studio founder American McGee to discuss both projects, and to get a clearer picture on what they both involve from a plot, gameplay and feature perspective.

But first I had to be sure of one thing, which was the status of the Alice IP at present, and McGee was happy to explain the current situation, confirming that he had spoken with EA on the matter.

"Already we've seen some feedback from the fans that suggests they'd like to see Spicy Horse having a certain amount of control and involvement with the IP going forward.

"So we're trying to do something where all negotiations make sense for us, makes sense for EA and makes sense for the fans. It remains to be seen if we get there because that's a lot to ask. Everybody's got different ideas of what they'd like in an ideal situation, and so ultimately it may just be easier for everyone if we simply do OZombie. 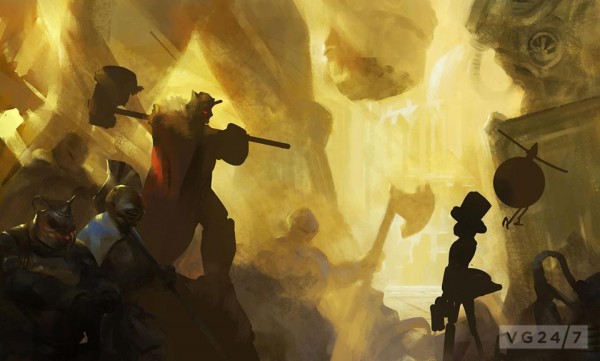 With the fine details out of the way we started to discuss each project individually, starting with Alice in Otherlands. It's conceptualised as a Unity 3D-powered, true sequel to Alice: Madness Returns and it's set in London as the industrial revolution starts to take hold.

McGee explained the plot, and said, "The core concept is that she's now, having completed the mission of the first game, mastered the psychological domain, and having completed the mission of the second game, mastered the physical domain. Alice has now achieved a level of super-power, which we'd like to see her use to travel into the Otherlands of other people's minds.

"At that time in London there was a very rich collection of people present - everybody from Darwin and Thomas Edison, to Jack the Ripper and Mark Twain - just a huge number of literary, artistic and inventive people. So the idea would be that Alice would be travelling into the minds of the people she meets in London, and that's the core gameplay mechanic; that the Otherlands become mental landscapes to adventure through.

"Then in the outside world she's building up a cross between London and Wonderland, which we refer to as 'Londerland', and so that's becoming a sort of sanctuary for the children, the street urchins in London, and the base of power for Alice. All of this works toward a theme where she's fighting against the growing industrialisation of the Victorian era".

It's an interesting concept that recalls the mind-hopping escapades of Double Fine's Psychonauts, but with that classic dark edge that has become synonymous with Spicy Horse. It's ambitious from a gameplay perspective too, but the scope of that ambition depends on whether or not the Kickstarter proceeds, and how much money it raises.

McGee explained that multiplayer is among the team's goals, but that the bulk of the game would be am offline narrative single-player experience with exploration, combat and puzzles. Online facets such as co-op, tournaments, clans and PvP battles are also on the cards, but again, it is all dependant on the team getting the license and raising the necessary funds.

The less-problematic game to produce, OZombie is similar to the Alice trilogy in many ways. It also runs in Unity 3D and delivers a dark take on an otherwise whimsical fairytale story The game sees the realm of Oz turned into a dictatorship governed by the Scarecrow, and his lust for brains has turned everyone into husks.

However, McGee was keen to point out that you won't be fighting traditional zombies or the undead at all. In fact, the term 'zombie' in this context applies to the populace of Oz, who have been beaten down by the Scarecrow's regime so badly, that they are emotionless, conformist followers devoid of free-thought or ambition.

McGee explained, "When we talk about OZombie, the story revolves around the Scarecrow, and he is kind of crazy about brains, but the real story is that he's trying to wipe out magic, creativity and beauty in Oz, and he's trying to push everyone towards a very utilitarian, kind of Luddite anti-magic existence. 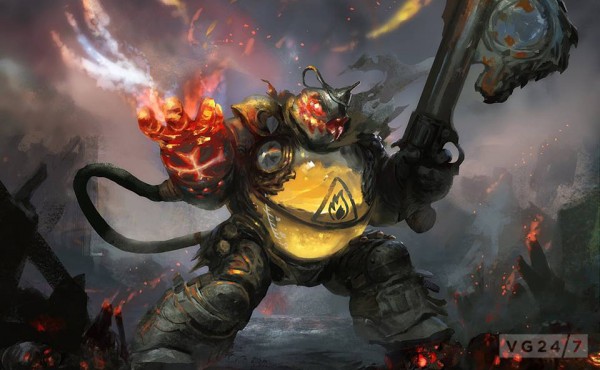 "The idea here is that Dorothy is going to come back into Oz, but this may even be Dorothy's great, great granddaughter, we're not sure yet. She'll join forces with the Tin Woodman, the lion, she'll have a version of Toto with her, and it's not just about trying to fight against the Scarecrow and defeat the zombies.

"Really, the core of this will be trying to rebuild society, which means you'll have to build up the infrastructure of the world. That means we're going to be marrying some aspects of action, adventure, as well as resource-gathering and building mechanics into the core gameplay. All of this is very story-driven like Alice".

Just like the Alice: Otherlands project, OZombie is conceptualised as having a narrative-driven single-player and a multiplayer component as well, which also depends on how well the Kickstarter funding drive goes. The world infrastructure aspect reminded me of Fable III's kingdom-building, so I offered the comparison to McGee

He replied, "If you look at something like Fable - I mean, I love those games - those are incredible complex. you have to keep in mind that we're on a budget that's whatever the guys on Kickstarter want to give us. But a minimum is going to be around $1.5-$2 million, so we can't be so ambitious as to suggest we'll build a Fable-like RPG, plus all of the building stuff in there.

"It's going to be something that's a lighter presentation of some of those mechanics, so there would be resource collecting and then using them to build stuff. But the degree of freedom we give the players is probably going to be a lot more limited than you'd find in the traditional RTS or RPG genre. We're really looking to make a streamlined experience out of it". 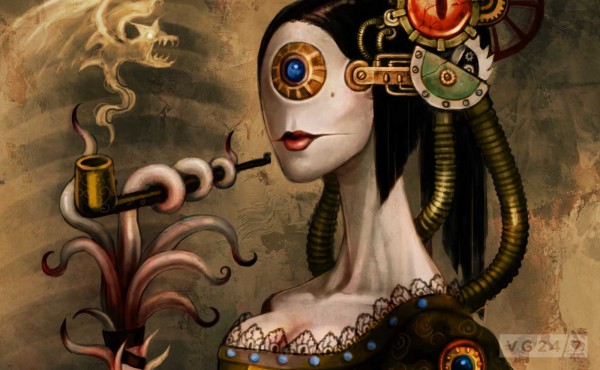 OZombie's witch is certainly a far cry from how she appears in the film.

Regardless of scope, OZombie is a neat take on the classic tale, and one that fans of the source material, and the twisted works of Spicy Horse should appreciate. It'll take on a squad-based format, with Dorothy and chums blazing a trail across Oz, upgrading their combat abilities as they go.

The combat may not necessarily be real-time either, as McGee suggested that it may take on a stat-based, almost card fighter format instead. But as with most things right now, a lot of the finer details are open to change, depending once more on the Kickstarter strategy moving forward. It's important to stress that most of this is not concrete at the time of writing.

In the end McGee views the audience and fans as Spicy Horse's top priority. They'll be - and have been - fully involved in the Kickstarter process and to ultimately decide - for example - how heavily the games lean towards action, narrative, or puzzles. It's a malleable, transparent format, one that Kickstarter has become known for.

It gives the backers a true voice during production, and it's something McGee and his team holds very dear indeed.

We'll have more on both projects once Spicy Horse announces which one it is committing to Kickstarter, but for now, which would you like to see made first? Let us know below.