Sony is allowing digital retailers freedom to launch their own PSN store-fronts, starting with Amazon. The retailer has now opened its PSN shop in the States as an alternative outlet for digital PlayStation content. 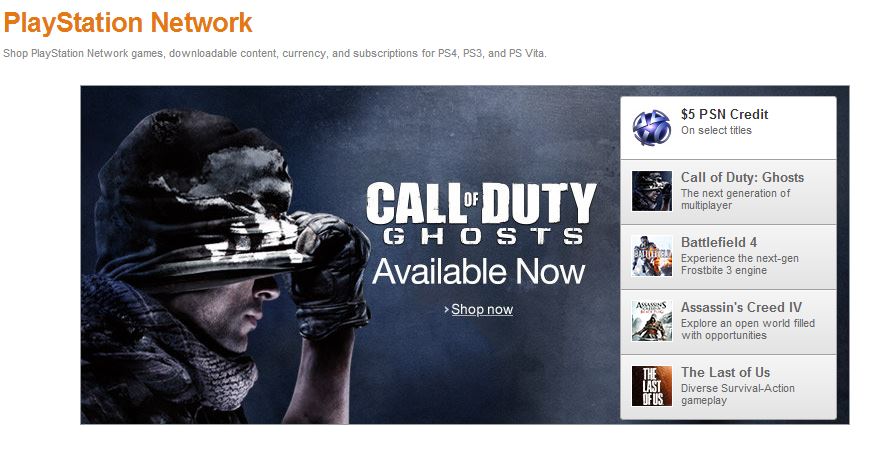 Kotaku reports that the Amazon PSN Store is live now, and offers PS3 and PS Vita titles, as well as PSN credit vouchers and PS Plus memberships.

Recent release pricing sees titles like Call of Duty: Ghosts, Battlefield 4 and Assassin's Creed 4: Black Flag priced at $59.96. You can also buy DLC and season passes for several games from the store.

To celebrate the store's launch, Amazon will give customers back $5 of PSN credit when buying select items. If anything the ability to open third-party PSN stores breaks Sony's monopoly on its digital wares. The competition can only be healthy for consumers.

What do you make of the above? Would you like to see an integrated version of the store on PS4? Let us know below.