It’s a cliché, but diamonds might actually be one of your best friends in Minecraft. They can be used to craft some of the game’s best and most durable gear, and so they’re a highly sought-after material.

However, diamonds are really rare in the world of Minecraft. Furthermore, not only do you need to know where and how to find them — you also need to know the right tools to bring with you to mine them.

Where to find diamonds in Minecraft

Diamonds can randomly be found in loot chests throughout the world. But if you’re looking for a more reliable way of getting diamonds — particularly if you want them in any quantity — you want to look for diamond ore. 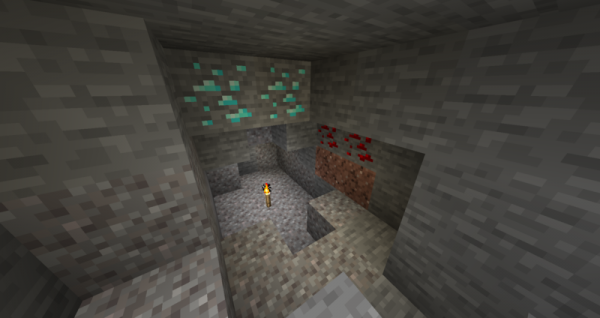 Diamond ore blocks are light grey with aquamarine flecks. They can spawn anywhere between Levels 1-15 of the Overworld. However, they are most commonly found between Levels 5-12. In practical terms, this means you’re going to have to dig down in order to find a proper seam of diamonds.

Minecraft Java Edition 1.17 makes changes to the world generation, allowing you to dig below Y-Level 0 and into negative level numbers. This affects the spawn of various ores, including diamonds. 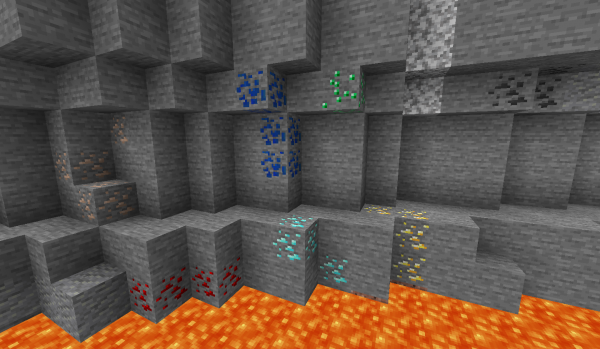 In this version, diamonds spawn between levels 14 and -63, with the heaviest concentration of diamonds spawning at levels -63 to -53.

How to tell which level you’re on

If you’re playing the Java Edition, you can press F3 to see the debug screen, which includes details of which level you’re currently standing on.

If you’re playing the Bedrock Edition, you can set Show Coordinates in your game settings. Your current level will be included in the on-screen information.

How to mine diamonds in Minecraft

In order to extract diamonds from diamond ore, you’ll need either an iron pickaxe or (somewhat ironically) a diamond pickaxe.

Pickaxes made of other materials will still cut through diamond ore, but you won’t actually gather diamonds by doing so. This can potentially waste a diamond ore block that you spent all that time tracking down — so make sure you have the appropriate tools equipped! 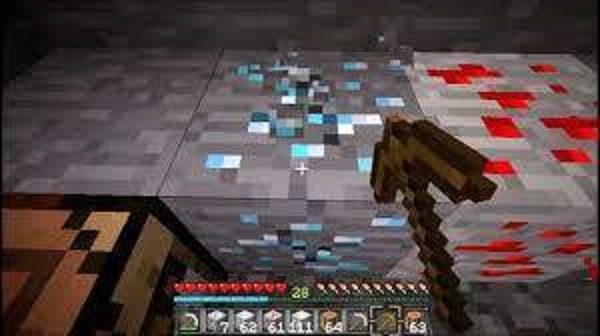 Speaking of the proper tools: since diamonds spawn underground, you’re going to need to bring plenty of torches with you.

Another useful piece of equipment to bring with you is a water bucket. This is because lava pools and diamond ore tend to populate the same levels. Lava is not only potentially dangerous to you, but it can destroy diamond ore blocks — so having water on hand to neutralise these effects is a very good idea.

This is perhaps the most time-consuming method of mining diamonds. It’s also potentially quite dangerous, as it’s likely you’ll encounter a lot of enemies. But it is the most organic way of finding diamonds, which allows you to continue exploring the game-world without focussing exclusively on resource farming.

This method basically involves exploring any caves you find. You can enter caves by finding an entrance on the surface, or by breaking into them while digging down. Once underground you’ll find open spaces, as well as shafts leading between caves and levels. 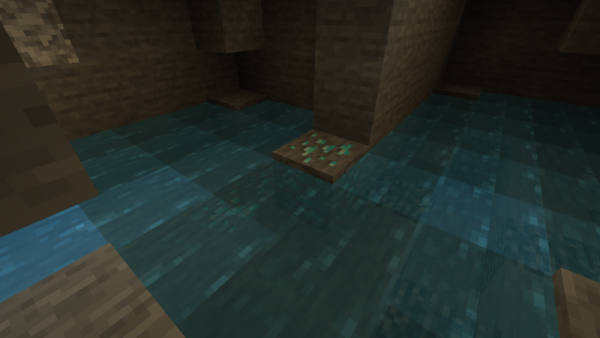 Seams of diamond ore will occasionally be found naturally occurring in these open spaces.

The first method is good if you’re still exploring during the early game, but it’s highly unreliable. Diamond ore is a rare resource, and the odds of stumbling across some are quite low (though it’s far from impossible) — especially since they’re only half as likely to spawn adjacent to a naturally open space.

If you want to take a more targeted approach to farming diamonds, the best method is branch mining. Compared to the exploration method, the only real downside of branch mining is that it uses up tools much quicker. 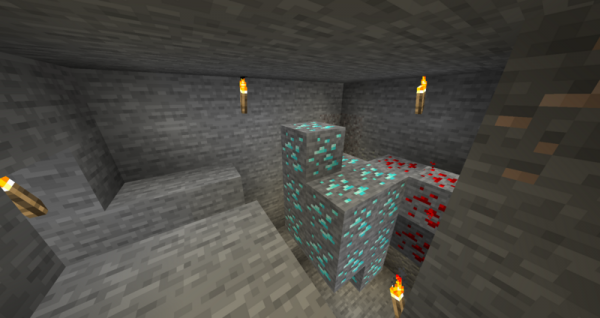 To establish a branch mine, dig down to the diamond layers at levels 5-12 (or -63 to -53 if you’re playing Java Edition 1.17). It’s highly recommended you do this by creating a staircase rather than digging directly downwards! To begin with, it’s better to stay at the higher levels where diamonds are likely to spawn, as this reduces the risk of you digging underneath a lava pool. 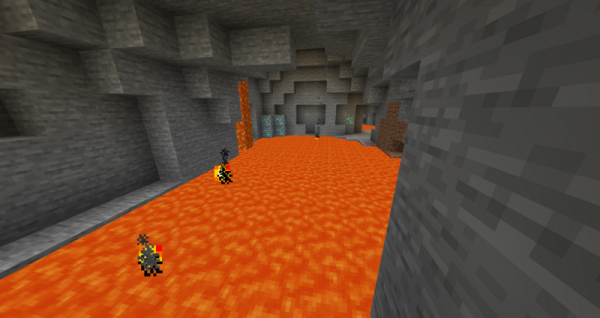 Once you reach the desired level, begin carving out hallways that are two blocks high by one block wide. This approach has the best odds of eventually uncovering a seam of diamond ore.

If you find a good seam, it’s worth starting a second sub-branch to see if it leads anywhere. Diamond ore veins often seem to intersect, so start a new hallway just to check it out.

Finally, you’ll probably end up breaking through into a few caves while branch mining. These caves have a high likelihood to contain diamond ore, since they’ll be on the right level, so be sure to explore them fully before resuming your branch mining activities.

TNT isn’t the easiest tool to get hold of, and you’re frankly unlikely to have enough of it going spare to use on diamond mining until fairly late in the game. If and when you reach this point, however, it’s actually the most efficient way to farm diamonds: you get a 100% of the materials dropped by blocks you destroy using TNT.

So if you find a seam of diamond ore using either of the above methods, you can chuck a bunch of TNT at it, step back, and collect your diamonds. 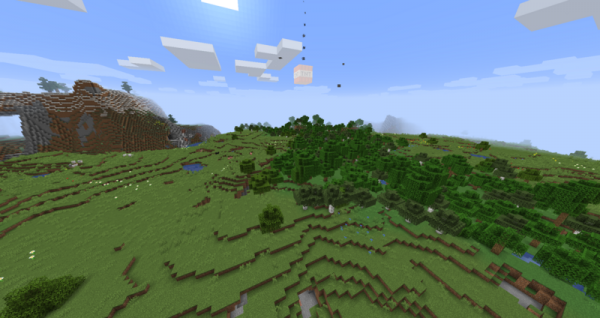 It’s important to note that this method only works in the Java Edition. Players using the Bedrock Edition should avoid it, as the 100% returns aren’t available to them.

If you’re looking for Minecraft inspiration, check out our guide on Best Minecraft Seeds you can play right now.

Or if you’re interested in modding your game, have a look at our guide to the Best Minecraft Mods.