While it could seem innocuous, the decision whether to steal resources from Styrbjorn is one of the first in Assassin’s Creed Valhalla to have real consequences.

Kjotve the Cruel is defeated, and with the remaining Viking kingdoms falling into line in service of King Harald, it doesn’t look like there’s much left in Norway for Eivor and Sigurd. 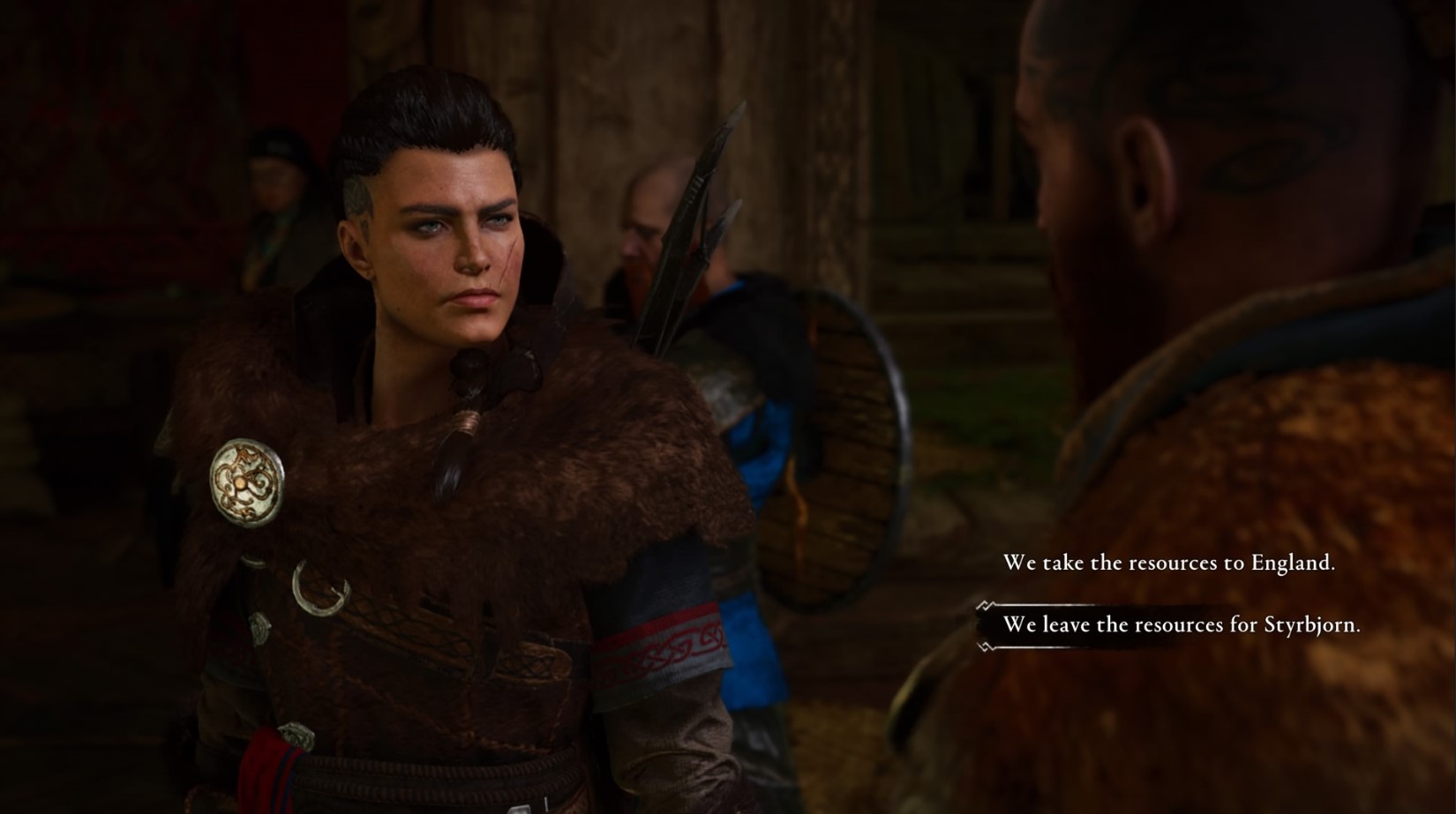 With their decision to set sail for pastures new in England made, now comes the time to gather allies and supplies.

But doing so means leaving home – possibly for good – and starting a new life will be difficult across the ocean. To help, Eivor suggests stealing the hoard taken from Kjotve’s fortress from Styrbjorn.

Assassin’s Creed Valhalla – Should you take the resources from Styrbjorn?

While it would set you off to a good start in England, Sigurd is dead against taking the resources – and you should heed his words.

There’s little tangible benefit to taking the supplies, but if you do, Sigurd will not be pleased.

Without spoiling events much later in the story, this is one of many times throughout the game where your familial relationship is tested. Going against Sigurd has ramifications for the climax of Assassin’s Creed Valhalla’s story – so be mindful of your choices, but not so wary that you’re not having fun.

In this case however, if you’re struggling to pick: you probably shouldn’t take Styrbjorn’s supplies.

For more help with the early game of Assassin’s Creed Valhalla, check out our FAQ.

While we also have a run-down of the full skill tree, so you can make better decisions when building your character, here.

Finally, we also have some picks for the best early-game weapons, here.