If you don’t already own Grand Theft Auto 5 (and judging by sales numbers, you probably do), then good news!

The game is currently heavily discounted on both the PlayStation 4 and Xbox One as part of the Amazon Prime Day event, a two-day site-wide sale that sees discounts across thousands of products, gaming and non-gaming alike. GTA 5 is looking to be one of the most heavily-used deals going, as the game continues to be a major hit even now, seven years after its release.

Not only that, but the version on sale is specifically the Premium Edition, which comes with the full story experience of GTA V, as well as GTA Online, the sandbox insanity simulator that allows you to crash jetpacks into each other, and the Criminal Enterprise Starter Pack, which contains $1,000,000 dollars to spend in the Online mode, as well as numerous other buildings, vehicles and extras to play with. 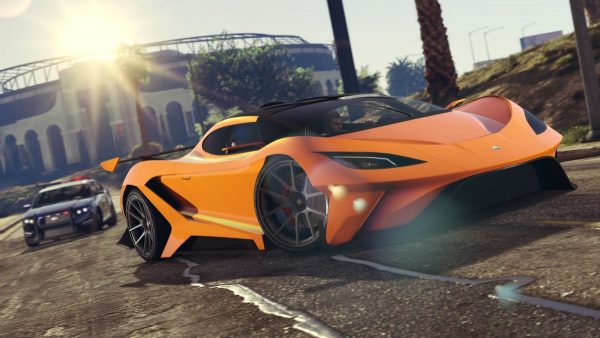 Compared to their standard retail price, these two versions of the game will be a notable 38% cheaper than normal, allowing gamers to get one the world’s biggest games for a very low price (and make it even bigger with the starter pack).Of course, if you’re more interested in gaming deals in general, check out our full guide to the best deals, highlights and details of Amazon Prime Day here. Alternatively, head to the Jelly Deals Twitter page for up-to-the-minute details on Amazon Prime Day and much more, finding out about bargains all over the world.