CD Projekt Red revealed the minimum and recommended specs for those who plan on playing Cyberpunk 2077 on PC.

The minimum PC specs for Cyberpunk 2077 aren’t too terrible, and while it will run on an HDD, the developers recommend installing the game on an SSD.

Here’s what you will need in order to run the game properly. 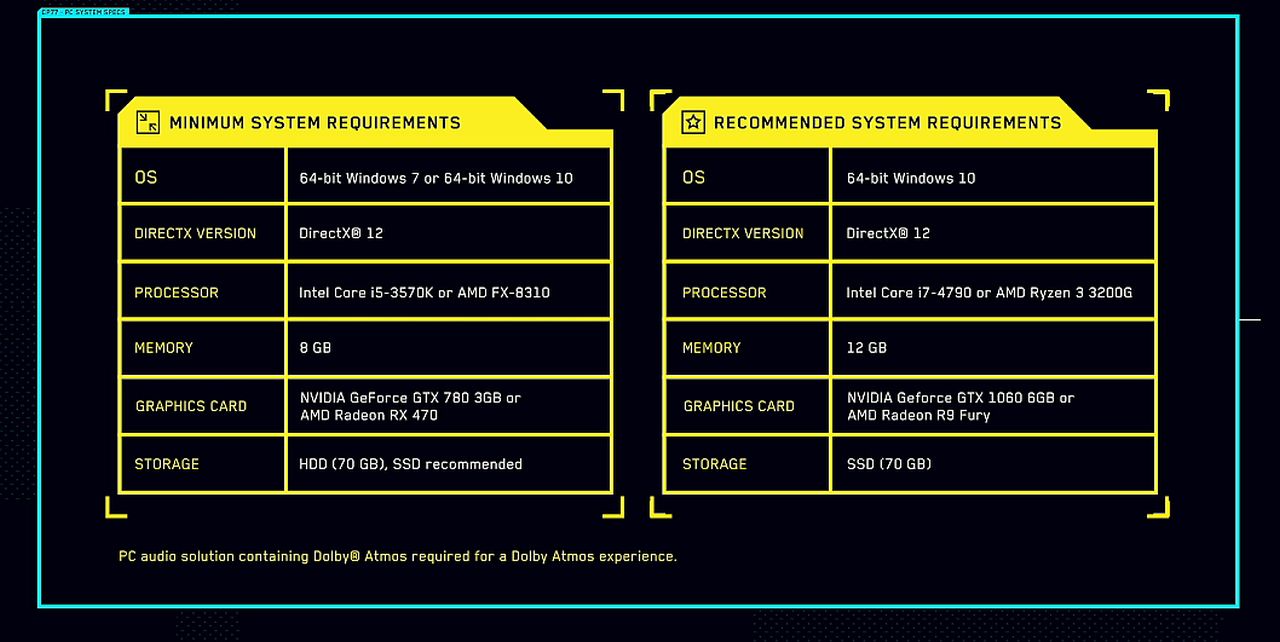 Alongside the PC specs today, the developers discussed the various gangs you will run across in the game during its Night City Wire stream.

Cyberpunk 2077 releases November 19 for PC, PS4 and Xbox One and will also be made available on PS5 and Xbox Series X.