Kojima Productions has stated that Death Stranding PC is like “a movie” when compared to the PS4 version’s “TV drama” aesthetic.


The news comes from an interview conducted by Geoff Keighley during Summer Game Fest. In the interview, Keighley spoke with Hideo Kojima and Yoji Shinkawa about the Death Stranding PC port, during which Shinkawa said that playing Death Stranding on PC feels like “watching a movie at the cinema,” as opposed to tuning into a “TV drama” in the original PS4 version.

This has to do with Death Stranding’s brand new, PC-exclusive 21:9 ultrawide support mode, which was showcased during today’s launch trailer. On top of that, Nvidia has officially stated that RTX 20-series GPUs can run Death Stranding at 60fps, so it’s no wonder max-spec kits can look significantly more impressive than Death Stranding on PS4.

Other details revealed today include the brand new Very Hard mode, as well as another look at the crossover content from Half-Life: Alyx – including a look at a Half-Life BRIDGES truck. 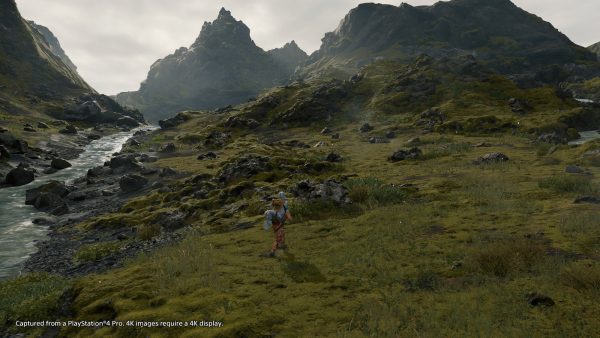 If you never got around to the PS4 version and are curious about the Death Stranding PC port, check out our original review. If you did give it a whirl and thought it was all a bit wild, we’ve also put together a handy plot summary that might help with joining some of the dots together. It is, admittedly, pretty absurd at points.

Meanwhile, it appears that Kojima is already hinting at Death Stranding 2 – or, at the very least, another game set in the same universe. There seems to be some kind of spaceship in Yoji Shinkawa’s concept art, so things could still get even weirder than massive whales being hurled across metaphysical beaches while Troy Baker cries some sort of strange tar gunk.