In Minecraft Dungeons, Redstone Golems are rock hard – and that’s before you even get to their big brother the Redstone Monstrosity. Here are the best ways we’ve found to beat them so far.

Both versions of the enemy are tough, whatever your level of difficulty setting. The Redstone Golem is easier, yes – but they appear much more frequently throughout the game. The Redstone Monstrosity almost feels a little more manageable because it’s a one-off fight.

The main strategies are to use all of the tools you have at your disposal while pressing what small advantages you have to brute force your way through their health bar.

We have methods for both melee and ranged characters, and both work about as equally well. 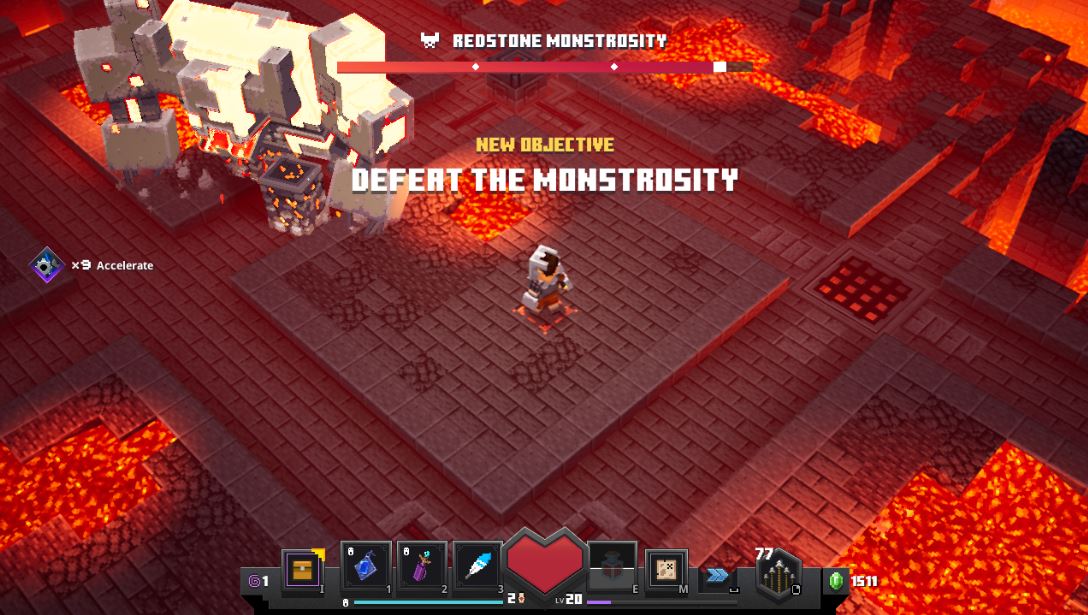 If you’re trying to completely cheese Redstone Golems, then ranged attacks are your answer. Because of their hulking frame, it’s quite easy to get them stuck behind scenery in the world if you backpedal far enough. 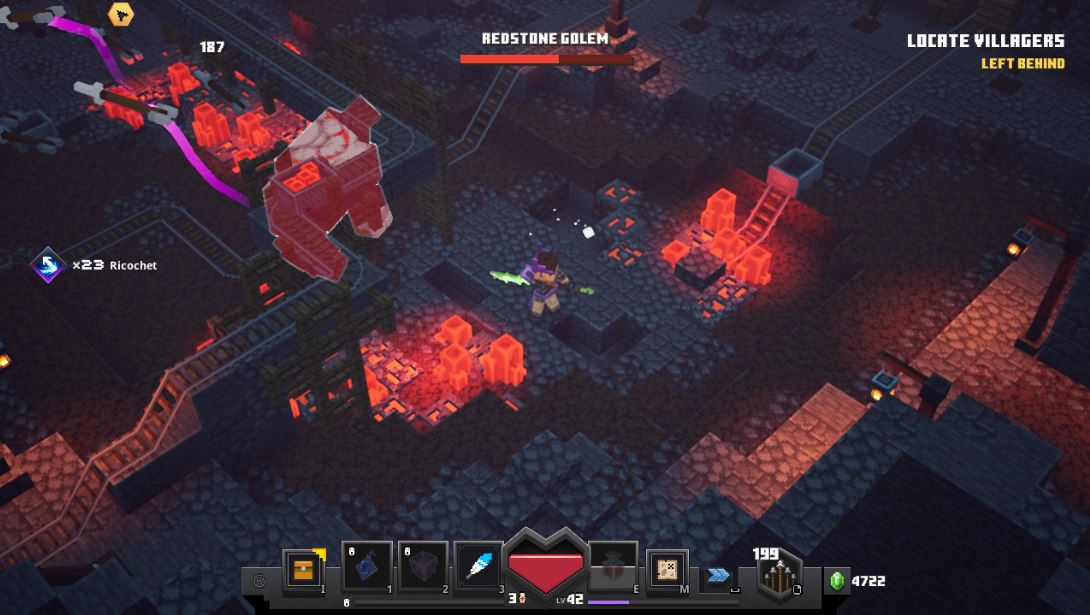 This can be decoration objects that litter the floor, or just uneven surfaces and corners.

Either way the ranged strategy is to use a fast-firing weapon, or one with the Accelerate Enchantment works even better, to spam arrows at the Redstone Golem until it goes down. Yes, this takes literally hundreds of hits – but it simply gets the job done.

All you need to do is create some distance between your and the Redstone, then unleash hell. You can do with a Light Feather or Boots of Swiftness if you like, but rolling can work too.

Personally, I like to do this with the Unique Mechanical Bow – but that’s not totally necessary.

Obviously with the Redstone Monstrosity, you ability to move away from the giant is impeded by the boss arena and lava – but the same principle applies if you’re careful and keep a cool head. Staying at this distance also makes it easier to dodge his fiery rock burst attacks too as they spread out.

If that doesn’t work for you, then melee is also a powerful tool. For this to work at its best, look for armor with the Potion Barrier Enchantment, or weapons with the Radiance Enchantment. This helps you to keep up-close-and-personal, taking hits, but with your health in top condition.

Another great way to do this is use the lifesteal aura of the Grim armor with a fast weapon that gets in lots of hits quickly.

For Artifacts, it’s good to have a secondary source of healing like the Soul Healer. While the Death Cap Mushroom is invaluable thanks to its attack speed buff.

Here your goal is to bait the golem into doing its crouching mine attack, where white orbs appear on the ground. While it does this, it’s back is vulnerable to an onslaught of attacks. If you can buff your attack speed with a Mushroom, then you can whittle away most of its health quickly while not taking damage.

Then when it stands back up to attack you, based on whether you have extra healing and Potion Barrier or not, you can either retreat and fire off with ranged or just take the hits, heal when you need to, and keep attacking.

If you tank enough hits, it will start doing the mine attack again, and you’ll still be free to keep hitting.

Try rolling past the Golem to the side so you’re behind its back if its regular melee attacks keep hitting you for too much damage. Then maintain that distance until it crouches to leave itself vulnerable again.

This strategy scales up to deal with the Redstone Monstrosity as well, but you need something to deal with the rolling cubes. The best thing is the Harvester Artifact, or the Light Feather and a weapon with the Swirling Enchantment.

For the Redstone Monstrosity specifically, I like to use a hybrid of melee and ranged. With a set of the Grim lifesteal armor and a ranged weapon with the Accelerate Enchantment you can refill your health quite fast between the Restone Monstrosity’s slow attacks. 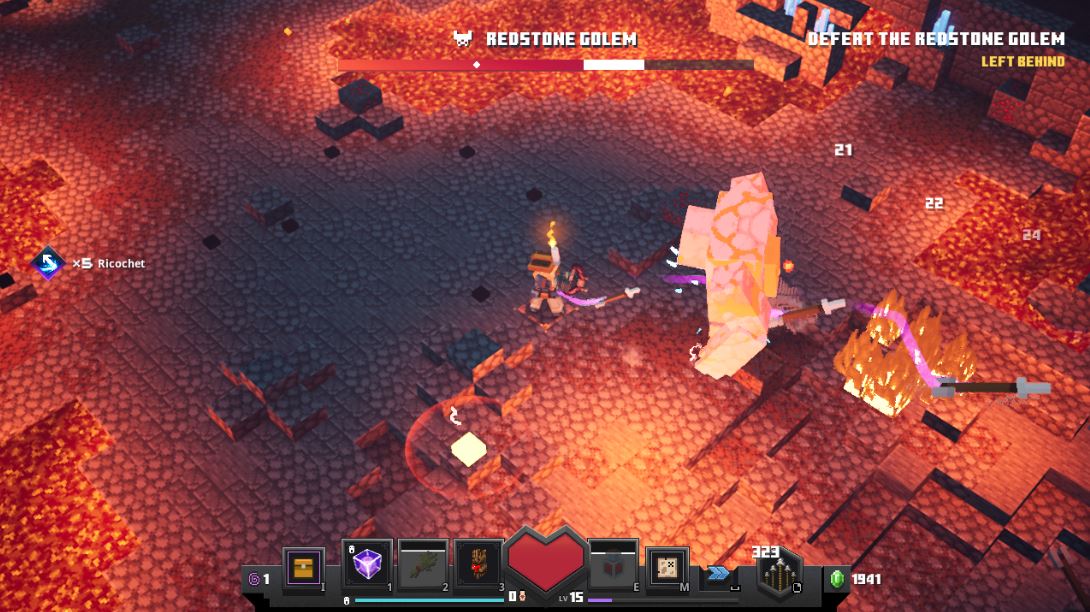 Here I get in close, use my regular potion and a Soul Healer when needed, but rely on the lifesteal and arrow spam to keep me healthy when I’ve only taken about one quarter of my heart of damage.

Be aggressive, and you’ll whittle the boss down in no time.