Assassin’s Creed Valhalla will use longships to support its naval transport systems, but they will also have an impact on Viking raids and massive battles.


Ubisoft Montreal creative director Ashraf Ismail described the functionality of Assassin’s Creed Valhalla longships in a recent developer commentary trailer uploaded to YouTube. You can check out the full commentary in the video embedded below, where Ismail also gets into what a Vikingesque battle actually entails.

“The Viking longships was a technology that was unique to the Norse and the Danes and the Vikings in this time period,” Ismail explains, breaking down why longships were so significantly advantageous in the first place. “If I was to give a metaphor, I would say: imagine that you have this empty highway – rivers – and you have a Ferrari and you can drive down this highway with nobody around you and no one able to chase you.”

“This is what gave Vikings the capacity to get so deep into the land, behind enemy lines. These ships carried cargo and raiders. The raiders were warriors that were proficient in combat. They were able to get in, steal a lot of stuff, and run away.” 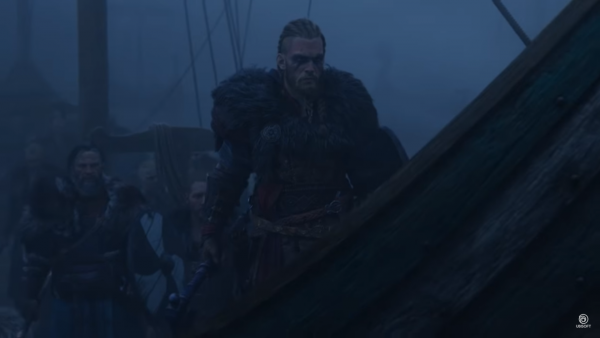 “There’s raiding, which is much more about hit and run – get into a specific place, steal their riches, create a bit of chaos so people flee and give them time to steal,” Ismail continues. However, the trailer (embedded above) also depicts a large-scale battle.

“This time period is known for a lot of big battles between the Vikings and the Saxons,” Ismail explains. “There were many battles, and that is something we do have in the game. Players can go raiding in their longship with their raiders, and there are moments in the game where we use really big, epic scale battles on battlefields or in fortifications. It was a really big part of the history during this time.”

We’ve already compiled a boatload of other Assassin’s Creed Valhalla details if you want to sail further into Information Harbour. However, before you read anything else you should make sure to check out the official Assassin’s Creed Valhalla trailer. After that you can dive into all of the other details, like how Valhalla will be set in Dark Ages England, and is apparently going to offer players the “ultimate Viking fantasy.”

It’s also been confirmed that both the male and female protagonists will be considered canon, and that you can dual-wield almost anything in Valhalla – even shields! Also – and this is an interesting one – did you know that the hidden blade is no longer hidden in Valhalla?