The Ninja comic book is probably just as wild and ridiculous as you’d expect.

Tyler “Ninja” Blevins is known for many reasons. On one hand, he’s one of the most successful Fortnite streamers in the world. On the other, he drops slurs left, right, and centre and got famous while making an arse of himself on Twitch (he still makes an arse of himself, but does it on Mixer now).

Strangely, it’s not surprising to learn that the streamer recently starred in his own graphic novel. Blevins had his first foray into publishing earlier this year with a book on how to be a Gamer (capital G intentional) and was always bound to do some sort of autobiographical fiction. The sheer absurdity of Ninja: The Most Dangerous Game, however, is truly unprecedented. 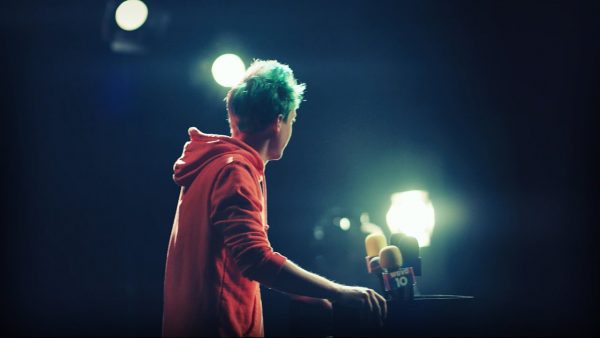 Polygon reports that Blevins worked on the graphic novel alongside Justin Jordan and Felipe Magaña. It’s 144 pages long. 144 pages of Ninja pretending to be some sort of superhero. Imagine. Penguin Random House published it.

Naturally it’s about a 100-person battle royale. However, heroic Ninja refuses to fight. His nonviolent protest encourages people from thousands of worlds outside of The Game™ to rebel against their oppressive overlords and fight for a better tomorrow. Ninja then dies to save someone else and is miraculously resurrected, like Jesus. He literally wrote himself into a Jesus story about battle royales. And you thought Ninja had already done all the most Ninja things possible.

Apparently the comic is much better than it might seem at face value, but it’s tough to be convinced. It comes out on December 3 and you can pre-order it here if you want. Or you can just watch him on Mixer, where he’ll probably also pretend to be a superhero but will do it while humorously and unknowingly making an arse of himself.