Arthur meets all kinds of Strangers in Red Dead Redemption 2, but for this mission, you’re on the hunt for some wild animals that have no place in the Wild West.

As part of the He’s British, Of Course Stranger mission, you’ll need to have started Chapter 3. You’ll be able to find the marker for it just west of Bluewater Marsh in Lemoyne, where you’ll discover a travelling circus that has had a bit of an accident.

A lion, a tiger and a zebra have managed to escape and are galavanting out in the wild. Your job is to find them and bring them back to the circus, so let’s get started.

Where to find the zebra

Truth be told, it’s not a real zebra – these charlatans have painted a donkey black and white to make it look like one. To find the fake zebra, head Northwest from the crash and you’ll spot it near a tree.

Use your binoculars to zoom in on the pretend zebra then chase it around so you can lasso it. Take it back to circus ringmaster, Margaret, to complete this step. 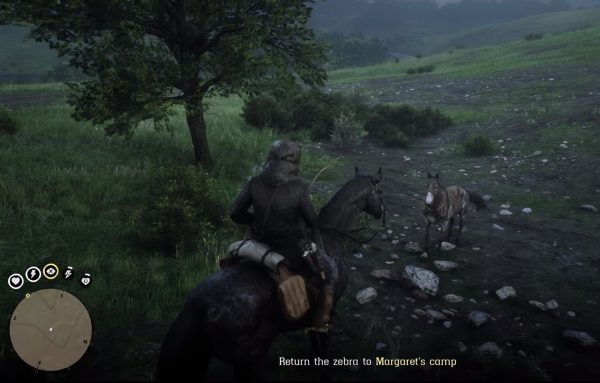 Where to find the lion and tiger

Speak with Margaret, who’ll convince you to find yet more animals. Head Southeast of Mattock Pond, West of where the third A is in Kamassa River. You’ll run into one of Margaret’s co-workers and her wagon where you can round up the lion and tiger.

Use your Eagle Eye to pick up the scent and track the “lion”, which turns out to be a dead dog with a fake mane. Place the poor pup on the wagon nearby and the tiger will appear. To no one’s surprise, it’s not a real tiger, either – it’s a cougar with stripes painted on. 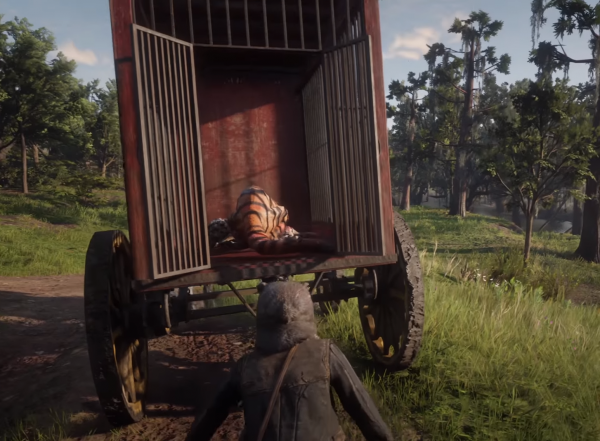 Get the fake tiger in the back of the wagon then head back to the crash site. Margaret will convince you to help her one final time and points you in the direction of a barn near Emerald Ranch, which is in the South of the area. It’s here that you can find a real, live lion, as opposed to a fake dead one. 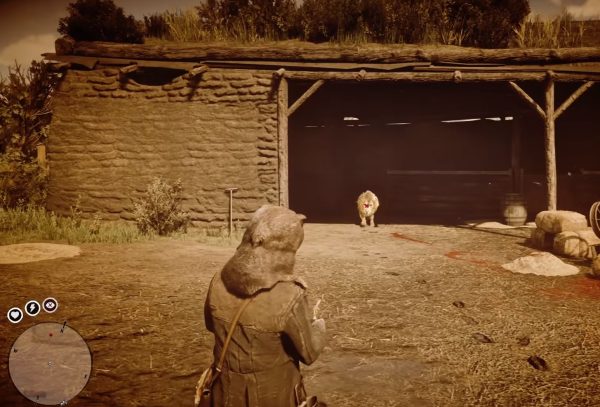 Investigate the barn and take a wander back outside where you’ll see a man and a cow lying dead after being attacked by the lion. Follow the trail of blood and dead animals until you find him hiding in the shadows, looking pretty pissed.

It would be a good idea to use your Dead Eye to score a few headshots, as this big kitty can easily overwhelm you.

Take the Lion’s Paw trinket from the lion, which you can sell to the fence for $19.75. Pay a final visit to Margaret to get your pay, which is a Large Emerald worth $250.