The jokes are too obvious – Anthem is a ghost town.

But this time we’re not talking about the fact that players abandoned Bioware’s loot shooter quicker than its own lead producer. We’re talking about the obligatory Halloween event you can find in all live games.

Season of Skulls is a themed event that promises unique challenges and rewards – much like the recent Cataclysm event. But this one is all spooky, as we approach your goth mate’s favourite holiday.

“As a thick and ominous fog gathers among the trees and strange sounds echo in the distance, the people of Bastion gather together to rise up against the darkness with determination, defiance, and celebration,” writes BioWare. “Fort Tarsis stands proud with towering bonfires, colorful banners, and the bones of its vanquished foes – a bastion of security amid the chaos. The Season of Skulls marks a change from the grim necessity of survival to the celebration of life and courage in the face of darkness” 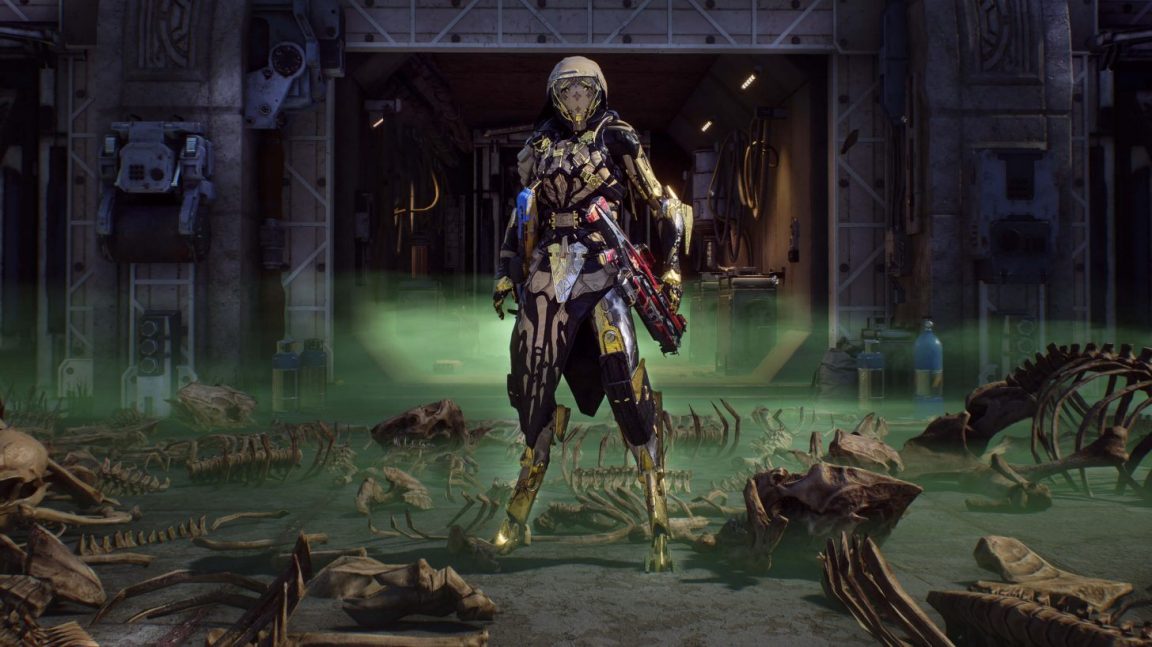 How to start Season of Skulls

There are no level requirements for Anthem’s Season of Skulls event, but you will need to have completed the Incursion story so you can gain access to the Echoes of Reality level.

You can select the Season of Skulls options from the Game Modes menu, where you’ll be dropped in to arenas filled with enemies. The challenge is to climb the leaderboards in the face of modifiers (inversions, as they’re known in Anthem).

It’s these modifiers that will change each week and offer different rewards. Perform well by using your time wisely and exploiting score multipliers and you’ll complete an arena with more crystals. Crystals can them be used to buy War Chests and other items from Herschel’s Hut, which you’ll find in the Fort Tarsis market.

And if you’ve unlocked freeplay, you’ll come across Season of Skulls Anomalies. Again, these are similar to Cataclysms’ Storm Gates where you’ll fight enemies to eventually unlock a showdown with a boss.

Is Season of Skulls enough to tempt you and your buddies back for a little more Anthem?