A brand-new update has landed in Anthem - Cataclysm - giving dedicated freelancers at shot at that sweetest of prizes: loot - but only if they can solve the devious puzzles that lie in wait.

The Cataclysm update represents a huge moment in the life cycle of Anthem, refreshing the experience with new enemies, weapons, rewards, and lore-driven story quests that further flesh out the world of freelancers and the Anthem of Creation.

In the world of Anthem, a Cataclysm is an unknowable, unpredictable force of nature; just like the Anthem of Creation itself. Its abrasive energy eventually engulfs anything and anyone unfortunate to get caught in the middle, but that’s where you come in.

As the protectorate of human life, it falls the freelancers of Fort Tarsis to face up to this seemingly unstoppable force and put a stop to the chaos.

From a gameplay standpoint, Cataclysm is a new, limited-time event that lasts for a full in-game season, with lasting changes to the world state when it rumbles to its conclusion.

During the event, you enter an unexplored, stormy map area that persistently damages your javelin while you explore. Dotted around you’ll find Arenas, where you can take on combat challenges, complete other tasks, earn loot and a new in-game currency, as well as recuperate away from the hazardous environment. 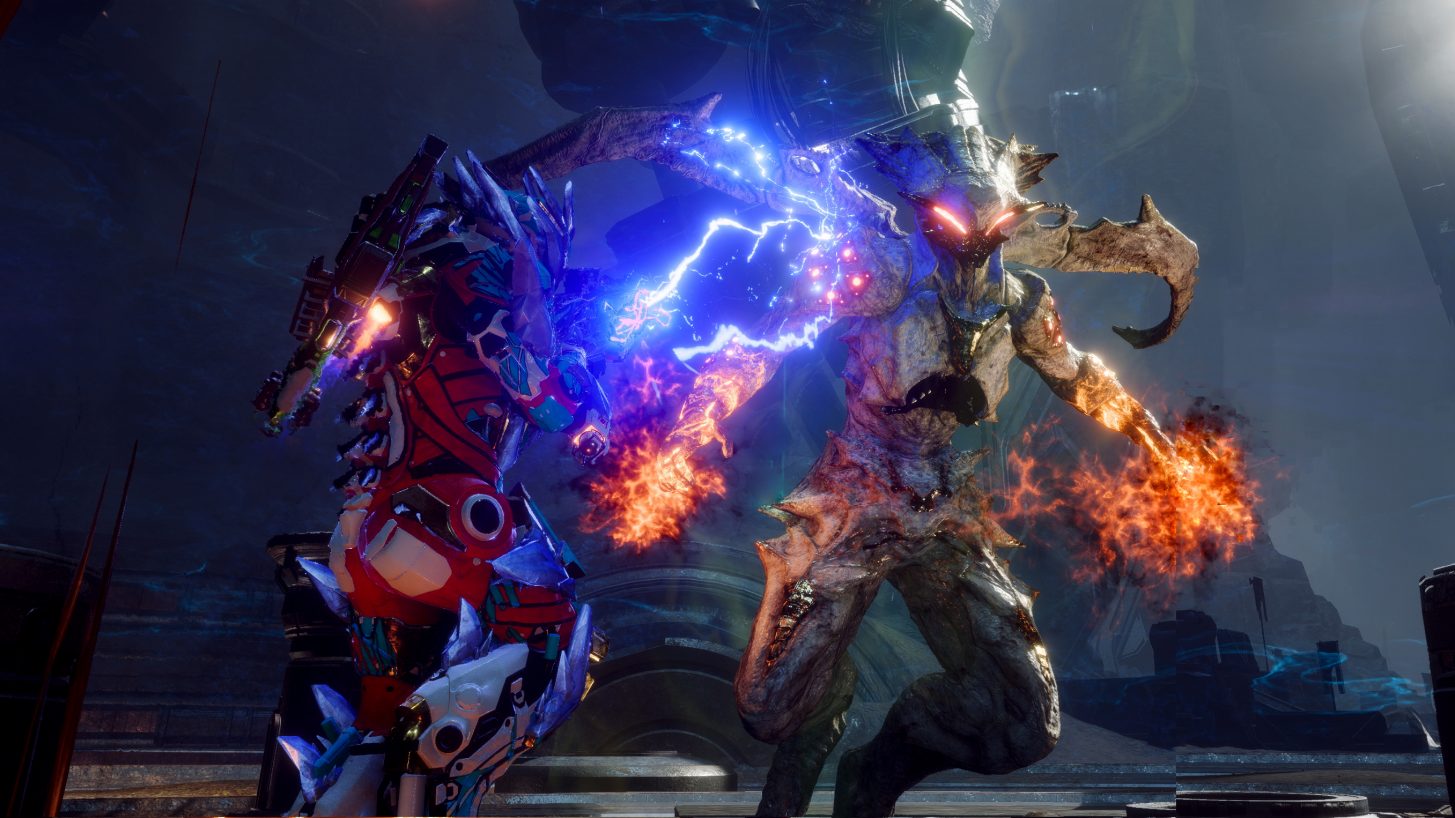 Your goal is to earn as many points as possible during your run through the Cataclysm, defeating enemies, gathering resources, and solving puzzles to complete your objectives. To gain even more points, you can increase your multiplier by spending more time in the storm and completing Arena trials.

Freeplay doesn’t escape the Cataclysm either. As you fly around you’ll encounter timed Storm Gates in the sky, which, once open, you can whiz through to take on objectives and earn rewards.

How to start Cataclysm in Anthem

EA has said that Cataclysm is open to players of all levels, so you can jump straight back into the action if you never managed to hit the cap when Anthem first dropped.

To enter, all you need to do is choose the Cataclysm option from the Game Modes menu, and you’ll be able to choose your tasks from there.

The new in-game currency that you earn for completing objectives in the Cataclysm event are called Major Crystals and Minor Crystals.

Major Crystals are what you really want. These allow you to purchase War Chests and cosmetic vanity items. War Chests are random chance loot boxes that contain all of the non-vanity gear that you can acquire during the Cataclysm event.

To make better use of these weapons, each class now has an additional melee slot to spec out.

We've embedded a run-down of all the powerful new melee weapons from YouTuber KhrazeGaming, below:

On the cosmetic side, you’re mostly looking at new armor packs and vinyls. 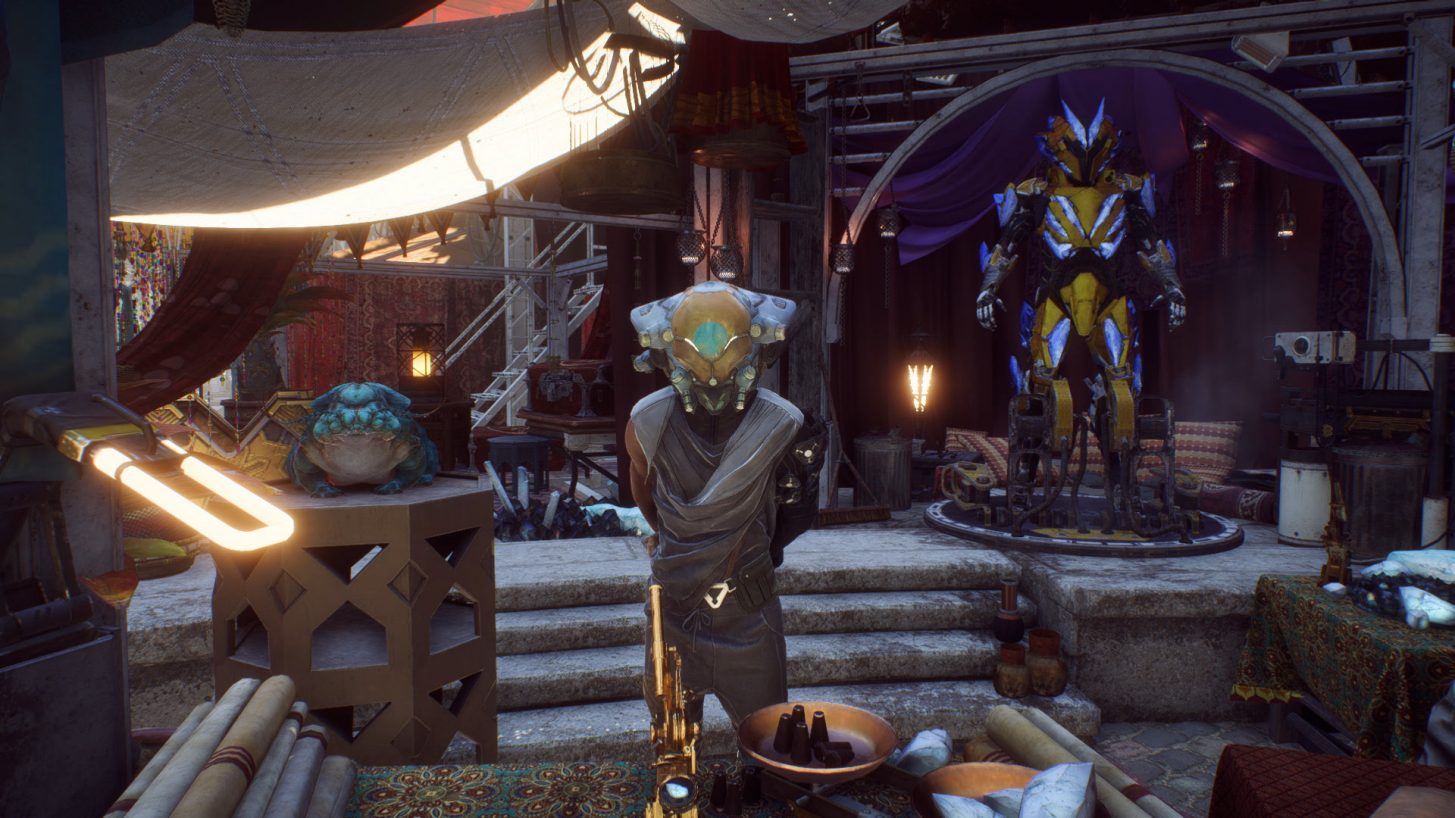 You can swap your Minor Crystals for Major Crystals, as well as buy items at Herschel’s Hut in the Fort Tarsis market. The inventory is updated weekly, so check back for fresh stock.

Another weekly change during the Cataclysm event are Inversions. These are special conditions that are applied to the Cataclysm map to “shake up gameplay”, so you’ll be rewarded for playing differently as the event progresses.

Throughout the Cataclysm map, there are myriad puzzles, tons of event quest steps to figure out, and a few interesting secret locations that you can visit and interact with to add points to your overall score.

If you need help parsing any of it, I’d recommend reading this gigantic post over on the EA forums by user RubyJavelin (linked), who runs through all of the event quest puzzles, as well as how you can interact with the secret locations.