A number of retailers in the US are now listing the new Nintendo Switch for purchase.

Back in July, Nintendo announced that a new Switch model was entering production. Essentially, it’s near-identical to the current hardware that’s available for sale, but the one huge bonus is that it offers an improved battery life when in handheld mode. There’s no word as to whether it fixes the issue of Joy-Con drift that more and more Switch owners appear to be suffering from. 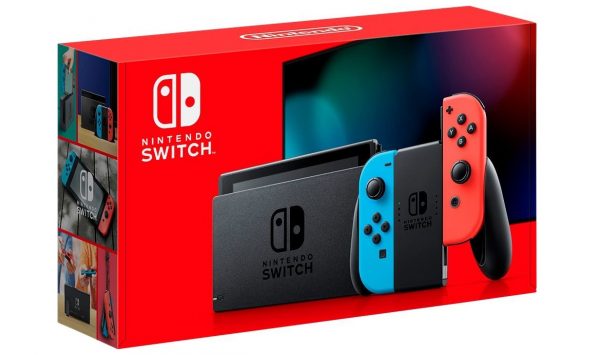 Now, instead of getting the standard 2.5 to 6.5 hours usage out of the console, the latest Switch model can keep going for 4.5 to 9 hours of playtime. This number is so wildly variable as it entirely depends on the game you’re playing. Breath of the Wild, for example, will chomp through battery life like nobody’s business.

Nevertheless, having a bit of extra charge in your Switch will be great news for those who expect to use it in handheld mode most of the time.

If that sounds like you, you might actually want to consider a Nintendo Switch Lite pre-order instead. This pared-down version of the console is slightly smaller, $100 cheaper and has a better battery life than the older Switch model too. You do lose out on a few features, though, such as the ability to hook it up to your TV and remove the Joy-Con controllers. However, these are things you can definitely live without if you expect to exclusively use your Switch while on the go.

Plus, you can also get the flashy Pokémon-themed Nintendo Switch Lite – Zacian and Zamazenta Edition.

If you can’t see yourself giving up those features, the new Nintendo Switch is available to buy for $299.99 right now from Amazon US and Best Buy. When looking for it elsewhere, you’ll want to check that the model number reads HAC-001(-01) to ensure you’re getting the new iteration.