If you came into Star Wars Battlefront 2 completely fresh today, you’d have no idea that it had a disastrous launch.

Battlefront 2 is the game that, more than any other, brought loot box concerns to the forefront of conversations around games. At launch they were particularly heinous, locking away so much progression that the game players paid full price for felt undernourished. It was a potentially very troubling sign of things to come, and the fallout was intense.

In the wake of the controversy, EA’s stock absolutely plummeted, and the game reportedly sold less than the first game, despite adding a campaign (which is, by the way, not very good, and not worth discussing further here). 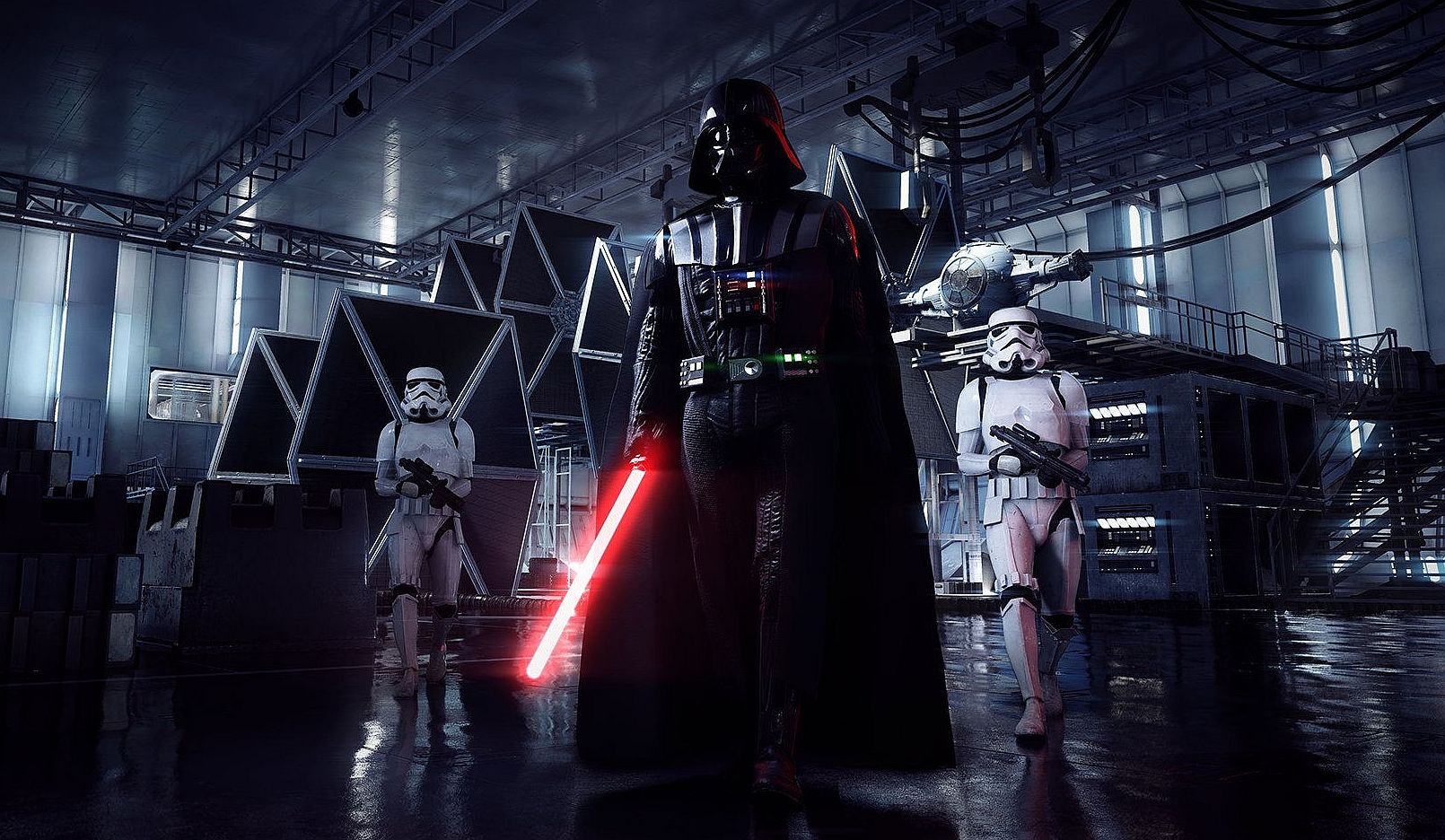 In March 2018, the whole microtransaction system was overhauled, and now, quite a while later, there’s no real sign for new players that the game was a catastrophe when it released. Those heroes that were locked behind awful paywalls at launch? They’re all immediately playable now, including the many characters that have been added since launch.

It took me a while to even find a way to spend real money in game, and the money can only go towards cosmetics that can also be earned in-game without too much difficulty. Cosmetic crates are handed out daily, and every weapon and ‘Star Card’ (class boosts and perks) is unlocked through gameplay. For what its worth, the cosmetic transactions I found are extraordinarily overpriced, but they’re also easy to ignore.

The game is still receiving major updates, and is now absolutely loaded with stuff to do – it’s feature-rich instead of feeling undercooked. It also has an active Reddit community. But – on PS4, at least – not many people are still playing it, and that’s a shame.

Star Wars Battlefront 2’s problem at launch was that it fundamentally wasn’t good enough to justify any of these expenses. But is it good enough now, with those microtransactions lopped out, and now that most players will pick it up either very cheap or as part of EA Access. If you’re a Star Wars fan looking for a decent aesthetic experience in a galaxy far, far away, I’d say so. It’s not a masterpiece, or up there with the best Star Wars games, but now that the game is far enough removed from all the bullshit that plagued its launch, the standout moments where Battlefront 2 really clicks are able to land much better. 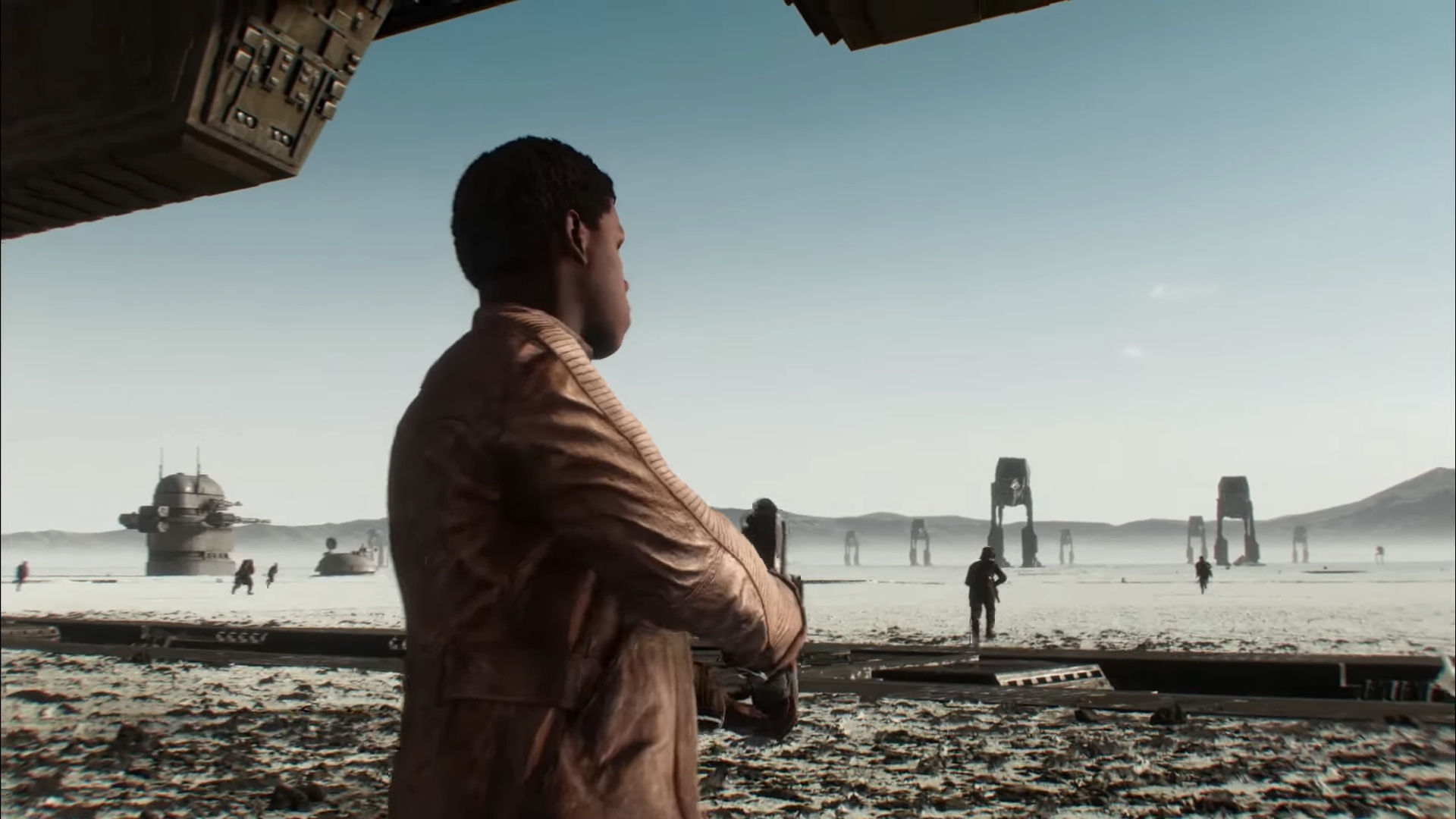 Those moments are most likely to happen in Galactic Assault. In this mode two teams of 20 compete with opposing objectives across large maps. Battle Points you earn during play can be spent on special units, ‘Hero’ characters, and vehicles when you respawn (none of which is locked away anymore). It rotates between 13 maps, and while it’s not exactly a revelation – it feels a lot like the first Battlefront, in fact – it’s pretty good fun. Each class has unique power-ups and weapons to unlock, and I found myself having a great time playing as a Heavy, blasting enemies from behind a shield while saving up my Battlepoints to grab a stronger character when I die.

The visual design really shines when things get chaotic – in my favourite moment I found myself bunkered in the infamous Tatooine cantina as a Stormtrooper, defending against rebels as they swarmed in from every entrance. This is a map that was available from launch, but the maps added since launch are fun too – the battle on Geonosis, which arrived last November, is enough to make me forget that I don’t like Attack of the Clones. It’s not as involving as, say, a good Battlefield game, but the surface-level Star Wars overlay certainly makes my little fanboy heart happy. The fact that there’s no season pass means that all the new maps that have been added are free to everyone, which is great because a split player base would have absolutely killed the game.

Heroes vs Villains – which was overhauled last May, changing the previous ‘kill the VIP’ structure and making the mode a team-based free-for-all – pits, uh, heroes against villains, giving you immediate access to the Rebel and Sith hero characters like Luke, Rey, Vader and Ren. It’s still easy to find a game in, likely because of the small team sizes, and it’s a great way to test out every hero in the game and unlock new perks for them. Unfortunately, playing a hero when everyone else is also a hero is much less compelling than it is in Galactic Assault.

The floaty controls of the force users and some janky gamefeel when two characters are mashing at each other with lightsabres makes the whole thing feel like a fan game with high production values – a ‘what if?’ game made between some college-aged coders in their dorm room, rather than an experience funded by an enormous publisher. That’s not to say that it’s bad, but it doesn’t quite feel right. A smaller player count is likely why it’s still possible to find matches.

Having immediate access to every hero – including the six that have been added since launch (most recently Count Dooku and Anakin Skywalker, released earlier this year) – is good, and how the game should be, of course. It’s just a shame that, despite being stronger and each having unique abilities, none of them is truly that exciting beyond the aesthetic thrill of playing as recognisable Star Wars characters. No amount of additions and structural shifts have made any of the heroes feel less floaty, or have made lightsabers feel weightier. 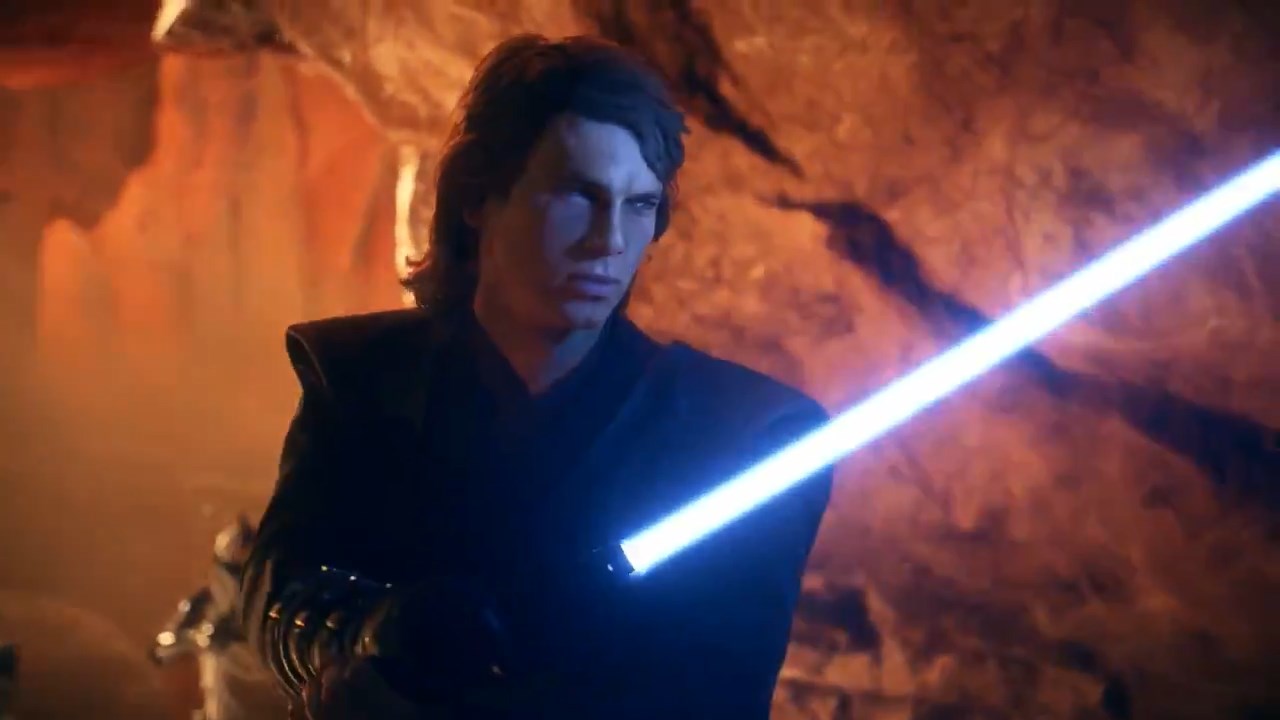 I also managed to get into a round of ‘Blast’, which is a traditional team deathmatch, and is good solid fun. But every other mode – and there are plenty of them – would throw me into an empty or near-empty lobby, waiting for players that I knew weren’t coming (you can’t check player numbers before searching for a match, which is frustrating). This includes the newly added Capital Supremacy mode, which has only been in the game since March – I couldn’t tell you whether it’s good or not, because I could not find a game, despite its prominent placement on the game’s front page. It’s a shame, and a clear sign that the early controversy really hurt the game badly. Even if Battlefront 2 isn’t great, being a decent, solid Star Wars game – which it very much is now – should have been enough to ensure a big player base.

If you’re playing Battlefront 2 in 2019 – if you saw it going for $15 in a PSN sale and thought ‘oh, why not’, and you’ve gotten bored of the undercooked single-player campaign and arcade modes – you’re in it for Galactic Assault. Even in this mode, though, I couldn’t always find a game easily. On both a Wednesday and Thursday afternoon, I found the lobbies essentially empty. I can’t speak towards the Xbox and PC versions, but based on Reddit, Galactic Assault’s dominance, at least, is the same there too. For all the game’s ambitions and improvements, the scope of what’s possible is limited when the player base has been hobbled by such a bad beginning.

Right now, Battlefront 2 reminds me of a lesser version of Battlefield 1943, the mini-Battlefield game for consoles from 2009, which launched at a budget price and succeeded at being a smaller, focused game. That’s essentially where Battlefront 2 is now, with most modes abandoned and the price having dropped off. Perhaps the game’s future is to embrace the matchmaking system the original game featured, where you filter based on player count – that might be the only way to get people into some of these modes.

Battlefront 2 was built for an assumed level of success that it simply has not achieved, but if it had launched looking like it does now (and the development team was given extra time, of course), it might have done pretty well. To make another brilliant Battlefront game, like the earlier Xbox and PS2 versions, would require a fundamental overhaul, and probably isn’t going to happen on PS4 or Xbox One. But in a generation that has been weirdly lacking in Star Wars games, Battlefront 2 is currently at least capable of scratching an itch fans are likely experiencing.