For the next few days at least, The Division 2 is free to play. If you’re a new player, then you might be a bit overwhelmed by the choice of weapons on offer, but we’re here to help with a few tips.

The Division 2 is all about the tasty loot, and there’s nothing better than finding a shiny new weapon with stats through the roof. Here are some of the best guns we’ve found in The Division 2 so far.

As you make your way through The Division 2’s story on your way to the max level of 30, you’ll see a ton of different weapons along the way.

Don’t get too attached to one particular gun however, since it’ll soon be outclassed in a few levels time. Focus on working out which family of weapons you like using, then equip the best one you’ve got to hand.

In a cover-based, tactical shooter like The Division 2, most of your engagements are going to be at medium to long range. This means it’s going to get pretty tough to whittle down an enemy’s health if your gun’s bouncing around like a dog on a trampoline. 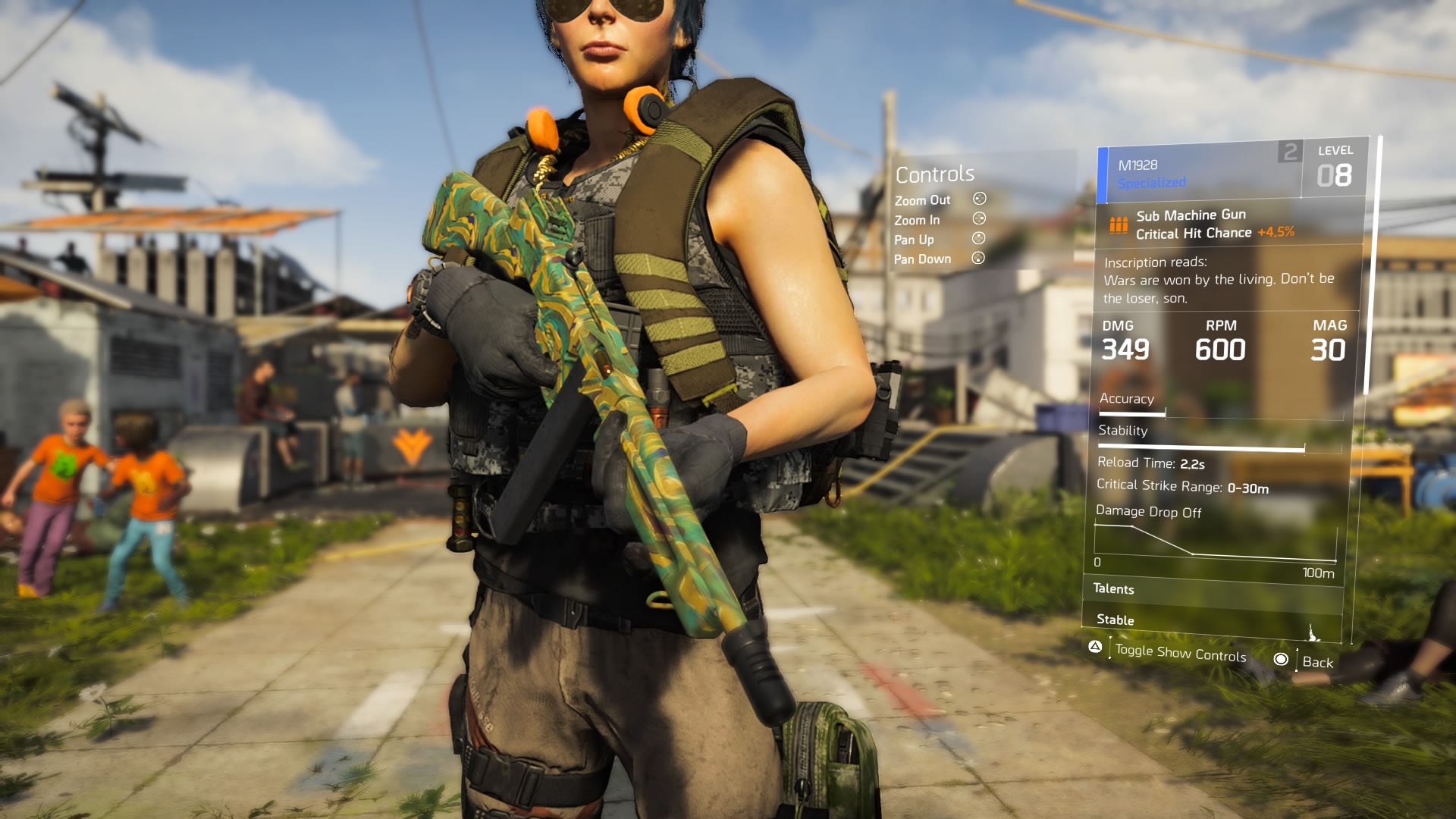 Fast-firing, low recoil guns with a high stability stat – like a submachine guns and some assault rifles – are very powerful since they allow you to sustain a higher DPS because you’re missing fewer shots. This lets you scythe down targets that’re out of cover, as well as get at lot of hits in on enemies you catch off guard.

The sniper rifles in The Division 2 – with the exception of the Sharpshooter signature weapon – feel a little weak.

Because enemies take multiple shots, even if you hit them in the head, the laboriously slow target acquisition, poor rate-of-fire, and high recoil of scoped weapons can make them tough to recommend.

However, if you go into the mod menu of a weapon and strip all of its mod slots, you can take off the scope, leaving you with something a bit like the old Kar98k from Call of Duty World at War. 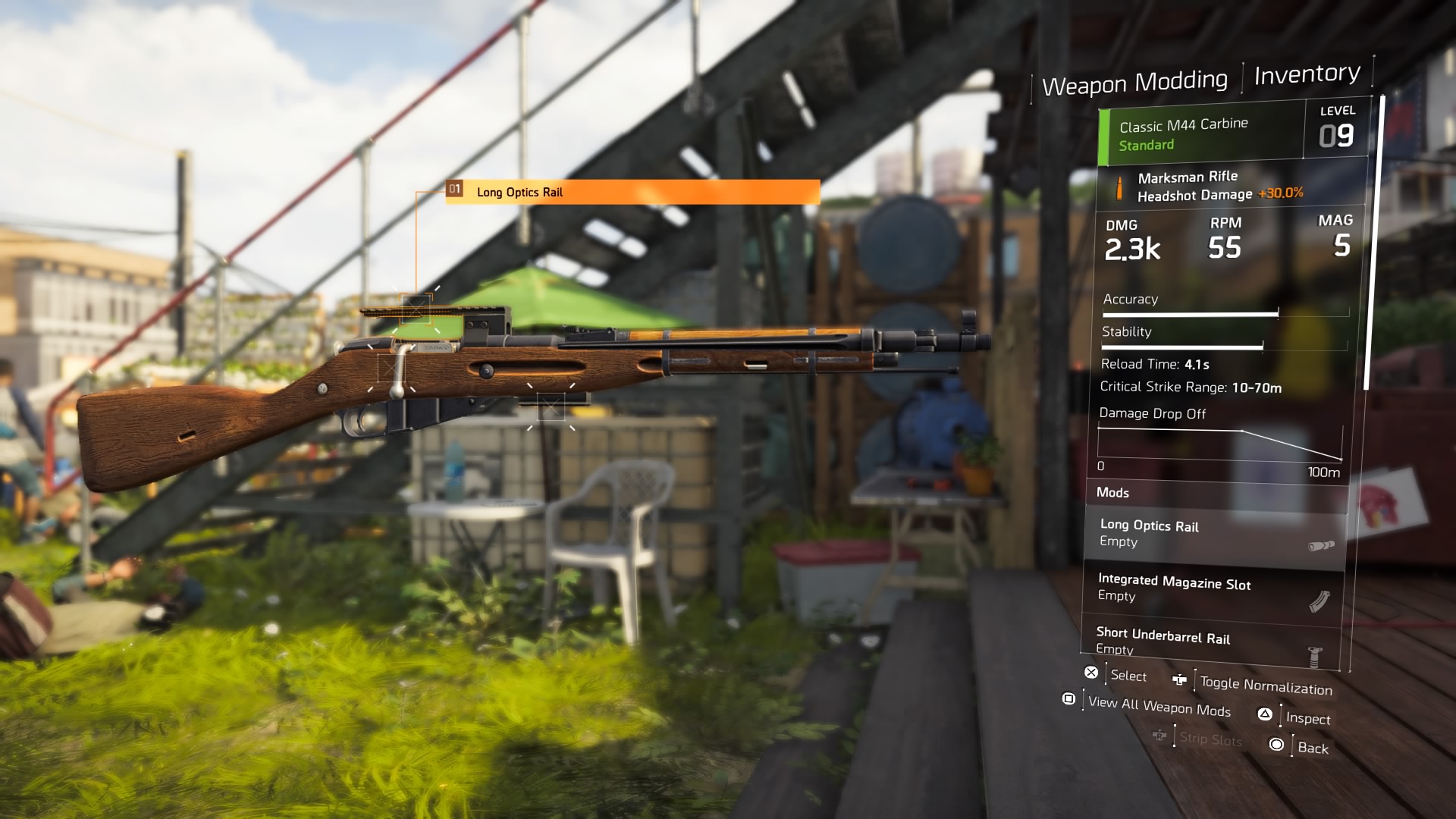 It can take some getting used to because of the reticle bloom, but unscoped snipers still have the sky-high damage of their zoomed counterparts, only without any of the difficulties with target acquisition.

If you need a second primary to deal high damage to enemies that intermittently pop out of cover, but without compromising your view of the battlefield, test this out. Our favourites are the Classic M1A, Model 700 and Classic M44 Carbine.

To start with, the LMGs in The Division 2 seem a bit weird. They’re not that accurate, their magazine isn’t that much bigger than an assault rifle’s, and their firing reticle is a strange box.

As you start to figure out how they’re best used though, they start to make a lot more sense. If you stick in cover that box gets a heck of a lot smaller, and is incredible at lining up medium range headshots – which can earn you a ton of extra XP when combined with the Headshot Accolade perk. Over the course of multiple story missions this can net you an absolute ton of XP, so it’s worth trying out. 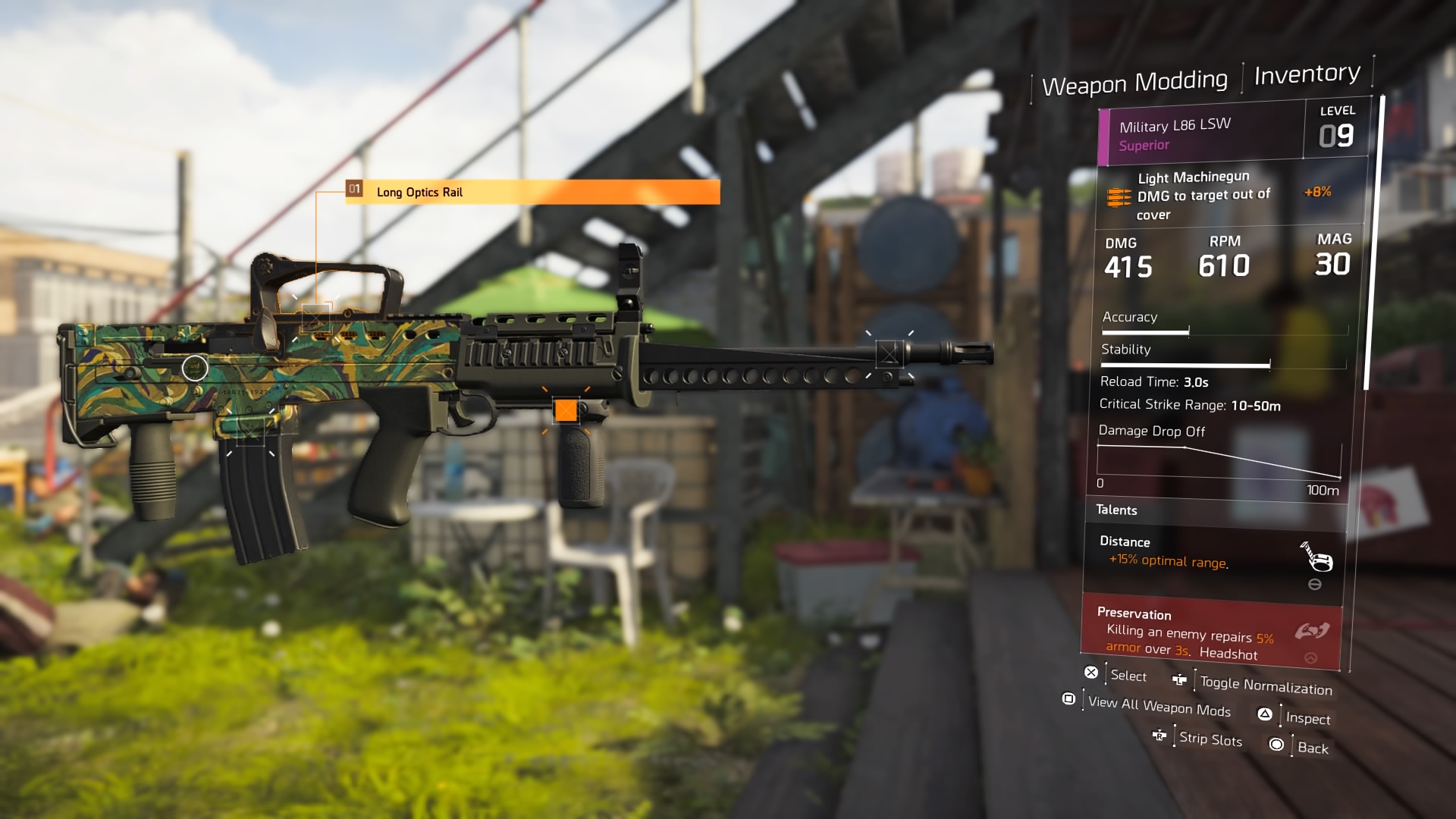 The weapon class’ bonus to damage on targets out of cover is very useful as well, so consider using one for medium range engagements.

What are the best weapon combos you’ve enjoyed in The Division 2? Let us know in the comments!

For more early game tips on The Division 2, check out our guides to the best skills and best perks to unlock at the start of your mission.

Struggling to track down Printer Filament in The Division 2? Take a look at our material farming guide.