Even though the Eagle Bearer has been in Tartaros for what seems like no time at all, they’ve already broken everything.

After defeating Cerberus, the three-headed guardian of the Gates of Hades, the balance of the living and dead has been thrown all out of kilter. To solve the problem, the Eagle Bearer must find and recruit four new Guardians; legendary heroes worthy enough to strike fear into the prisoners of Tartaros.

Here’s where you can find them in the landscape. Take this as a spoiler warning for the identities of the Guardians, the names of locations, and also some of the main game characters that return as mercenaries in this DLC.

While the Legacy of the First Blade DLC borrowed the Cultist menu from the main game with it’s Order of Ancients, Torment of Hades’ Fallen Guardians work a lot like Mercenaries.

You either have to find a champion by wandering around the world, or get a clue to their whereabouts from a lesser foe so you can track them with the Fallen menu.

The Eagle Bearer can come across all four new guardians as soon as you’re set free in Tartaros, but most of them require you to obtain the special Armor of the Fallen which lets you pass the Tartaros Veil (we have a page on where to find it if you’re stuck).

Slayer of the snake-haired Gorgon, Perseus is the first of the four guardians that you can recruit, since he can be fought without passing through the Veil.

To get the info on how to track him, you need to defeat Deianeira. To find her head to the northwest of the Chasm of Torment, or first defeat the Poisoner in the Mourning Fields, then Epiktetos at the Orphis Lair in the far south of the Mourning Fields.

Alternatively, you can just go and find him in the far north of the Scorched Lands area. Use Ikaros to scout the area, and you’ll be able to see the large structure that you fight him inside of from quite far away. 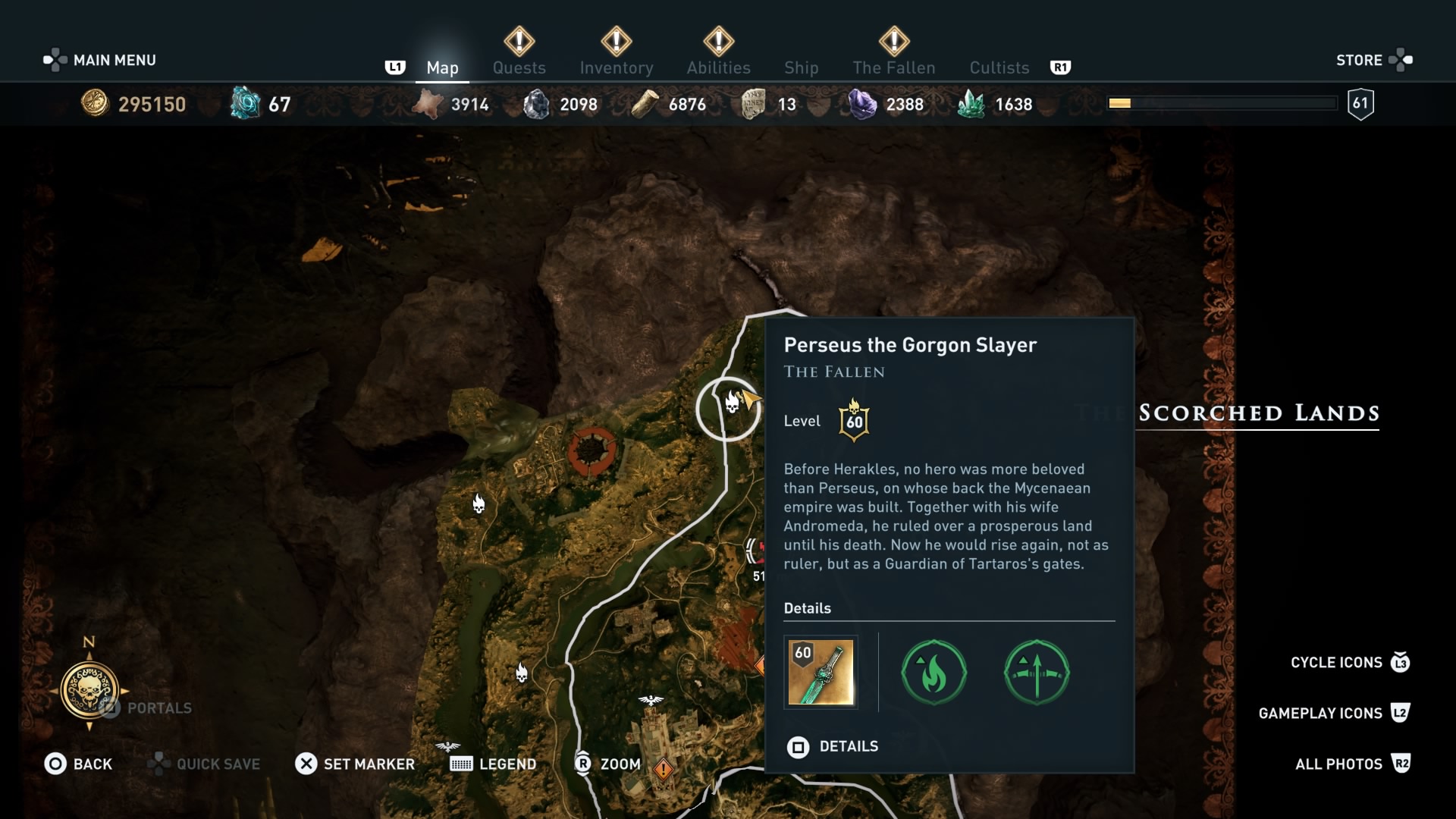 The fight is similar to the Gorgon battle from the main game.

Legendary warrior and tendon aficionado, Achilles, is next on your list.

You’ll need to be kitted out to get through the Veil to fight him, but after defeating Perseus you should be able to track him on your map.

To find his hideout at the Hall of Maniai straight away, head to the east of the Mourning Fields area. 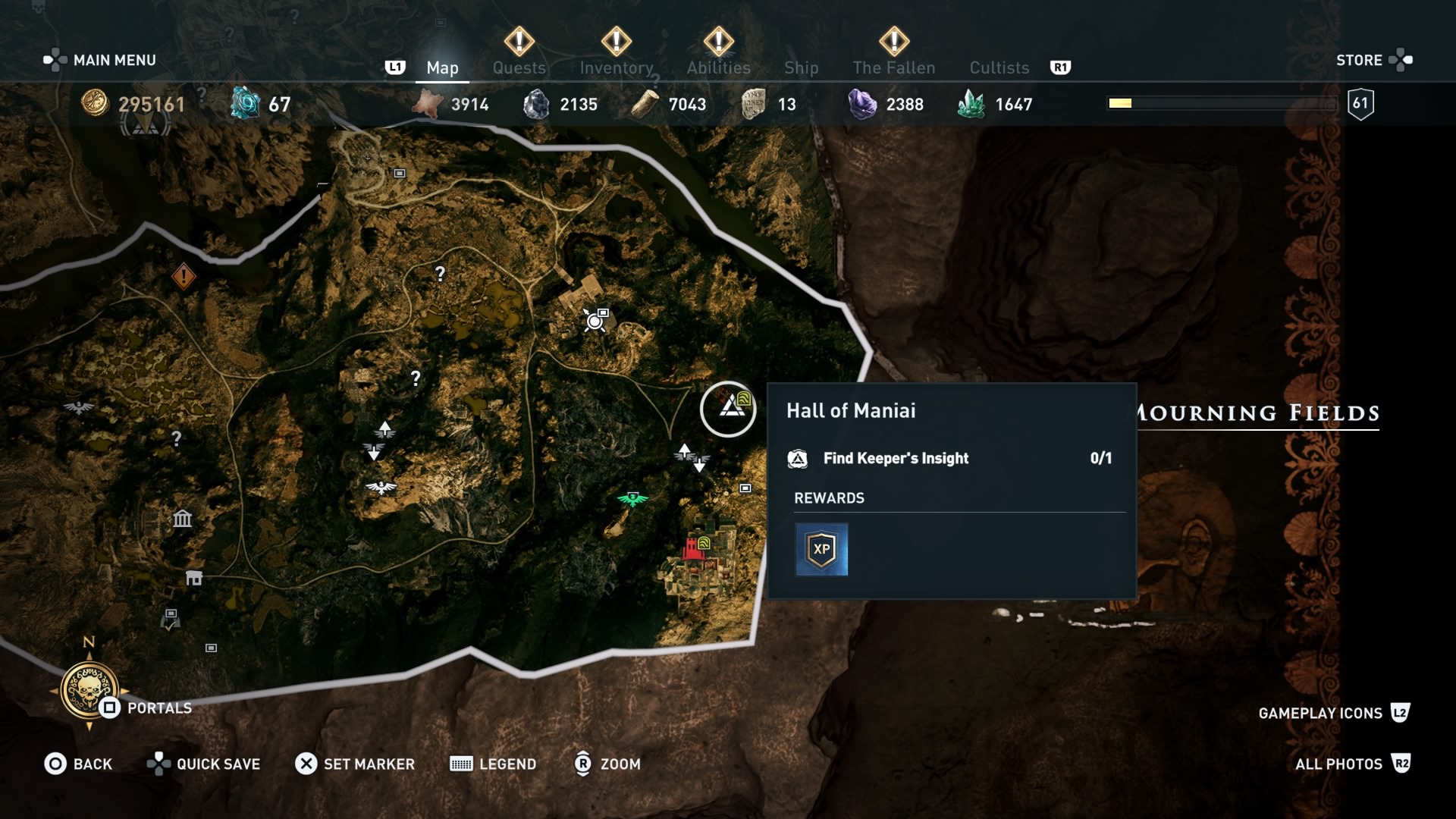 The Hall is to the southeast of the Eternal Battlefield, and north of the Fort of Retribution.

The mythical king of Mycenae, Agamemnon, takes a little more work to track down.

Although you can track him on your map after you’ve killed The Swordfish in the southwest of the Mourning Fields, Agamemnon’s arena isn’t out in the open like Perseus and Achilles. 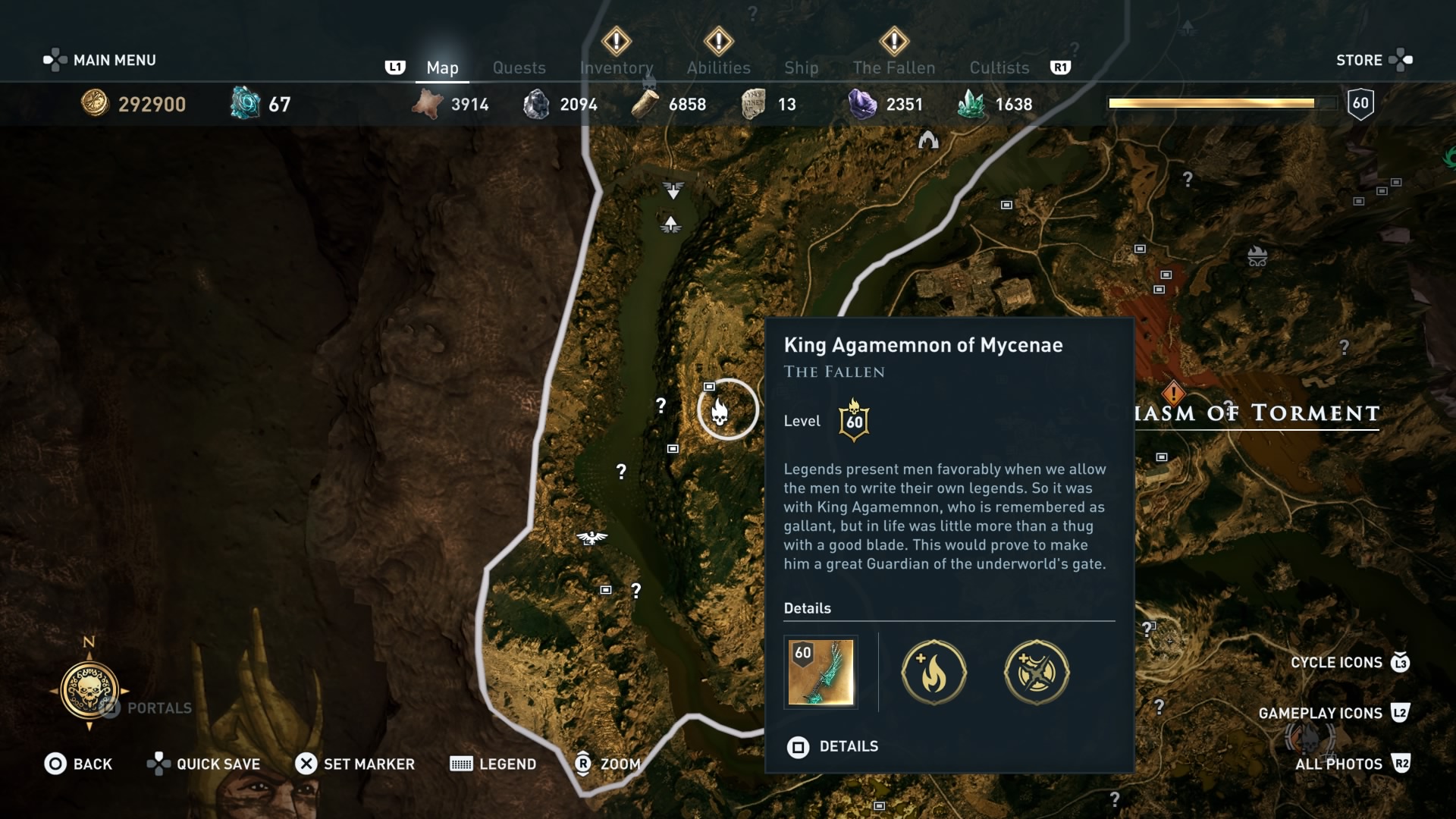 To get to him, you need to find the Pit of Deprivation in the centre of the Scorched Lands area and jump inside. 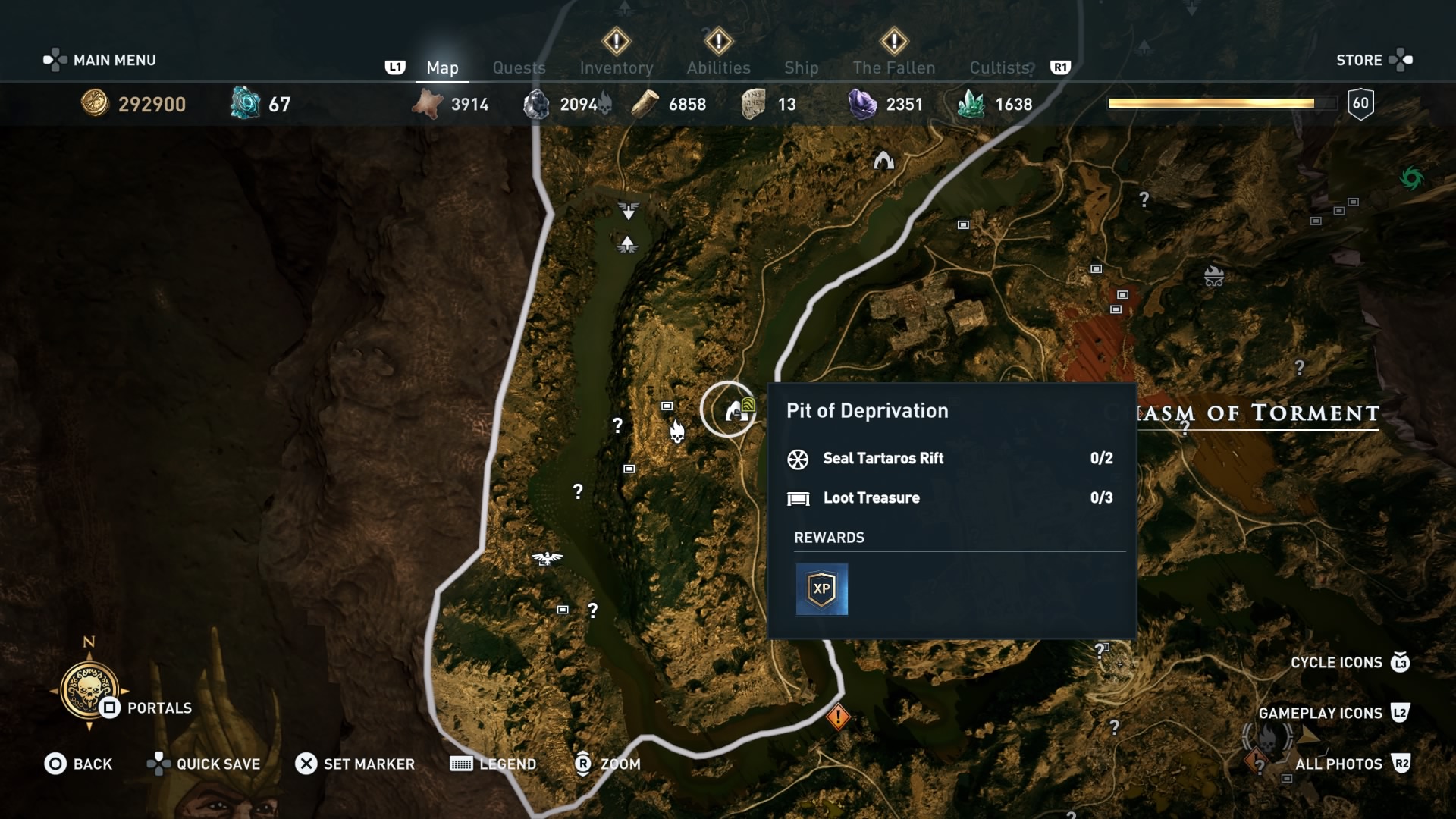 At the bottom, take the left-hand path through the veil and you’ll find him.

Finally, no labour is too tough for the mighty Herakles – even guarding the gates of hell for eternity.

He might not sing about going the distance in Assassin’s Creed, but you’ll have to go quite far out your way to find this version of Hercules. 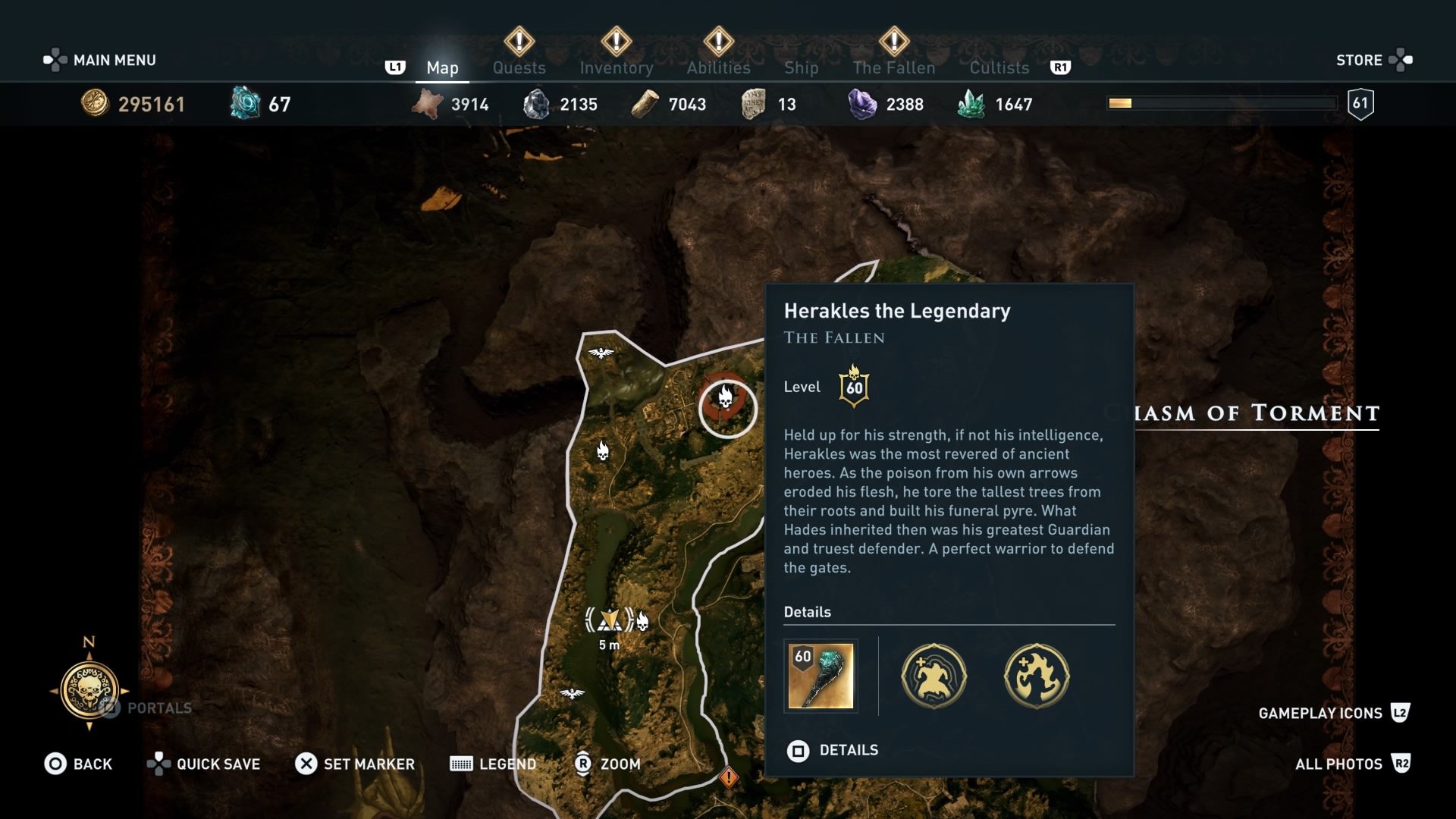 In the north of the Chasm of Torment you’ll find Tartaros Fort. On the eastern side of the fort you’ll find the entrance to an underground chamber – inside you’ll find Herakles.

You’ll need to pass the Veil to fight him, so make sure you’re equipped.

Once all four are recruited, you’ll be well on the way to completing the DLC’s story, and ready to report back to Hades.

To find all of the Perceptions of Hermes from this episode before you leave, take a look at our full page!