The land of the dead isn’t meant for the living. As the Eagle Bearer navigates the hellscape of Tartaros, they find themselves weakened by the corrupting power of death.

To make matters worse, blocking their path is the Veil of Tartaros: an ethereal barrier impenetrable to mortal life. Their only hope is to find the legendary Armor or the Fallen which grants passage through the veil. The only problem is that the pieces are lost, and held by some of the deadliest foes from the misthios’ adventures!

Take this as a spoiler warning for the identities of returning characters, as well as locations in the open world.

Where to find the Armor of the Fallen

The first four parts of the armor set are found by defeating deadly enemies from the Eagle Bearer’s quests in the main game.

You get the final piece by helping an old “frenemy” in Hades’ Palace.

A New Lease on Death, and Arms of Atonement quest

To get the gauntlets of the armor set, travel to Hades Palace and find the quest A New Lease on Death. Then complete the “Arms of Atonement” questline. 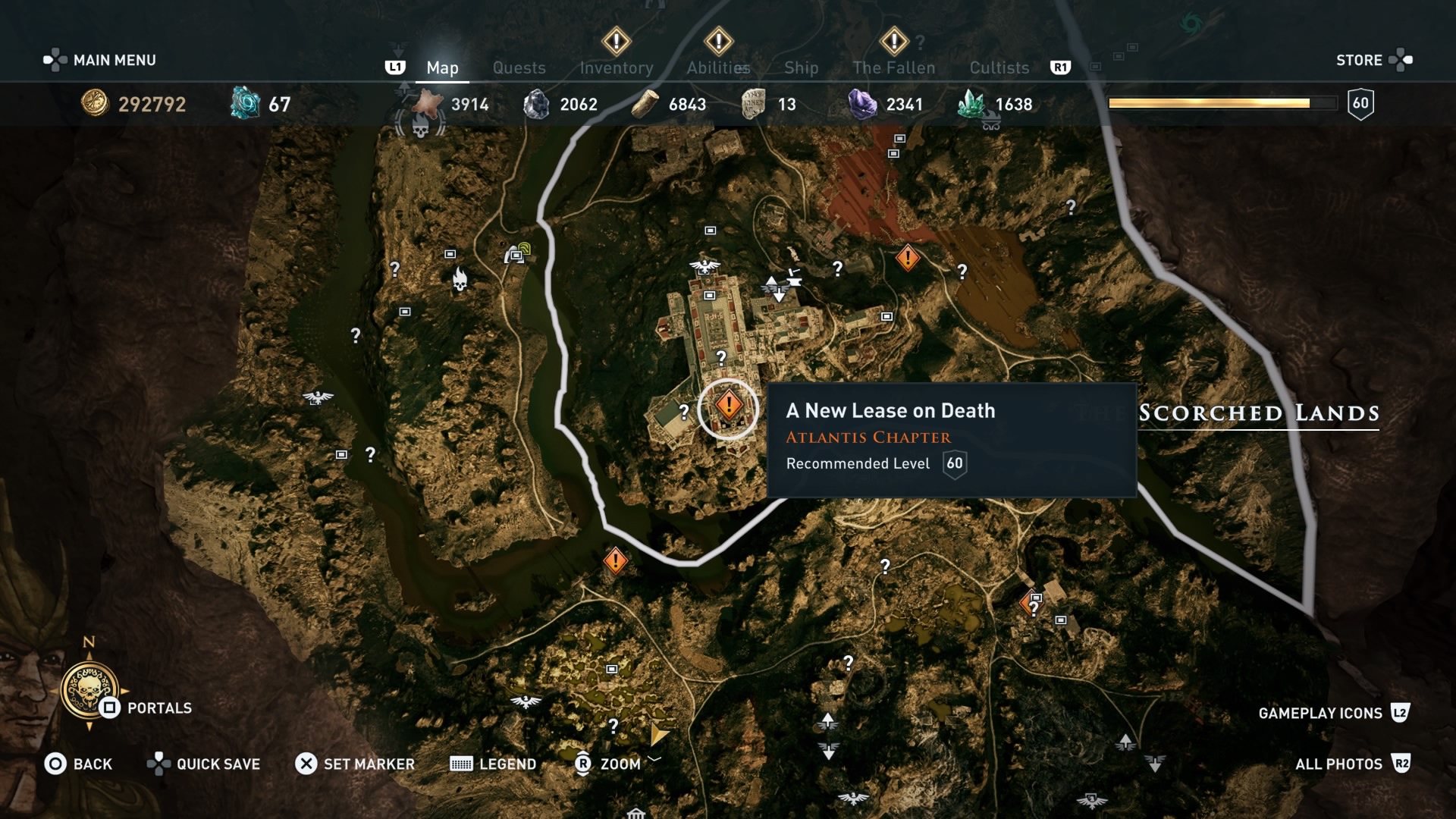 This involves searching through the Treasury of Kronos for the loot. Be sure to jump down the well just in front of the door to the Treasury – it’s where you’ll find the Birth Cave of Kronos Keeper’s Insight.

If you navigate to your Mercenaries screen, you should find a new list of targets – The Fallen – these are the tough enemies that hold the armor pieces.

The first is The Poisoner of Athens, whose plot you foiled early in the main game’s questline.

You can mark him on the map far to the south of your starting position in the Mourning Fields. 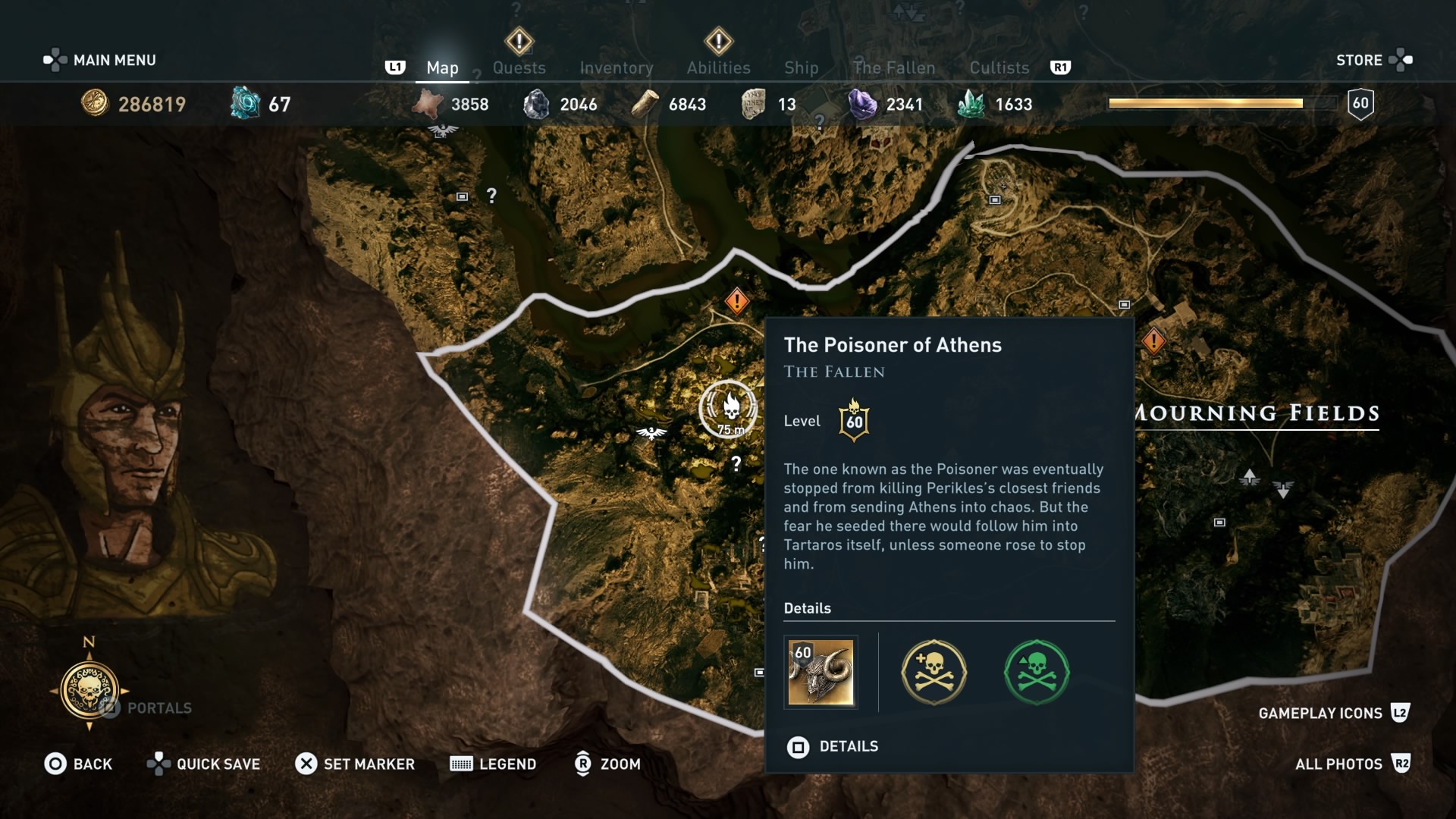 The fight is much tougher this time around, and he’ll be flanked by lots of deadly snakes. Be sure to stay out of the water – it will poison you.

Remember the cultist Deimos squished against the Isu pyramid in their secret lair? Well he’s learnt a lesson or two from his death, and now must be defeated to obtain the second part of the armor set.

First head down to the far south of the Mourning Fields. 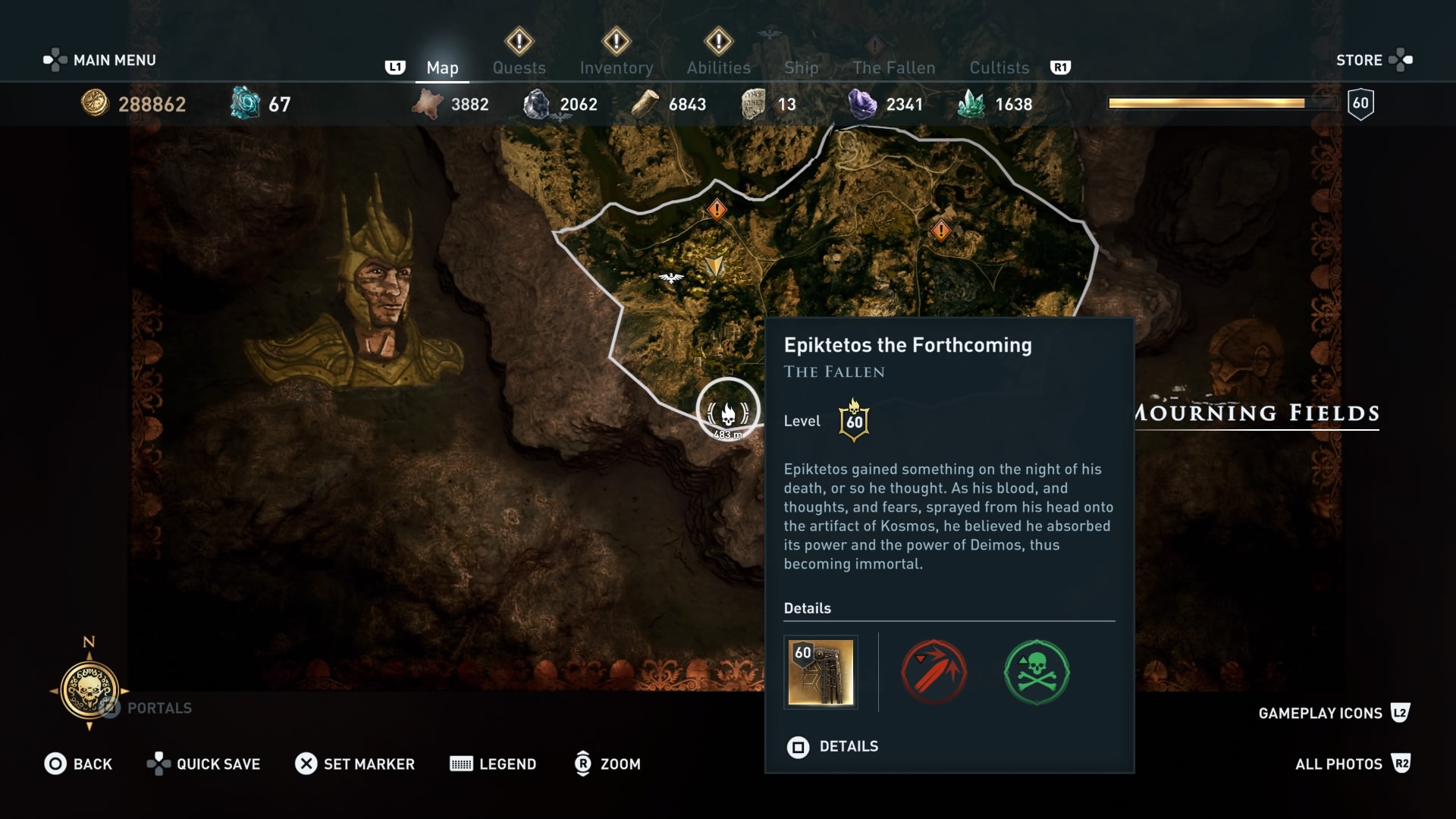 Then to get down to Epiktetos, you need to go down into the nearby Orphis Lair. 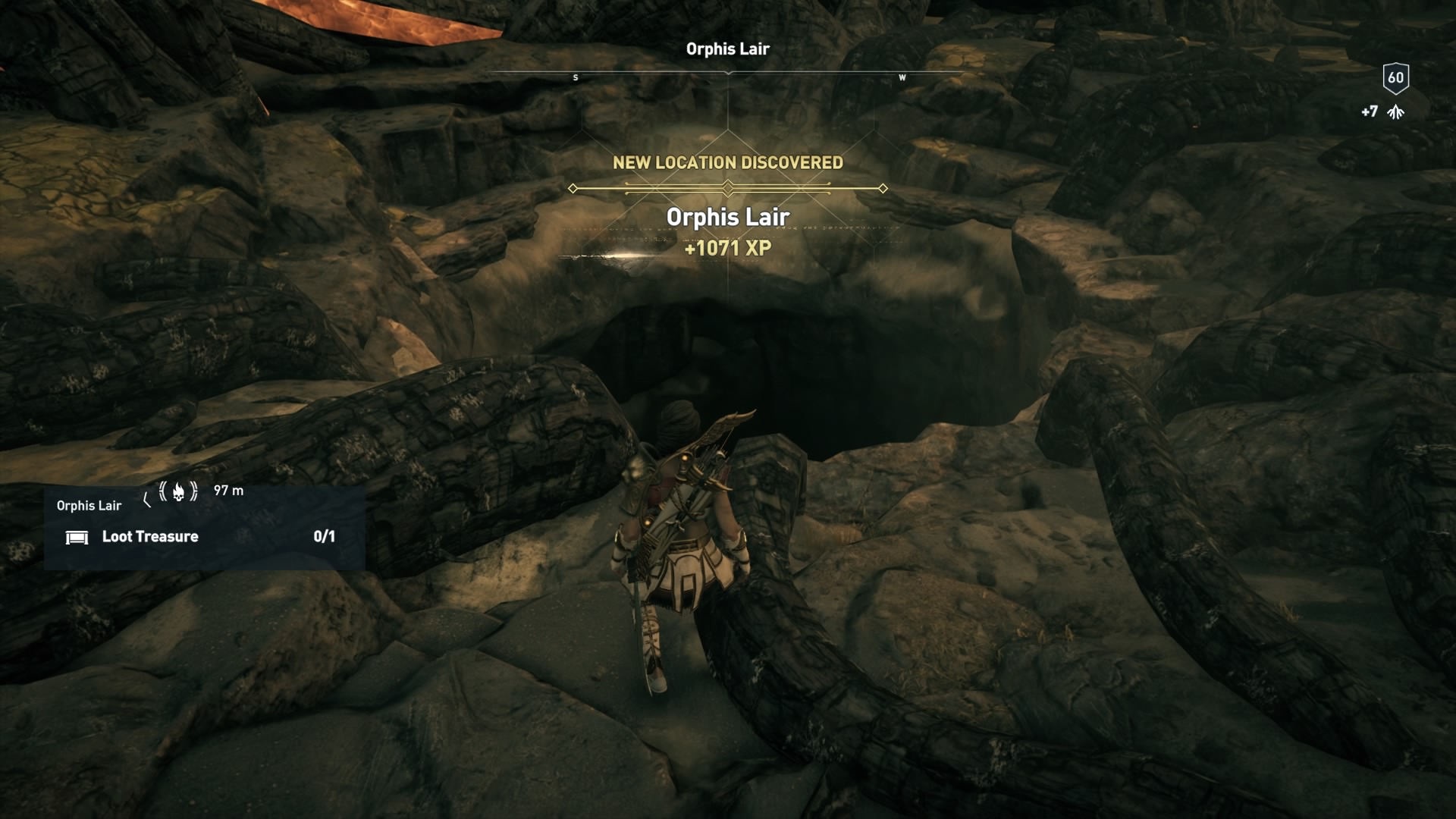 Next up are the twin cultists Deianeira and Asta, who you fought close to your second meeting with Nikolaos in the main quest. 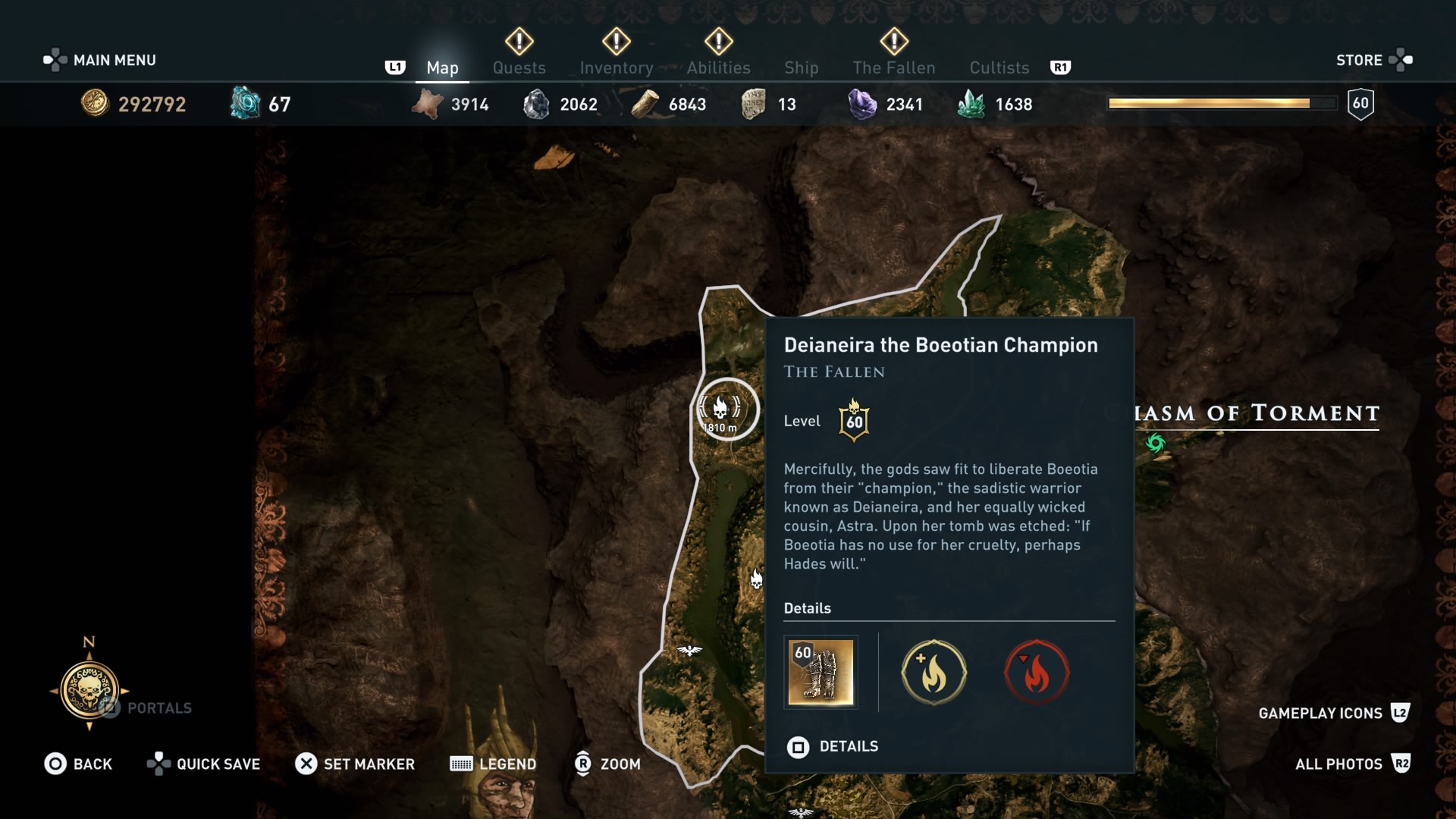 You’ll find The Swordfish just to the south of The Poisoner and to the north of Epiktetos, in the Burned Temple of Moira. 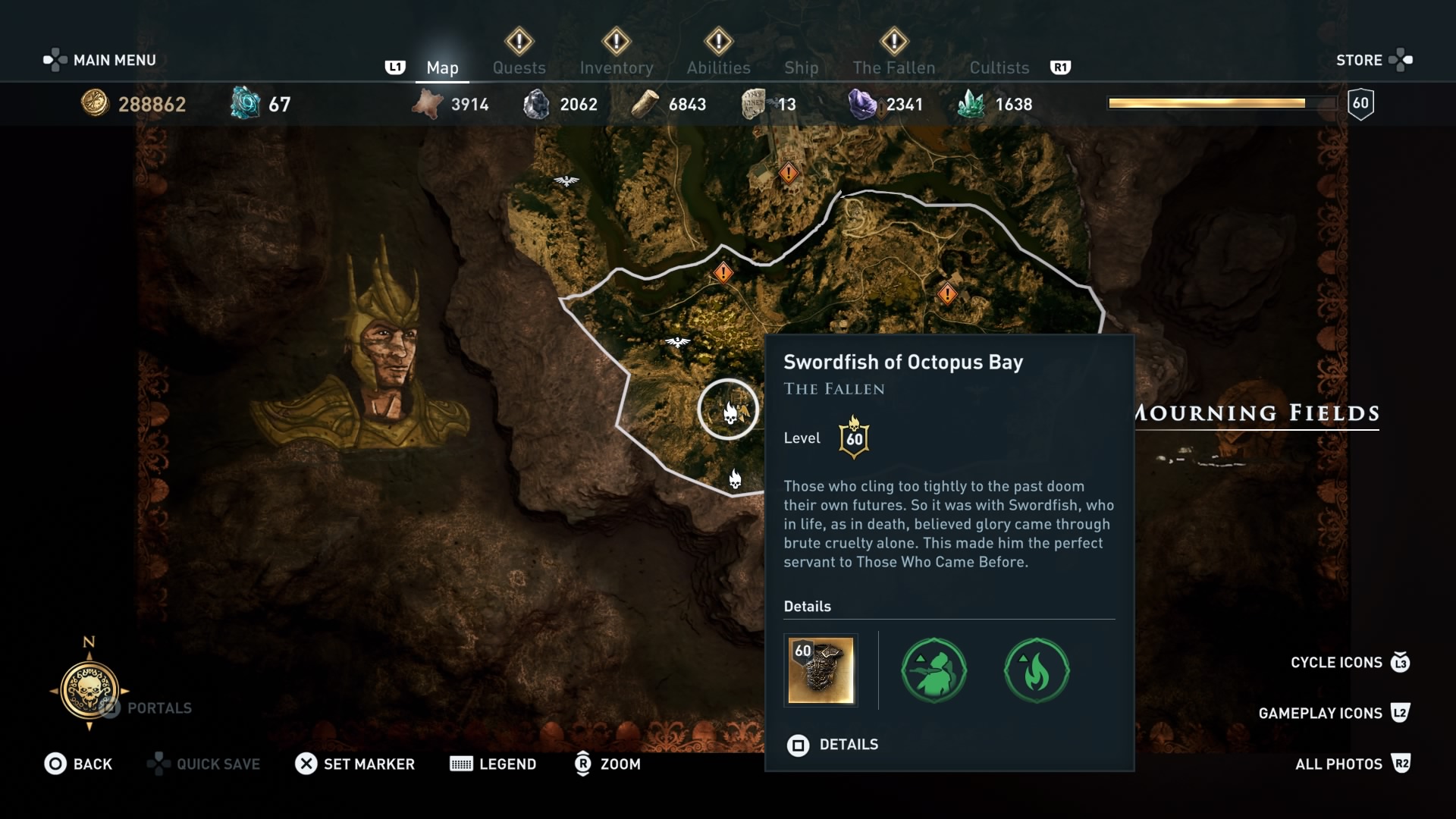 Once you’ve acquired the mighty armor, you’ll be ready to take on the glorious heroes of Greece and recruit the four Fallen Guardians for the Gates of Hades – check out our page for their locations.

But don’t forget why you’re in the Isu simulation in the first place! We’ve also got a page on where to find all of the new Keeper’s Insights.