Get ready to team up with the Jump Force! Spike Chunsoft’s ultimate manga crossover is finally out in the wild, featuring anime superstars from the whole of Shonen Jump’s venerable 50-year history. Right at the start of Jump Force’s story though, you’ll start collecting Active Points and need to pick between Teams Alpha, Beta, and Gamma to advance.

It’s not immediately obvious what this means, and what impact it’ll have on your game going forward, so we thought we’d put something together run you through the choice.

First off, it seems like this largely a cosmetic decision. So don’t be too worried if you just want to pick the team with your favourite characters. 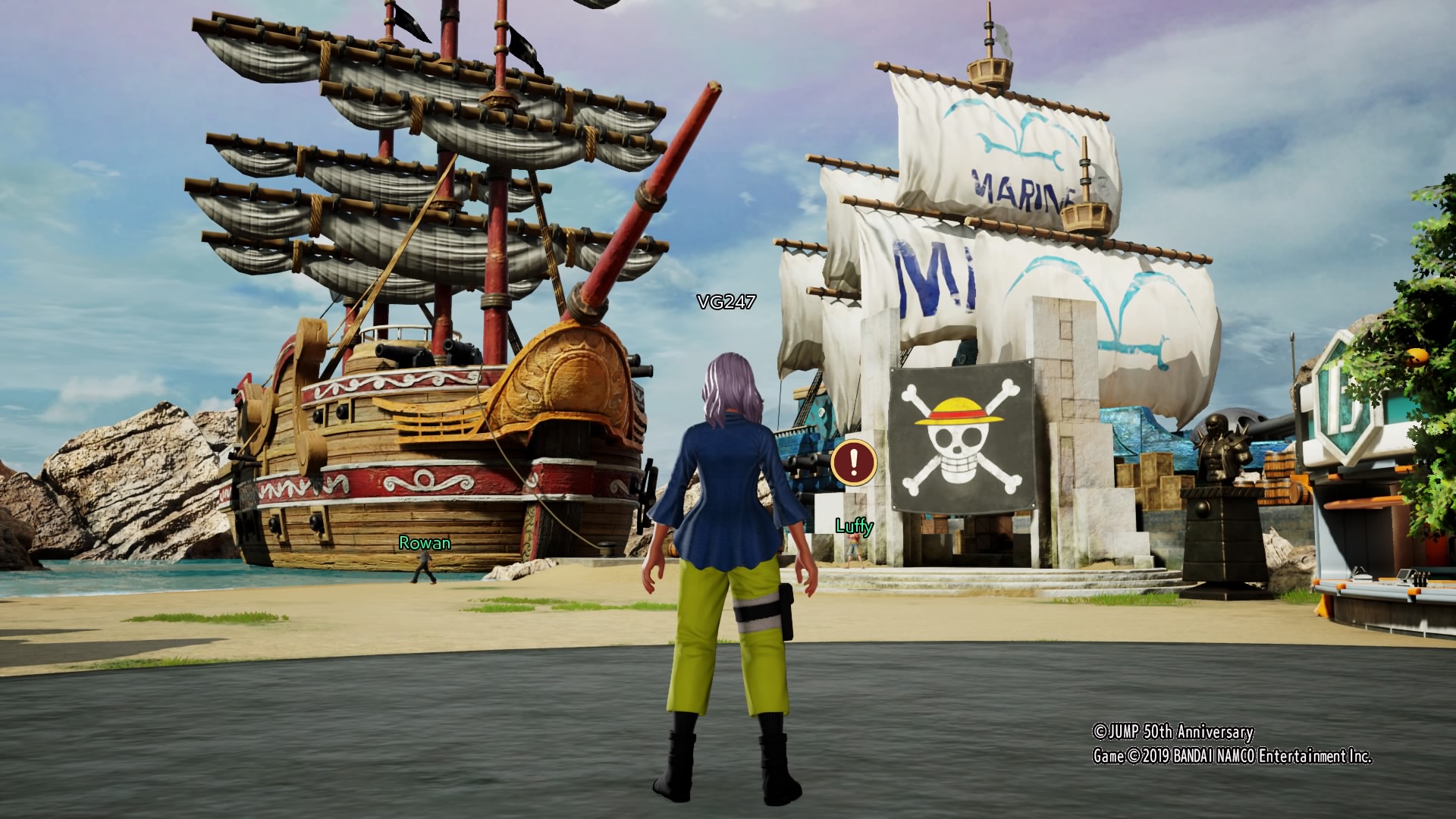 Team Alpha is led by Goku, with support from Piccolo – both from Dragon Ball (Z). The leadership is finished off by Gaara of the Sand from Naruto and Roronoa Zoro, the triple-sword-wielding pirate hunter from One Piece.

Team Beta is more exclusively based around One Piece, being headed up by Monkey D. Luffy with help from Sanji and Boa Hancock. The team leadership is finished off by Boruto, Naruto’s son, and star of his own series.

Team Gamma is Naruto’s team, which he leads with his long-time mentor Kakashi and on-again-off-again bestie Sasuke Uchiha. The team’s rounded out by Sabo from One Piece and the future version of Trunks from Dragon Ball Z.

How to join a team

To actually join a team in Jump Force, you first must speak to the leaders of Alpha, Beta, and Gamma, then return to Director Glover to make your choice.

What does your team actually change?

Since you’ve already made your custom character and chosen your basic melee fighting style, there’s nothing that can change there.

What your team choice does affect however, is your starting skills. Your Avatar will inherit their starting skills from the leaders of each team, so for example if you pick Team Alpha you’ll get Goku’s Kamehameha, Zoro’s 1080 Pound Phoenix, Gaara’s Sand Tsunami, and Piccolo’s Light Grenade.

However, immediately after you’ve picked a team, you’ll be able to buy all the specials from every unlocked character from the shop.

Regardless of whether you pick Team Alpha, Beta, or Gamma, Kamehameha and Rasengan are good because they have good reach and can be chained onto the end of Rush combos. Generally, the starting suite of skills you get is quite balanced – with a mix of different long-range, dashing, and AOE abilities.

What are Active Points in Jump Force?

You might’ve noticed as you go about your business in Jump Force that a message appears in the top right of the screen awarding you “Active Points” in small increments – usually around 2, 5, or 10 based on whether you’re talking to an NPC or buying something from the shop.

Active Points aren’t massively important in a practical sense, but count towards a running total for all of the players playing Jump Force. Players representing the team with the most points at the end of a game season receive “rewards” – so check in from time to time.

This means that if you really, really want to rep your favourite Jump characters, then pick their team to contribute.

You can see who’s wining by asking the clerk at the “Events” desk in Umbras Base, as well as see how you’re contributing on the leaderboard upstairs about the mission desk.

How does your team affect the story?

Regardless of the team you pick, you’ll still interact with all of the Jump Force roster on a regular basis. You’ll go on missions with Naruto if you pick Team Alpha and head out to save the world with Gaara if you’re in Team Gamma – so don’t worry about never seeing your favourites again.

The overriding message here then, is that you’re not locked into anything too drastic with your team selection. You can pick tactically if you want a particular character’s skill, but you can always acquire it later anyway.

Still on the fence about Jump Force? Check out our full review, where we unpick all the good and bad from the game.