The latest entry in the Lost of Tales of Greece has arrived for Assassin’s Creed Odyssey, and the next paid content drop has a release date.

A new Assassin’s Creed Odyssey content drop has arrived, and it’s the latest entry in the Lost Tales of Greece saga.

Titled The Daughters of Lalaia, a village has been left “defenseless,” and you will need to make choices regarding its survival, and prepare the inhabitants for incoming danger.

To get started, travel to the Valley of the Nymph in the Phokis Region after reaching Chapter 5 of the main story path. The first quest is called A Gathering Storm, and Ubisoft recommends that you are at least level 13.

Some people are reporting that the quest isn’t showing up for them properly. If this happens to you, quit out of your game and return to the main title screen, then go back into your save, open the world map, and you should be able to see A Gathering Storm in Phokis.

Another new monthly quest, Poet’s Legacy, find you meeting up with Greece’s “most scandalous poet.” During this questline you’ll learn that she isn’t quite what she seems as you become “increasingly involved in her risque performances.” Ooh, sounds interesting.

To get started, reach Chapter 5 of the main story and make your way to the Boetia region. The first quest is called Praxilla’s Admirer and we recommend that you’re at least level 34.

If you own the Assassin’s Creed Odyssey Pass, you’ll be pleased to know the second DLC will arrive this month.

Called Shadow Heritage, it continues the story arc from the first episode, Hunted. Shadow Heritage will task you with investigating a blockade around the port city in Achaia. You’ll discover a group of stranded citizens whose lives are being “threatened by a fierce naval commander,” who is in charge of the blockade. Prepare to battle on the high seas in this installment.

Shadow Heritage will be available starting January 15. To start Episode 2 you need to complete the first episode, Hunted, complete the Naxos questline in Chapter 7 of the main story, and be at least level 28.

And that’s not all: the legendary Cyclops Arges is coming, and if you best him, you’ll earn the Hammer of Hephaistos. He resides on a Volcanic Island which you can fast travel to with the additional markers added to the map in the 1.1.1 Title Update.

This is an endgame challenge, which means you need to be at least Level 50 when attempting.

Aya from Assassin’s Creed Origins will be available as a Legacy Lieutenant later this month to Uplay members, along with a new Dionysos Character Pack . It comes with a gear set, awesome bull mount, and a legendary dagger. And even later this month, you’ll be able to get your hands on the Athena Pack. 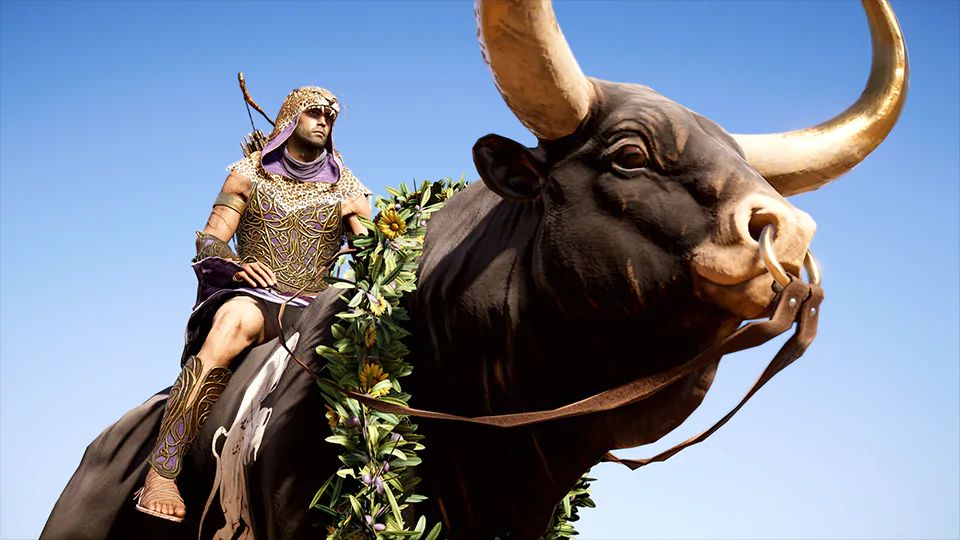 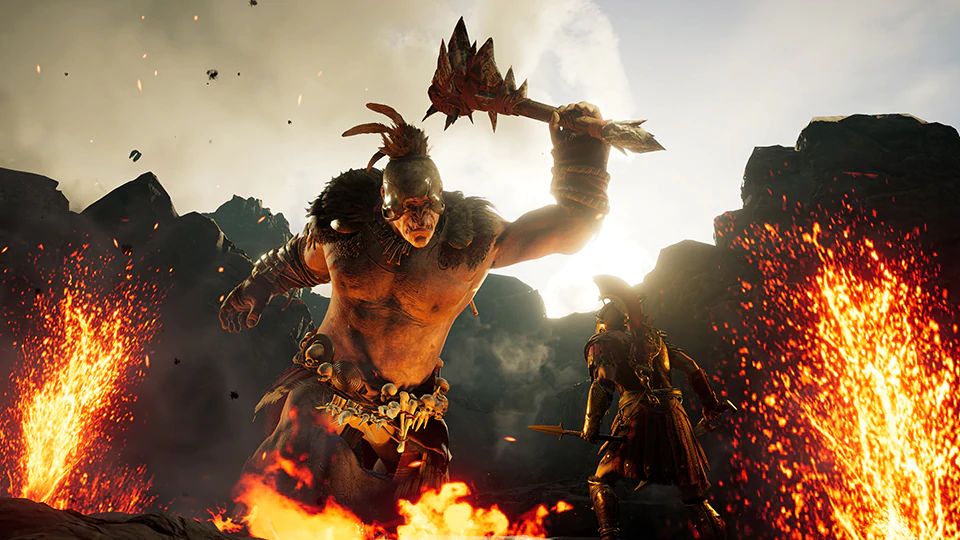 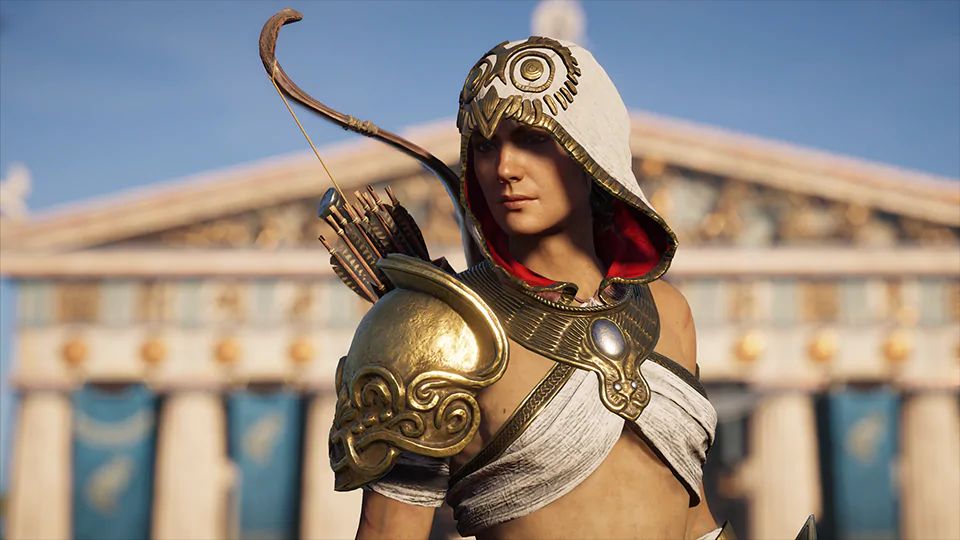 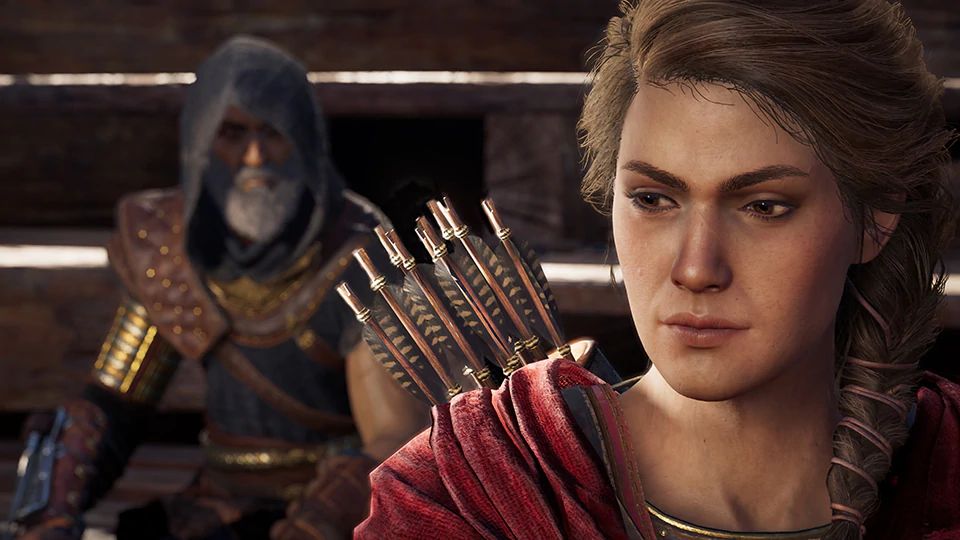 Finally, a new title update is in the works for January 10 which will add an all-new vendor, Hephaistos, to the game. Hephaistos’s Workshop can be found in the Myson Cave in the Malis region You can expect the following services from him:

With the next update, you’ll also be able to adapt enemy scaling to the following preferences: