We’ve rounded up a selection of the cheapest Xbox One S deals now that the Black Friday sales are well and truly underway.

The cheapest Xbox One S deal available right now is this Xbox One S 1TB with Forza Horizon 4 for £169.99 from Amazon UK. You can get out there and cruise around delightful locations across the UK!

Meanwhile, if you’re in the US, this Xbox One S 1TB Minecraft Creators Bundle is just $199.99 from Best Buy. 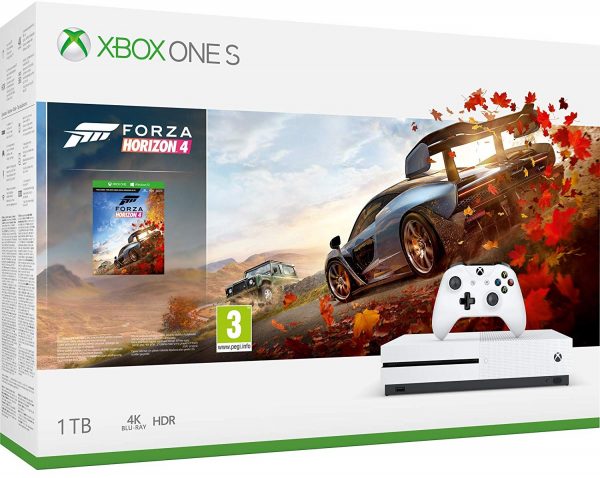 If the racer from Playground Games isn’t your prefered choice, though, you can also get the exact same console with either Battlefield 5 for £169.99 or some Fortnite bonus items for £169.99. Extra choices are always good, right? And these are great if you’re into shooters – and specifically battle royale games – instead.

But wait, there’s more! Throw a little more money at the situation and you can then get an Xbox One S 1TB with two controllers, Forza Horizon 4 and Spyro Trilogy Reignited for £199.99. That’s probably the best value Xbox One S deal we’ve seen so far.

The bargains keep rolling in thick and fast over the mad week of retail armageddon, but you can keep track of it all over on our Xbox One Black Friday deals hub. We’ll be updating it over the next few days with all the cheapest Xbox One S deals, best games offers and more.