You might have been a little confused about who the leading man was in the Devil May Cry 5 debut trailer (I definitely wasn’t, but you might have been) – especially since he looked so similar to Dante in his DmC incarnation.

It turns out it’s not, though – it’s yer boy Nero, Dante’s nephew from Devil May Cry 4. If you had watched the trailer carefully instead of rushing to write words on the internet, you would have realised this because of his signature weapon and the fact his arm wasn’t an actual arm. You idiots. 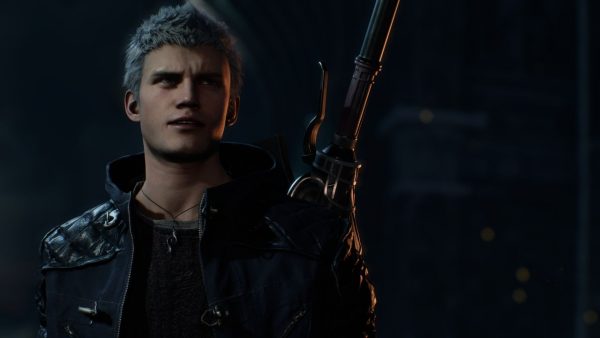 So why did Capcom give Nero a haircut and a redesign? “Nero’s redesign came from a want to show Nero at his prime,” producer Matt Walker tells me.

Game director Hideaki Itsuno wanted Nero to look like a “sports star at the top of their game, someone at their physical peak, who could seemingly take on anything” – that was the direction he gave to the team.

“The change in colour palette for his costume actually comes from the way colours read in the game – both in DMC4 and for DMC5 Itsuno-san wanted Nero to be wearing black (since ‘Nero’ means black in Italian, after all) but in both games we found that a black costume wouldn’t read very well,” Walker explains.

“For DMC5, our solution was to pick a colour that we felt was the next closest thing – a dark, navy blue.” 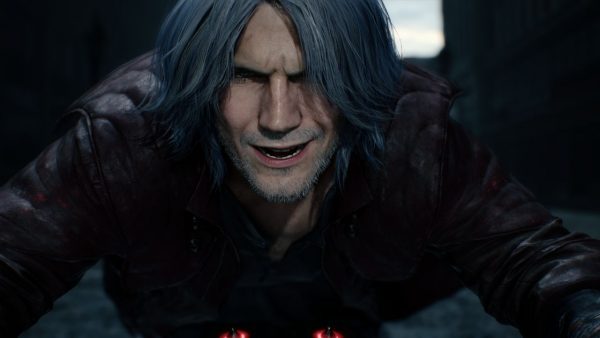 Elsewhere, Nero is rocking some other visible differences from his DMC4 incarnation. As well as the haircut and the wardrobe change, Nero’s demon arm has been replaced with a mechanical limb of some sort. This isn’t just an aesthetic decision, however.

“You’ll find that there are both gameplay and story reasons for why Nero’s Devil Bringer has now been replaced by Nico’s patented Devil Breakers – you’ll get a chance to see more of that at Gamescom,” Walker says.

As for the people who got confused when Nero appeared on the screen during the reveal, how does Capcom feel about those guys?

“I’d like to say that I understand how people can have different interpretations of things, and as producer I’m really grateful that fans have been so overwhelmingly excited for what we’ve been making,” Walker says. “As such, one of my personal goals is to continue to involve myself with that shared excitement we all have, and hopefully contribute to keeping that atmosphere positive and understanding. In the end, it’s all video games – which should be fun!

“If you didn’t know who Nero was, or if there’s someone that doesn’t like some aspect of the game, I’m hoping that we can all accept each other and focus on the things we have in common – that we love video games and are excited for DMC5.”