A Fortnite PlayStation 4 Bundle will arrive on the market next month.

Epic Games and Sony are bringing the Fortnite bundle to the masses on July 16. It wasn’t announced through the usual channels, instead, it was posted on the PlayStation Italia Facebook page a couple of days ago.

According to the post (thanks, Dexerto) the PS4 Bundle includes an exclusive skin and 500 V-Bucks.

Here’s the blurb translated by Google:

“Ready for summer challenges? From July 16th PS4 arrives with Fortnite, the videogame phenomenon of the year! In the package there will also be the special costume Royal Bomber and 500 V-Bucks!” 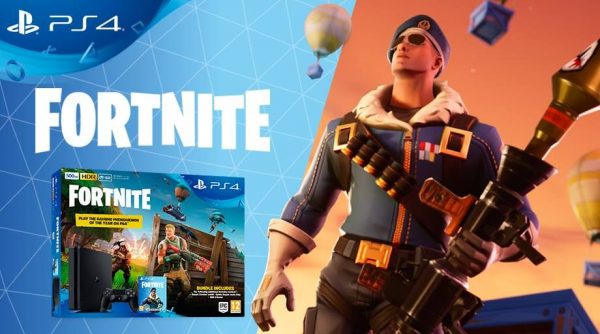 The exclusive Royale Bomber skinh was also datamined and posted on Skin-Tracker.

Because the bundle hasn’t been officially announced by Epic or posted to the PS Blogs, a price is uncertain. But it isn’t expected to cost more than the PlayStation 4 500GB sku currently on the market.