Fallout 4: Nuka World is driving us rabid with this Star Cores fetch quest. Let our guide save you the angst. 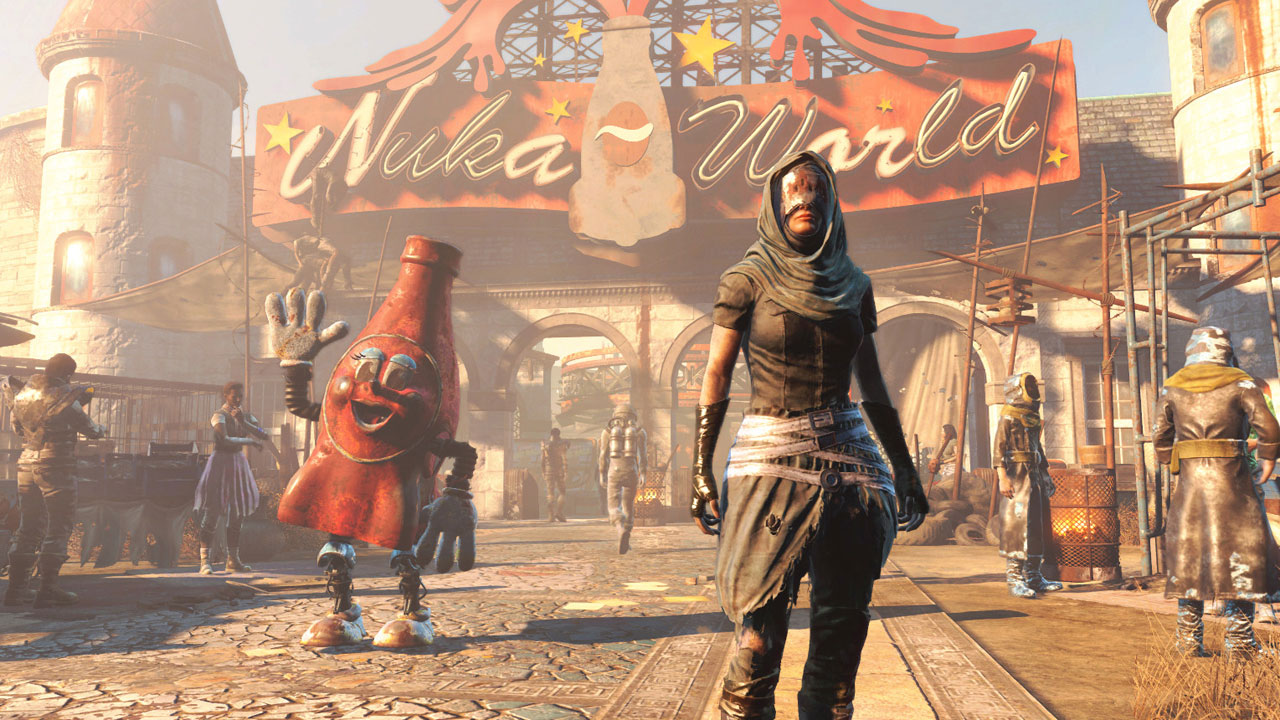 Vault-Tec: Among the Stars Star Cores

Fallout 4: Nuka World includes a quest called Star Control in which players must track down 20 Star Cores in order to repair a mainframe. Optionally, they can collect a full set of 35 to unlock a new set of power armour.

This mission is a necessary step in the main quest The Grand Tour, and takes place in the Galactic Zone. You can complete Star Control simply by wiping out every robot and turret on the map and its associated dungeons (marked with ride symbols), but it is worth doing it “properly” by tracking down the Star Cores. Doing so will automatically unlock all the Galactic robot mods added in Fallout 4: Nuka World, and of course there’s that power armour, innit. A fine reward for your hard work.

Fallout 4 Nuka World is full of these waypoint-less fetch quests, so we feel no shame about providing a guide for them. So here you go: directions to every Star Core in Fallout 4: Nuka World.

By the way, we have a huge Fallout 4 guide you can check out if you’re struggling with any other part of the game. If you have questions, we have answers.

There are four dungeons in Nuka World’s Galactic Zone – Starlight Interstellar Theater, Robco Battlezone, Vault-Tec: Among the Stars and Nuka Galaxy. Clearing these dungeons will net you a total of 23 Star Cores – more than enough to reboot the mainframe. These are the easiest Star Cores to find because you know how many there are in each area, and once the enemies are down, it’s just a matter of poking carefully into each corner.

Still, it’s pretty easy to miss a couple, so we’ve listed the location of each Galactic Zone dungeon Star Core below. Where applicable we’ve arranged them in the order you’ll encounter them along the linear crawls, so if you’re missing just one or two Star Cores as opposed to vacuuming them all up at aince, just wander along the crawl route and check in at each of the Star Core locations to see if you’ve grabbed it.

There are four Star Cores in this short, non-linear dungeon:

There are six Star Cores in this dungeon, but you’ll need to survive some tough robot encounters to claim the last one. If you don’t need every Star Core, skip the fourth one here.

Vault-Tec: Among the Stars Star Cores

There are six Star Cores in this confusing and occasionally deadly dungeon. Check the scenery in each room to orientate yourself.

This linear dungeon includes seven Star Cores. If you’re a stealth character, activating ride lighting at any active terminal will make it easier to sneak up on the many enemies and turrets. Otherwise, the standard emergency lighting makes navigation and spotting Star Cores much easier. Turn up your screen’s brightness!

Although there are a stack of Star Cores to be found in the dungeons listed above, a further 12 Star Cores are lying around in the overworld or miscellaneous cells. Seven of them are found in the Galactic Zone, while five are scattered around the broader Fallout 4: Nuka-World map.

There are seven Star Cores to be found around the Galactic Zone park. Clear out or avoid enemies to make this easier.

To get the last five Star Cores, you’ll need to range all over the greater Nuka-World map.

Look, we all know there’s no point playing games if you’re just going to cheat all the time, but we also know it’s very tiresome to do a bunch of fetch quests when you just want to shoot robots and pick pockets. So you’d be forgiven for wanting to spawn in 35 Star Cores through the console and tick the quest off that way.

If you really want to cheat your way through Fallout 4: Nuka World, you’ll need to use the console to advance the quest stage until you have “collected” all 35 Star Cores, and then install the 35 Star Cores you added to your inventory. You could also just no-clip through the display case and grab the power armour if you don’t mind the quest hanging around unfinished in your journal.

Honestly though, collecting the Star Cores doesn’t take too long now that you know where they all are. Good luck!