Bayonetta 2 will support some nice features when it releases on Switch next year.

Bayonetta 2 was announced for Switch last night during The Game Awards alongside Bayonetta 3 for Switch.

Switch owners who pick up Bayonetta 2 for the console can play with others via local, wireless co-op and Tag Climax, which was previously only available online, will be included. Players can also take part in online co-op.

Pricing for Bayonetta 2 is a little odd when you factor in the original Bayonetta which is also coming to Switch. We’ve broken it down for you below. 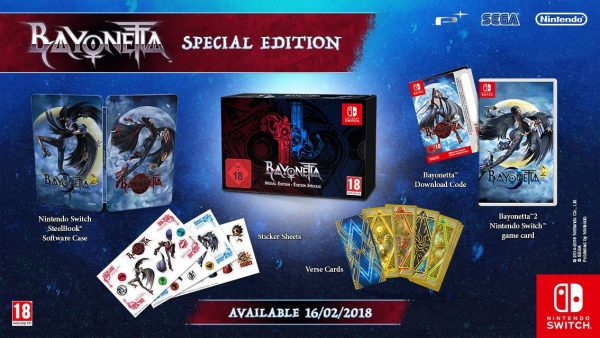 It comes with Bayonetta 2 on a Nintendo Switch game card, a download code for Bayonetta, a SteelBook and Bayonetta-themed stickers and Verse Cards. £69.99

Bayonetta 1 and 2 will both release for Switch on February 16 digitally and at retail.