The Fallout 4: Game of the Year Edition has been released, and it brought with it a few of those Pip-Boy Editions you couldn’t find two years ago.

The Pip-Boy Edition is available to players in North America in limited quantities at select retailers. In case you don’t remember, this is the $100 edition that comes with a wrist-mounted Pip-Boy that you can slot your phone into.

This is the same version sold at launch, so newer phones may have problems fitting into it if they’re too big. It’s available for PC, PS4, and Xbox One, and you’ll get a disc version with Game of the Year branding, too.

As for the Game of the Year Edition itself, it comes with the base game as well as all six pieces of DLC it received. That includes Nuka-World, Vault-Tec Workshop, Contraptions Workshop, Far Harbor, Wasteland Workshop, and Automatron. The GoTY Edition is priced $60/£40 and you can find it digitally as well as at retail. 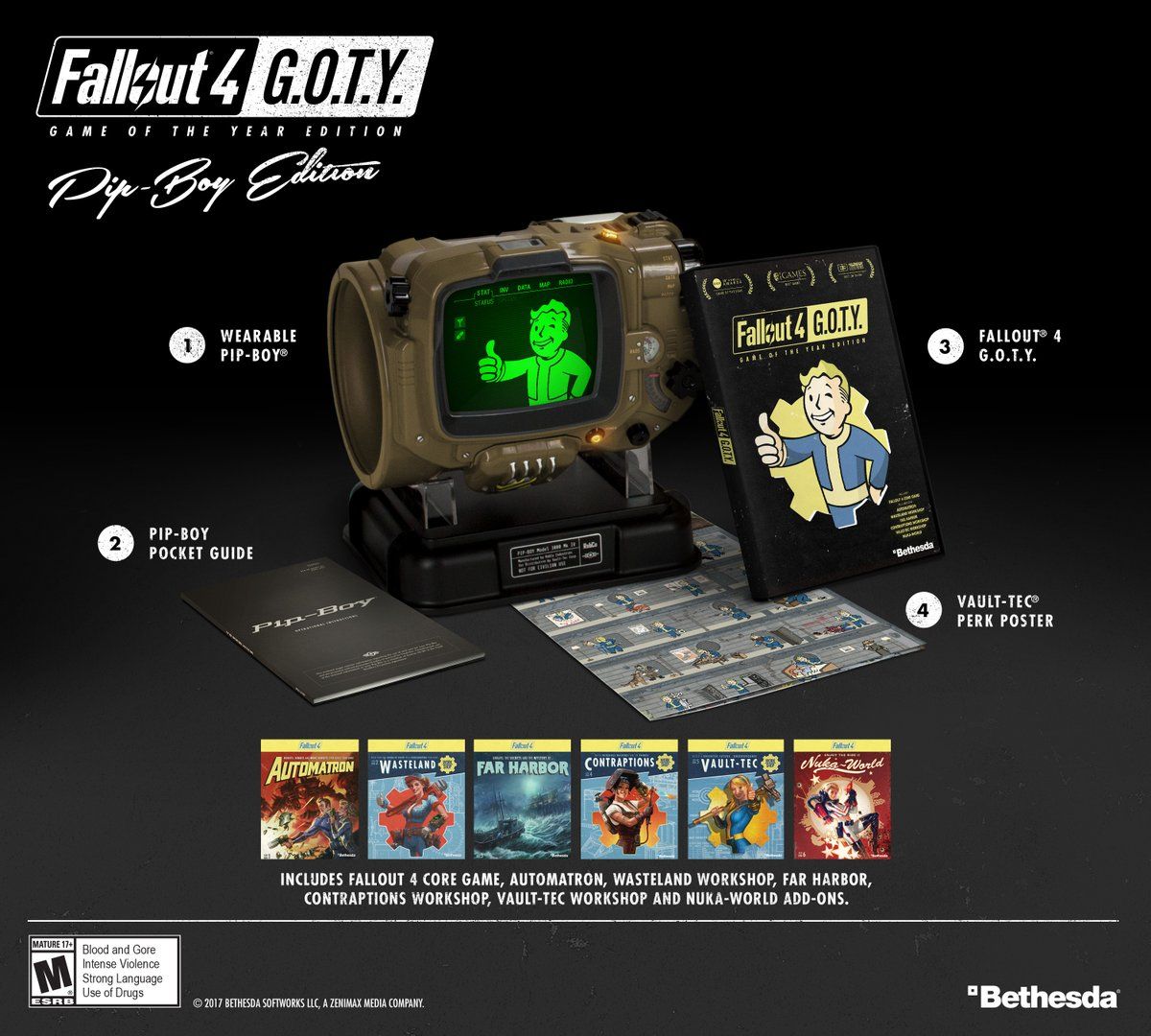 If you’re just getting started in Fallout 4, or thinking of revisiting your old save, be sure to bookmark our Fallout 4 guide. You’ll find solid Intel on many of the game’s features, such as these game-breaking builds, our guide on how to romance companions, working out the best settlement locations and more.

This isn’t the end of Fallout 4 releases this year, either. Fallout 4 VR is due for release December 12 on HTC Vive.