We’ve known for a while that Katsura Hashino was working on something new, but a thank you posted to his Western fans confirms that he’s leaving Persona to his successors in the process. 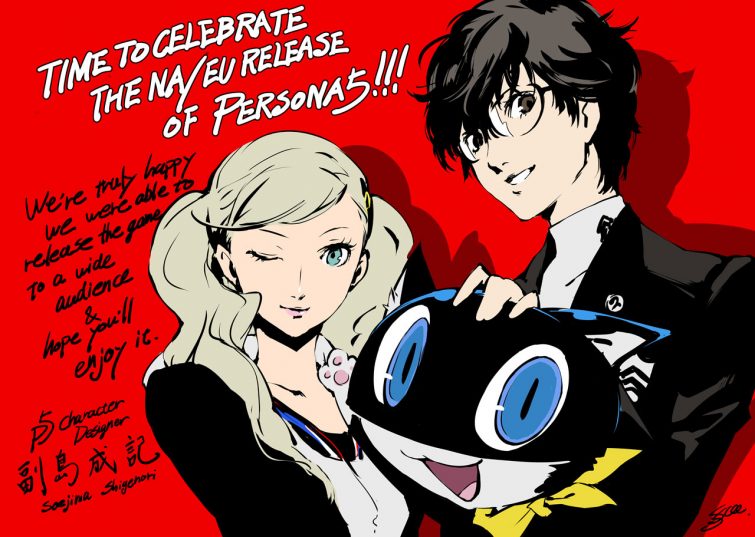 In a thank you post on the PlayStation Blog, Hashino discusses how happy he is to hear of the game’s success outside Japan. ” Persona 5 is a very ‘Japanese’ story with some political aspects to it, so I couldn’t imagine how Western players would react to it”, he writes. “I did know, however, that Persona 5 was highly anticipated by gamers overseas even back when we were developing the game, so I was curious to see how its story would be received.” It’s fair to say that it was received well; the game received exceptional reviews. It also sold very well, opening at number 1 in the UK and selling out its first shipment across Australia.

“No matter what kind of project I take on going forward, I love creating RPGs that are both moving and relatable regardless of cultural differences—in fact, I’m most interested in strengthening those aspects right now”, he says. We know that Hashino is working on something new now, as part of a spinoff studio within Atlus.

“Last year, with the milestone of the Persona series’ 20th anniversary, I handed off the series development to my successors and announced the start of my new RPG project that takes place in a fantasy world”, Hashida writes. This confirms what we expected for a while, but weren’t certain of – that Hashida will not be involved in the next Persona game. After serving as director on Personas 3 through 5, it’s fair that he would want a break.

Persona 5 is available on PS4 and PS3.