We test out Volition’s latest Saints-Row-but-not and come away impressed. 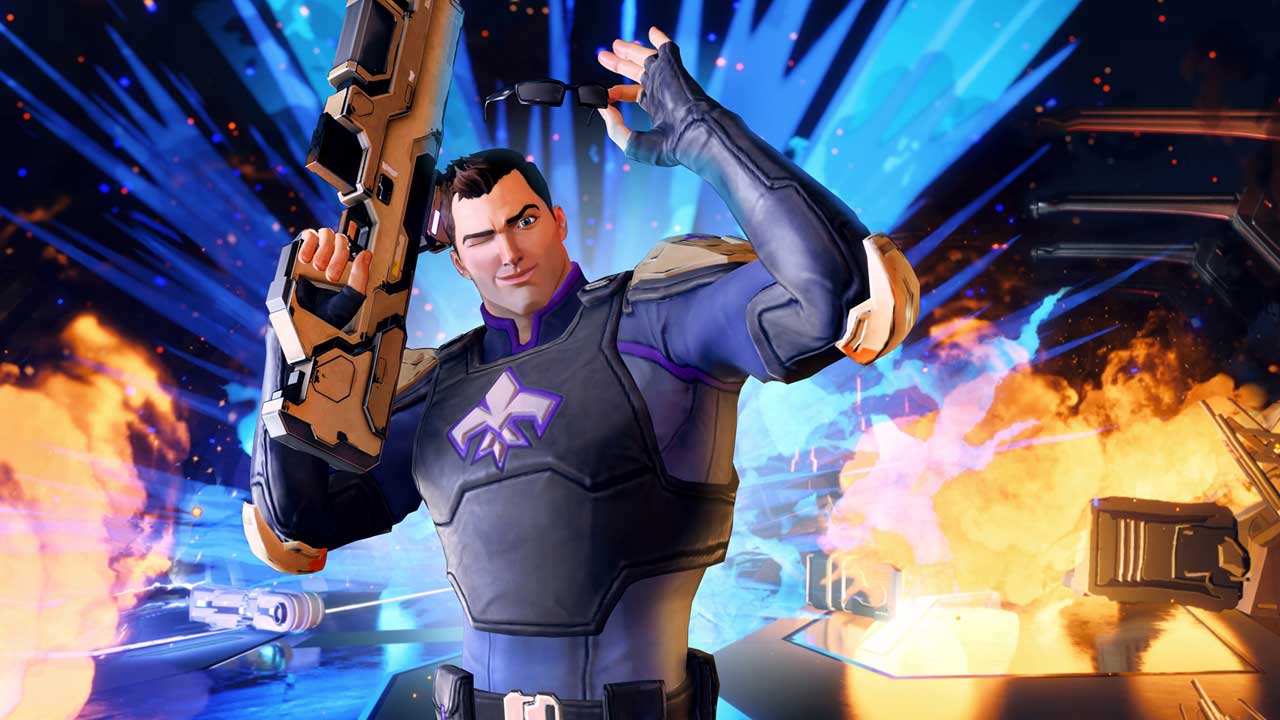 Agents of Mayhem is gonna be a blast, with the emphasis on blast, blast, blast. The latest game from Saints Row creators Volition Studios is a similarly potty-mouthed, 80s-cheese inspired, mostly open-world 3rd person shooter. It’s a fine niche.

We went hands on with a number of segments: some of the Agent origin/recruitment story missions, a few small open world segments, and some more linear missions that ended in pitched boss battles. We were also introduced to nine of the twelve playable characters and plenty of key NPCs on both sides of the battle.

“No amount of knowingly puerile humour is going to replace great action and gameplay, and it’s clear all those years developing Red Faction and Saints Row have really paid off.”

The battle is one for the fate of the world (obviously) after the super villainous LEGION and subtly monikered leader Morningstar smashed everyone with teleportation tech and weaponised Dark Matter. Something called The Ultor Corporation manages to headhunt former LEGION honcho Persephone Brimstone to recruit a rag tag bunch hellbent on revenge – and that’s where we come in.

Much like Borderlands, the colourful cast and their even more colourful language is perhaps as crucial to the game’s charm as the explosions and loot. “There are plenty of more serious games… we wanna bring players an experience they can laugh with” says Kate Nelson, veteran Volition producer when I ask what the ideal first reaction to the game is. 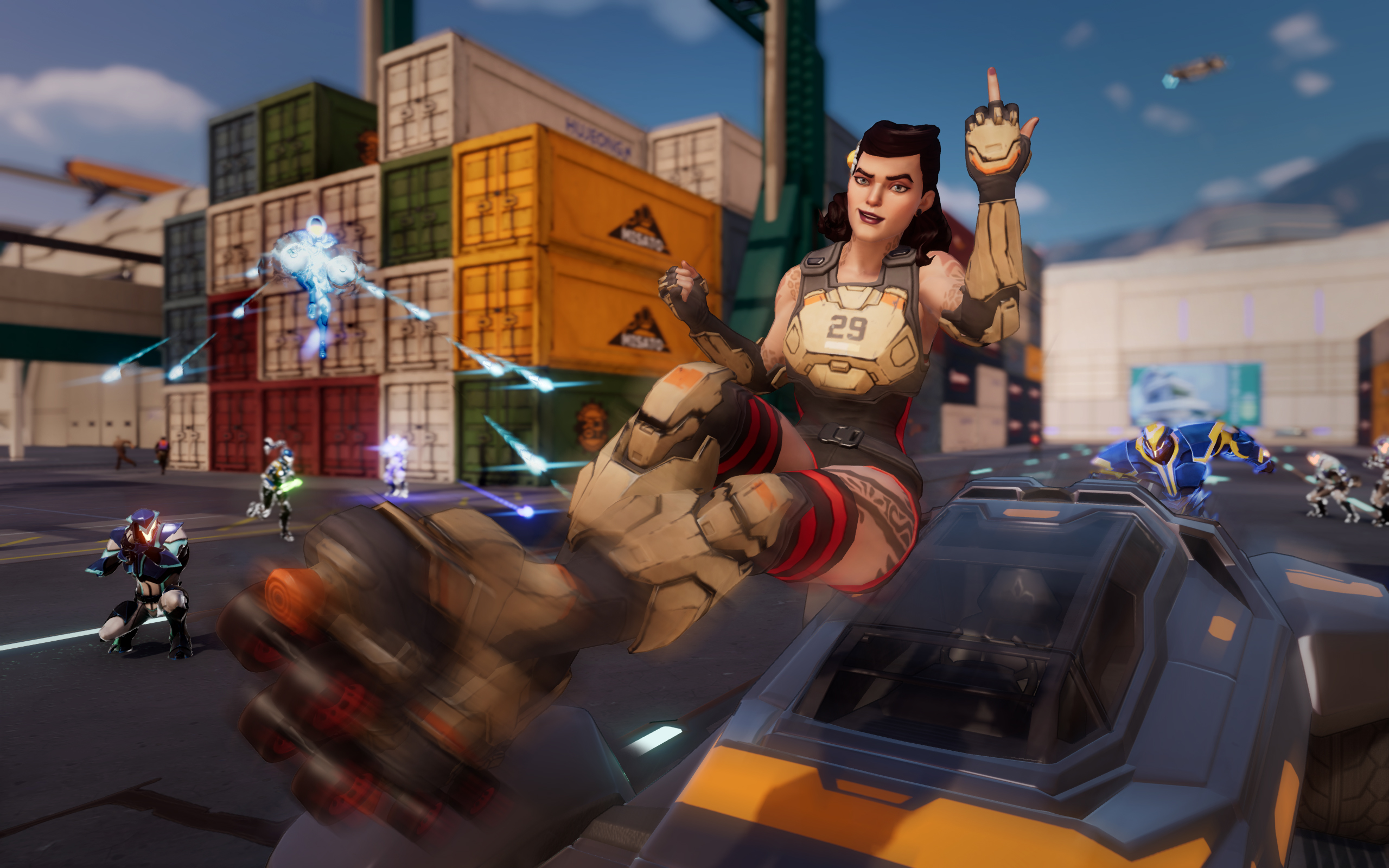 And it works. I found myself chuckling at Daisy, the the ex-roller-derby girl ‘built like a brick shithouse’ (her words) for example. Her recruitment mission sees a retracing of her drunken steps/skates from the night before, demanding pizza from a talking sushi takeaway statue, before ending up in a human vs. robot fight club. During ex-boot camp sergeant Braddock’s recruitment mission she recounts the sadistic forfeits she made her squaddies go through, such as making one stand on his locker singing ‘I’m a little teapot’.

“They’re really not the perfect iconic heroes” Nelson clarifies. “It’s an 80s cartoon vibe, mature version of those cartoon heroes, and we ‘elevate’ them into a more serious mindset or just make them more out there in general.” It’s not all post-ironic one liners, as relationships between the individuals seem to develop over time, which really helps to create a sense of camaraderie between a great ensemble cast.

Of course, no amount of knowingly puerile humour is going to replace great action and gameplay, and it’s clear all those years developing Red Faction and Saints Row have really paid off. Aiming is satisfying, weighty and responsive, melee attacks feel brutal, and each agent’s ability set (of a special, a dash and a Mayhem power) feels powerful and unique.

What sets the gameplay apart mechanically is “the swap, putting together different squads, finding synergy. Crafting that, and setting up the combos” as Nelson says. 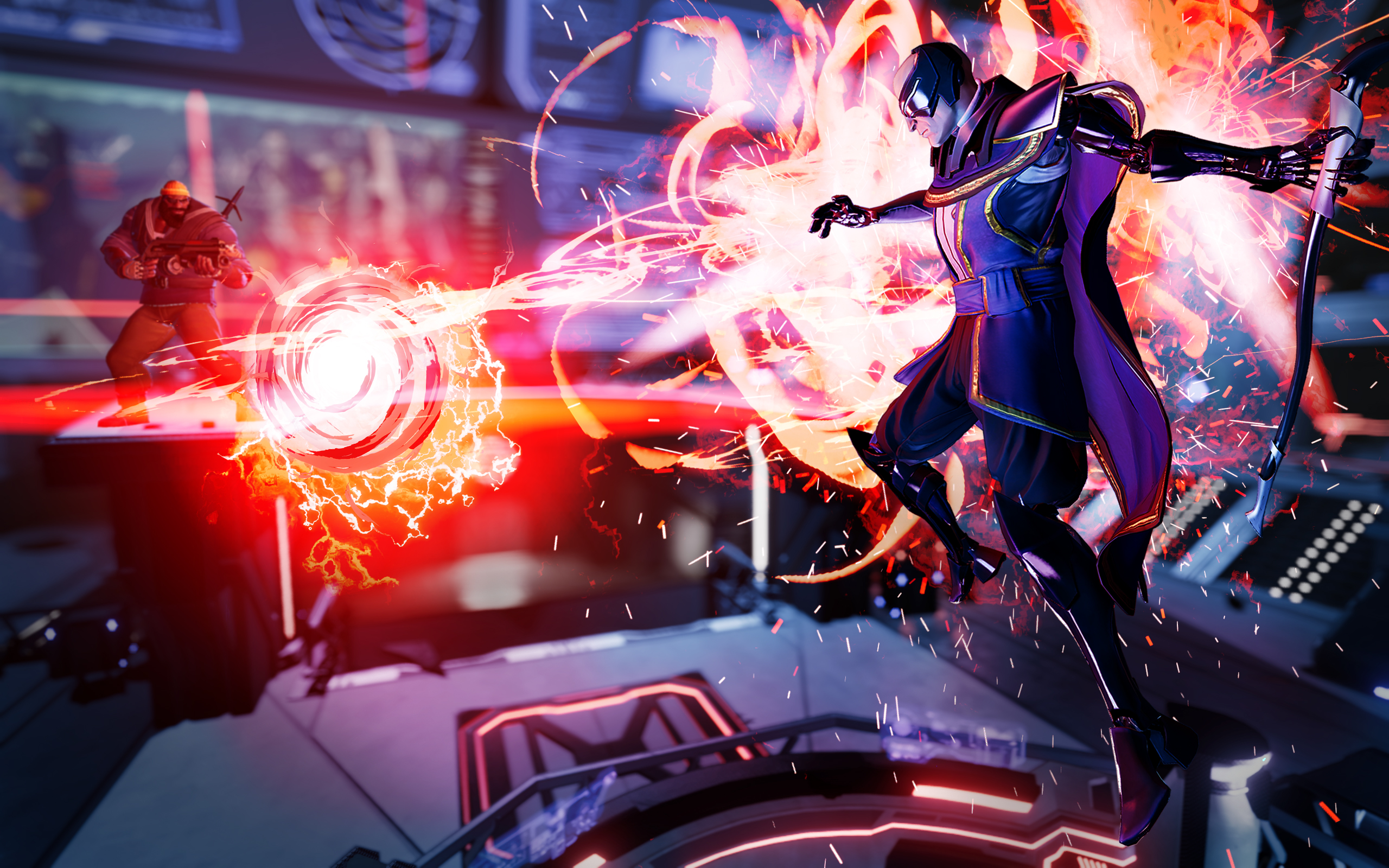 “It’s actually super satisfying to transition from the open world into a more linear, focused mission. It’s in these that the combat encounters, and OTT, multi-stage boss battles really shine.”

The swap is your ability to instantly switch between 3 (out of the 12) agents you decide to use for the mission. For example, the fantastically sadistic aforementioned Braddock gains a fortify and empower buff when swapped to. Or, dual-wielding, agile Fortune’s ‘Mayhem’ ability is an area of effect stun, and you might switch quickly to the shotgun and harpoon toting but slow Hardtack to really exploit the stun and wrack up silly damage.

It’s an elegant system that encourages experimentation and strategy, but is equally as satisfying on the fly. “Of course there lots of ways to customise within each character” – Agents gain new skills and agent-specific gadgets (effectively mods, i.e. slower reload for increased mag size) as they gain experience.

As such while you could balance every hero for maximum tactical flexibility, you could just as feasibly stick with your fave trio the whole time. And for the vain among you – yes, there seem to be plenty of weapon and agent skin variants (and you won’t even have to spend £100 on loot crates for a 5% chance of getting the one you want).

The rest of the mechanics are as expected for a game of this kin and feel pleasingly polished and tactile. It’s easy to get around thanks to a nice floaty triple jump and the Saints Row school of quickly summoned vehicles with big boost gauges. There are enemies and collectible doodads dotted around generously, etc. the open world isn’t a fancy simulation, but the city of Seoul feels alive enough to enjoy exploring. 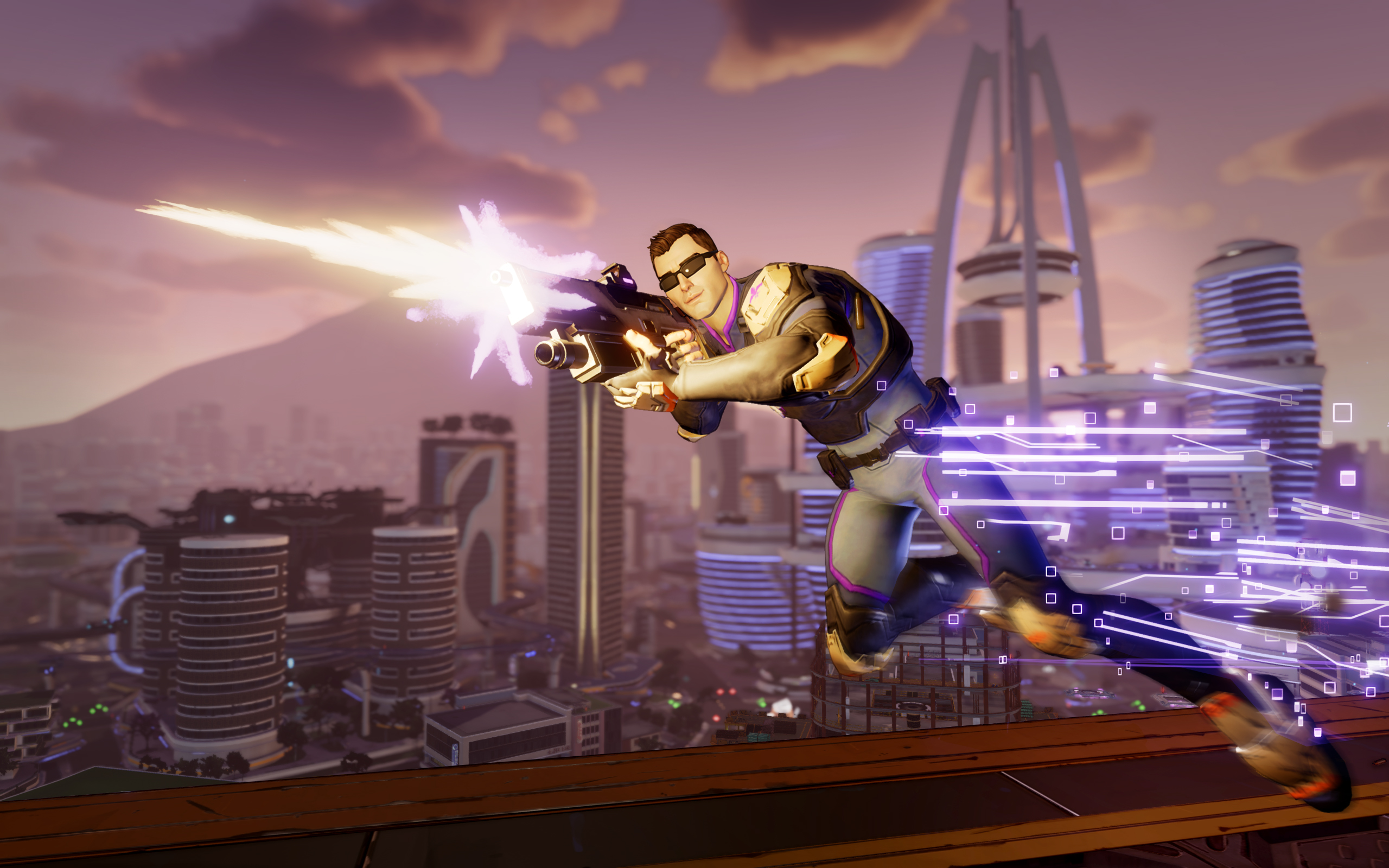 And, even though it’s not exactly seamless (i.e. you get a loading screen and you teleport to the location) it’s actually super satisfying to transition from the open world into a more linear, focused mission. It’s in these that the combat encounters, and OTT, multi-stage boss battles really shine.

Each mission should also provide replay value, too. “Depending on which agents you use, they’ll respond to stuff with their own lines, their own personalities,” Nelson explains. It’s a small concession when hinting at a grind, but on the other hand the quality of writing and the different feel to each agent means it’s likely to be more pleasure than business.

All told, Agents of Mayhem is firmly on my radar now. The game seems pleasingly averse to the overwhelming feature creep of other open-world action games, and the team’s writing has definitely evolved from Saint’s Row. We clearly weren’t shown everything so there may be more surprises in store, but the core mechanics and cast already feels like a rollicking quick to pick up good time with some strategic depth.