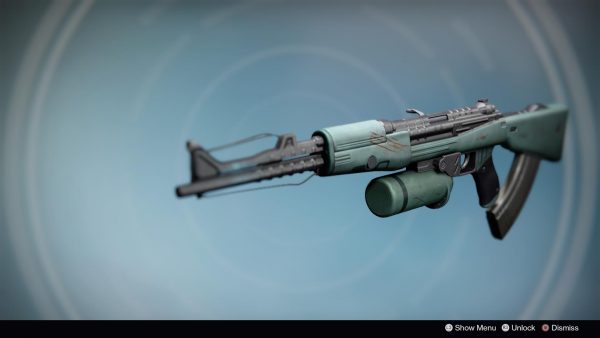 Xur brought one of the most popular primary weapons in Destiny with him this weekend. Zhalo Supercell is an auto rifle, but not just any auto rifle.

Zhalo is the only auto rifle that does elemental damage. The weapon came with The Taken King expansion, but Bungie quickly realised that adding elemental damage to primary weapon attributes was a bad idea, because of the many balance problems it would introduce.

Zhalo Supercell was quickly nerfed afterwards, but it’s still very good. To this day, it excels at dealing with large groups of enemies. You’ll even see your Arc rays transferring from one enemy to the next, as they continue to take damage.

Since you’ll be getting plenty of double kills with this weapon, your Super energy will be recharged by a small amount every time you do so, thanks to the Bolts from the Blue perk.

You won’t find much use for Zhalo outside of PvE, but it’s definitely worth picking up. It’s also worth noting that the weapon has two Ornaments that change its appearance and give it some really cool looks.